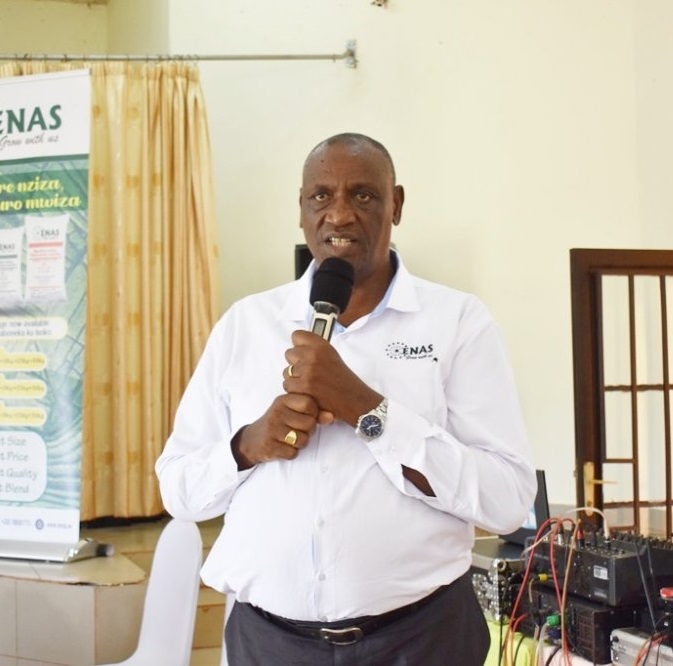 A Gasabo court has today ordered release of businessman Alfred Nkubili, but charged him with one count of forgery in which he was ordered to repay government funds.

Nkubiri has since November 2020 been on trial over charges of alleged embezzlement, fraud, forgery and tampering with evidence; in a case he was accused of defrauding the government over Rwf2.3bn.

The embattled businessman who has suffered sickness while undergoing a trial, was supposed to get the final court decision in May 2021, but this was postponed twice for various reasons including unfinished clerk paperwork.

Nkubiri, who runs a company known as ENAS, is a renowned businessman especially in the Eastern Province, was accused along 11 others who were said to have connived to defraud government funds in a fertilizer distribution tender.

The alleged crimes were committed between 2009 and 2013, where Nkubili and accomplices were accused of not fulfilling the task of distributing fertilizers to farmers as expected- charges which they all denied.

During the earlier trial appearances, prosecution accused Nkubiri of defrauding the government in a botched fertilizer distribution to farmers in which he had acquired a supply tender on behalf of the Ministry of Agriculture.

In this, Nkubiri was accused of creating ghost recipients and inflating the amount and cost of the farming inputs.

The prosecution said that the accused had created a ghost list of 36 beneficiaries and signing reception of fertilizers on their behalf with forged vouchers.

Normally a farmer who get subsidized fertilizers is supposed to present a voucher to an official fertilizer dealer to get their requested fertilizer package.

For the prosecution of the above charges sought a six-year jail sentence for Nkubiri and a Rwf4million court fine.

In his defense, Nkubiri said that there was no evidence to prove beneficiaries got fertilizers without vouchers and that if they did get fertilisers under a forged list, the prosecution should present the vouchers on which this transaction was done.

Nkubiri also asked prosecution to be clear to explain if the 36 alleged ghost beneficiaries were representative of the thousands of farmers who benefited from the fertilizer distribution program.

After considering all arguments and evidence, Gasabo Intermediate Court on June 25, 2021 found Nkubiri guilty of one charge (forgery) and ordered him to refund Rwf1.9billion to government coffers and pay a fine of Rwf3million.

One of the co-accused, Théopiste Nyiramahoro was also cleared of conspiring in the crime of forging fertilizer documents in this case and was immediately granted release.

Other co-accused suspects, in this case, had earlier on been released on bail.

If the prosecution doesn’t appeal the decision, the closure of the Nkubiri case will also close chapters of farmer’s complaints on lack of inputs, as the national fertilizers program has since been revamped with farmer subsidized fertilizers application now using the Smart Nkunganire System (SNS) technology developed by the Bank of Kigali.

Kagame Welcomes Tshisekedi to Rwanda in a Historic Visit