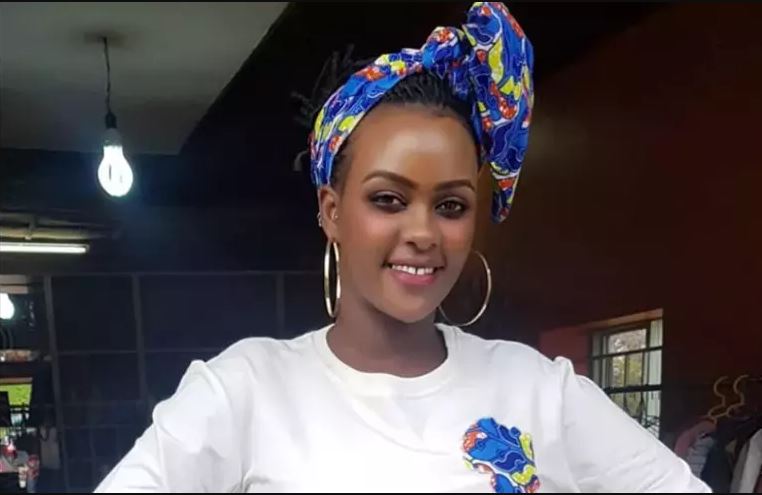 Some celebrities were one day called “underground” artists and, during that time, their dream was to share a stage with celebrities.
Uwamwezi Nadege, a.k.a Nana, one of the most popular local actress has a similar story.

Mother of one, Nana who is also a fashion designer with her own Nana Fashion Boutique told KT Press that acting became a fashion since childhood and she does not know what else she can do in life.

After graduating at secondary school, Nana joined Kwetu Film Institute to pursue drama, where she got her first acting part in the film Rwasibo.

Thereafter, she appeared in a number of successful films and television series, including City Maid, which has exploded in popularity among the general public and has changed her life to the better.

“When I look at my old pictures, there is a huge difference. I have now grown into fame, thanks to GOD,” Nana said.
“I can now sort out my financial needs on my own and can even support others in need. I thank God because my life has improved tremendously.”

Nana’s advice to the youth is to always push hard and avoid giving up on their dream.

“You can go slowly but surely; with time, you can be sure of succeeding provided clear goals,” she said.
“Don’t compare yourself to anyone. Start as yourself.”

While Nana enjoyed acting in all movies, she particularly fell in love with Rwasibo series. “It was my first film and I was excited to meet local movie stars,” she said.