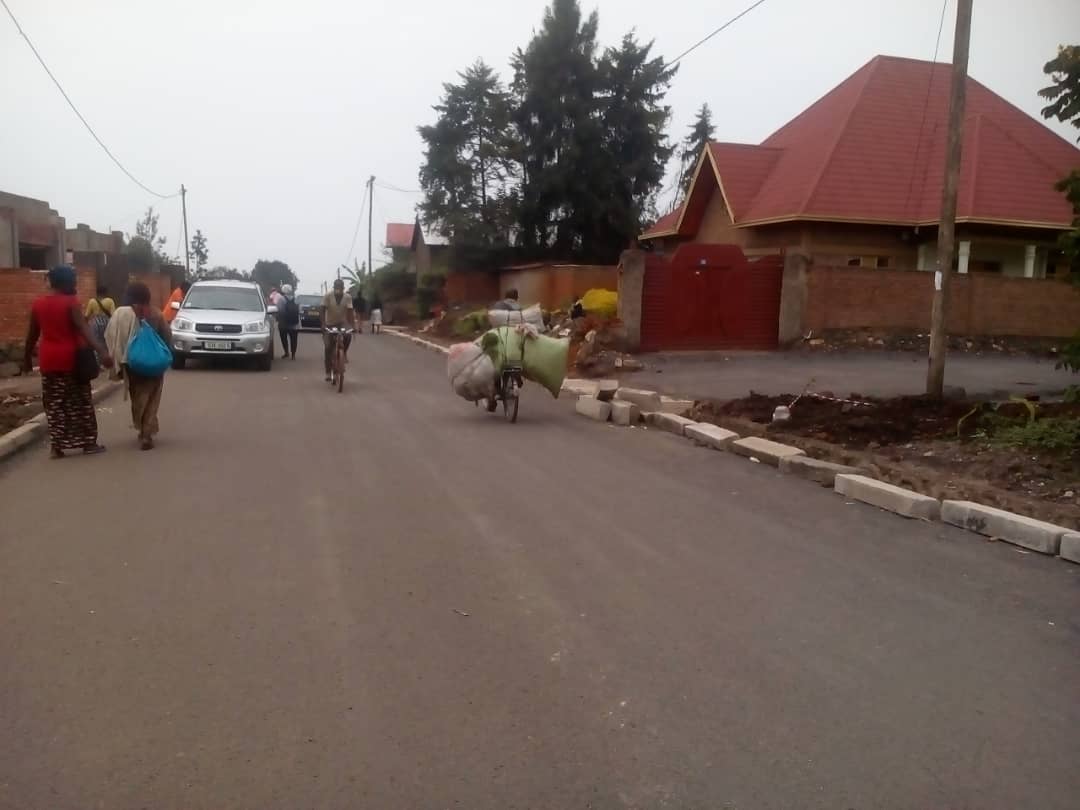 One of the RUDP roads connecting Rubavu market to the border

Rusizi city, one of six secondary cities from Western Rwanda is surrounded by the shores of Lake Kivu on the border between Rwanda and the Democratic Republic of Congo (DRC).

This makes it a perfect place for tourism activities

Until 2012, the city had a handful of hotels including; Hotel des Chutes and Centre Pastoral Inshuti- which offer a perfect view of Lake Kivu banks and the gentleness of Mother Nature.

Despite being a potential tourism hub, back then, citizens say Ruzizi received a few visitors willing to spend a night in hotels located outside the city center and they would prefer staying in lodges for one reason- road accessibility.

Father Benjamin Bapfakurera, the Manager at Centre Pastoral Inshuti hotel located in Camp Cyangugugu says this was a result of lack of hotels and proper road networks leading to existing ones.

“We could receive less than twelve visitors in a day, because our motel is located outside the town and it was not accessible due to muddy roads which visitors with vehicles hesitated to use,” Bapfakurera said.

Those who accessed Centre Pastoral Inshuti hotel say that they had to spend at least Rwf1000 on a moto-taxi, for a distance which is less than ten minutes out of the city center.

All this changed in 2018, when Rusizi received Rwf 5.5 billion to construct 5.09km asphalt roads and 1.854km drainages connecting hotel facilities to the business community in Kamembe town under the Rwanda Urban Development Project (RUDP)- a World Bank-Government joint funded project.

“We began getting more visitors because of the new roads and luckily enough we already had an expansion plan in place and enough land to increase our capacity to house over 60 in-residents,” Bapfakurera said.

Rubavu city, also in the Western province is another border city that benefited from RUDP roads and drainage project with Rwf 10.2 billion injected in 7.984km roads and 856.87km of drainage.

RUDP project was initiated in 2017 where one of the major oldest markets (MbugaNgari) got a road and lights connecting it to the minor border post commonly known as Petite Barriere.

“This changed the business environment. I can sell more than ten bags of g-nuts to Congolese traders per day instead of three bags before,” Cecile Mukamana, a trader says.

Motorcyclist In Awful Transport of A Baby Arrested, Mother Wanted