Motorcyclist In Awful Transport of A Baby Arrested, Mother Wanted

The rider in this social media photo has been arrested while the female passenger is on the run.

On Sunday, June 13, 2021, Vedaste Nzayisenga, a moto-taxi rider from Huye city got a female client at the city taxi park towards 4 PM.

The woman, heading to a village sector of Gishamvu was carrying her baby on the back and she also had a loaded suitcase.

They bargained and Nzayisenga told the woman to fit the baby well on her back and to hold the suitcase on her thighs. They hit the road.

The commuter and her rider were warned before they exit Huye city, but they took it lightly.

“At the level of Mukoni, concerned passer-by stopped us and advised the mother of the child to tighten well the baby holder against her back which she did,” says Nsengiyumva.

“We reached safely but last Friday I was surprised to read a traffic police message on my phone according to which I had to pay Rwf 45,000 fine for carrying more than one passenger on top of a luggage,” he said. 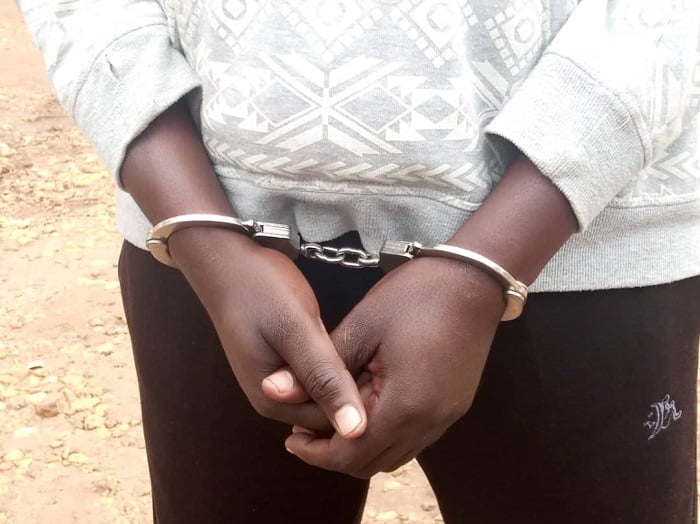 In the process, the motorist was arrested and his motorcycle impounded.

SP Théobald Kanamugire, the Police Spokesperson in Southern Province told Kigali Today journalist, that Nzayisenga is pursued as co-offender in the crime of unintentional bodily harm.

The mother who is also wanted is also suspected to have committed the same crime.

Article 118 law No 68 /2018/ of 30 /08/2018 Law determining offences and penalties in general stipulates that any person who, through carelessness, inattention, negligence, lack of precaution and foresight, causes bodily harm to another person but without any intention of endangering his/her life commits an offence.