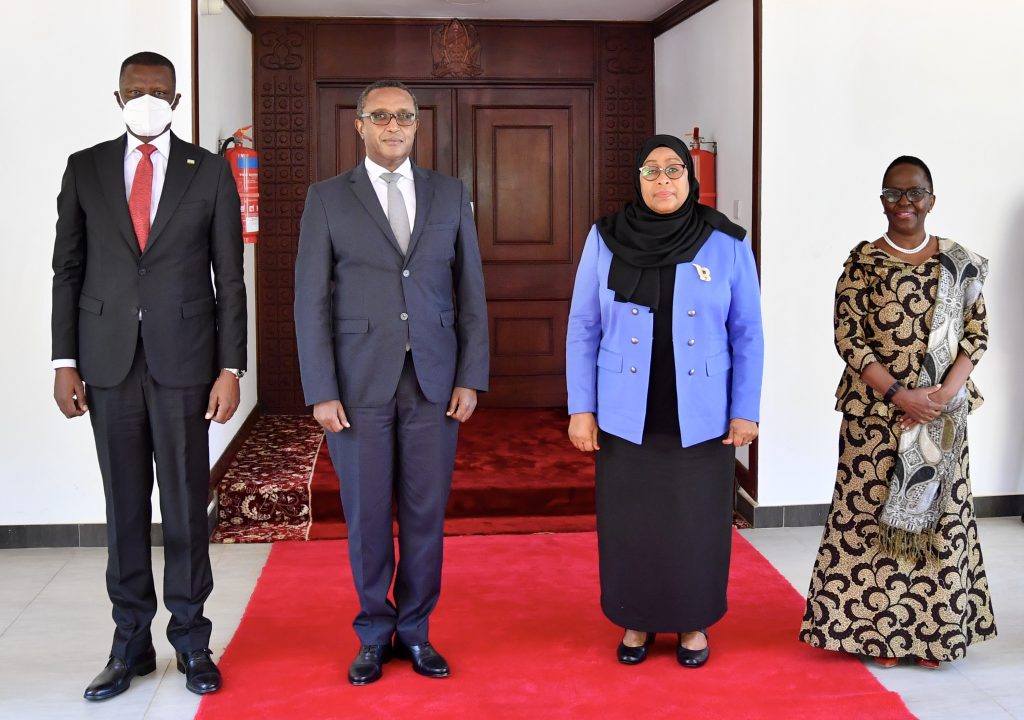 Tanzanian President Samia Suluhu Hassan on Thursday received a special message from President Paul Kagame, delivered by the Minister of Foreign Affairs and Cooperation, Dr. Vincent Biruta, on how the two countries will advance bilateral relations.

Dr Biruta, as a Special Envoy, delivered the message to President Suluhu, who took office in March, following the demise of the late President John Pombe Magufuli, marking the first direct interaction between the two leaders since she took over.

A statement from the Office of the President of Tanzania indicated that the message contained further condolences to the East African country and a congratulatory message to President Suluhu as well as a message on strengthening ties.

“The President of Tanzania, Her Excellency Samia Suluhu Hassan, received a message from His Excellency the President of Rwanda Paul Kagame on 3/06/2021, which was delivered by a Special Envoy, also the Minister of Foreign Affairs, Dr. Vincent Biruta,”

“In his message, President Kagame extended his condolences to the country, following the passing of President John Pombe Magufuli, and congratulated Her Excellency President Samia Suluhu Hassan upon her election as President, assuring her that Rwanda is ready for to strengthen relations and cooperation with Tanzania,”

“His Excellency President Kagame said that Rwanda is ready to work with Tanzania to implement development projects including power generation projects at Rusumo, and the construction of a modern standard gauge railway linking Kigali and Isaka-Tanzania, which will facilitate the transport of goods from the port of Dar es Salaam, Tanzania to Rwanda,” the statement reads. 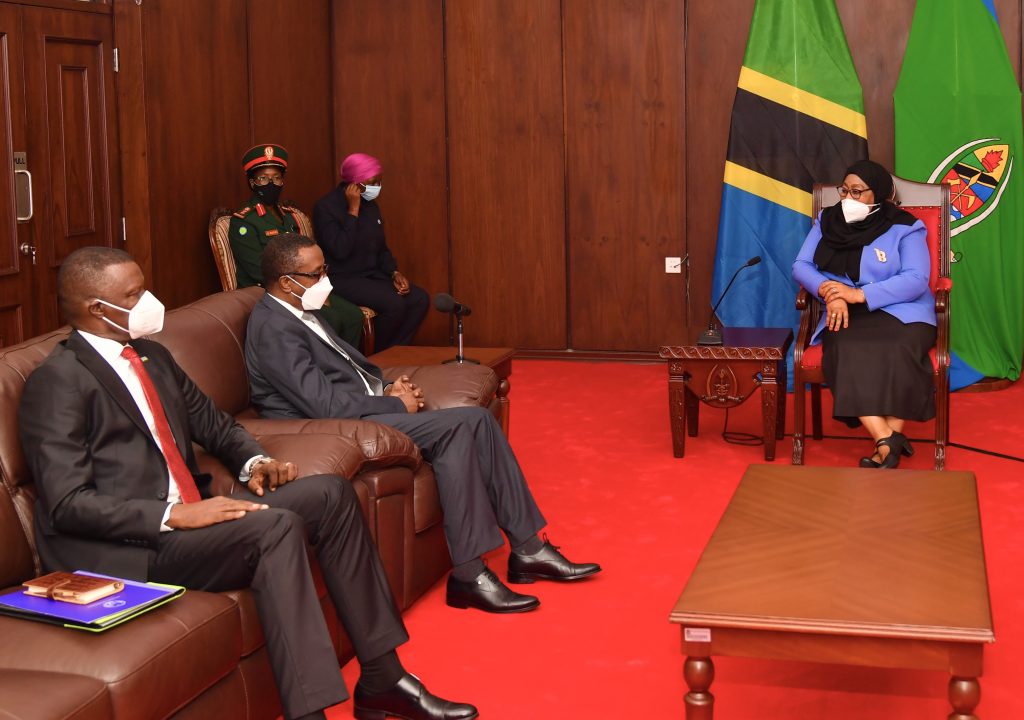 The announcement further said that President Suluhu thanked President Kagame for his message of condolence and gratitude, adding that Tanzania is ready to strengthen relations and cooperation with Rwanda.

Regarding joint projects between the two countries, President Suluhu called on the ambassadors of both sides to step up their efforts to identify new forms of cooperation based on the interests of both sides.

The High Commissioners of the two countries were also directed to fast track a fish transport project where the national carrier, RwandAir will be transporting fish from Mwanza to Isaka inland port.