As eleven districts, including three in the City of Kigali are put under lockdown, the underlying message from the government remains the same: we are all in it together, and we must be guided by science.

For the last three weeks or so, movement between different parts of the country, save for journeys to supply essential goods and services, has been restricted, to contain the rising rate of infections.  Permission was required for travel from one town, or one part of the country to another.

The measures did have the intended effect of slowing down the rate of infection, but not as much as was hoped. The decision was taken to put the areas with the highest rates of infection, including Kigali, under full lockdown, as of Saturday 17th, reviewing that decision in ten days’ time.

The numbers leading up to that decision were to say the least eye-catching, as the Minister of Health, Daniel Ngamije, outlined on Thursday, explaining the background to this latest lockdown.

“The numbers that best explain it are from the beginning of June, we had no more than thirty people getting infected every day. Now, approaching mid-July, we are seeing 800 to 900 getting infected daily,” Dr. Ngamije said.

Not only were numbers rising dramatically, but those infected were showing more severe symptoms than had been observed hitherto. Covid-19 treatment centres, some of which had been closed in February, have been reopened, and are filling up to capacity.

The death rate too has been rising. It is only a matter of a couple of months or so, when for Rwanda, five deaths from Covid-19 were regarded as high. Now twenty or more deaths have been recorded in one day. 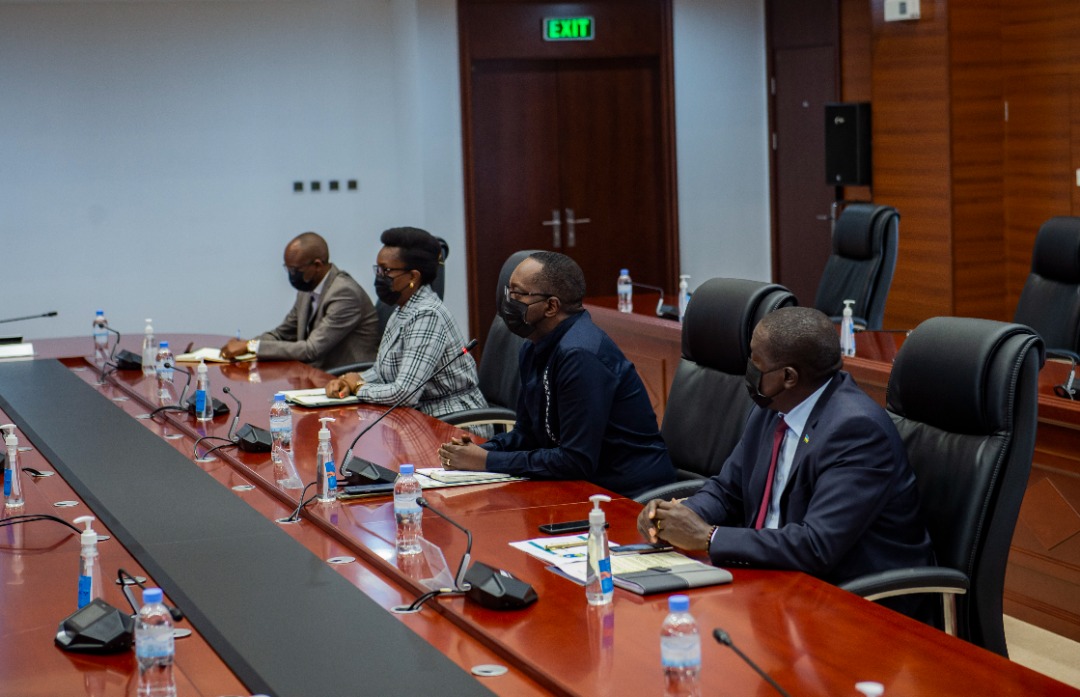 Part of the reason for the dramatic change is put down to the new Delta variant, which is more contagious. And perhaps more significantly, Rwanda is now experiencing the so-called community transmission. The virus is no longer coming in from outside the country’s borders, it is now in every part of the country.

More than a year into the pandemic, epidemiologists, researchers and healthcare professionals alike, agree that difficult, and inconvenient as it is, lockdown nevertheless works.

We know how the virus spreads, from person to person, in ways that are by now familiar to almost everyone on the planet. Restrict the movement of people, and you deny the virus ever more increasing hosts. Lockdown, or as it is known in Rwanda, Guma murugo (stay at home), grounds the virus’s transportation system, individual human beings.

What is encouraging is that Rwanda’s response to Covid-19 has been preventive rather than reactive. As well as halting the rate of infection, this lockdown is designed to prevent hospitals from getting overwhelmed, a real possibility, if numbers continue to rise.

With a daily rate of infection as high as it has been, pressure on health professionals is inevitably immense. As is the pressure on the resources for the equipment they need.

The ten days of lockdown are not only to bring the numbers down, but to also provide more information on the extent, and rate of infection.

There will be mass testing in the areas under lockdown, including whole households. By the end of lockdown, those with mild symptoms will have been asked to go into self isolation to allow the virus to run its course, treatment will have been given to those who needed it, and data harvested will be an important addition to the information needed to determine the next response.

No government likes impeding the flow of normal life. Lockdowns are a last resort, reluctantly put in place. But they have also proved an effective weapon against the virus. Governments around the world that have shied away from lockdowns, when faced with the need for them, have, without exception, come to rue that failure to take the difficult decisions.

For all the three lockdowns, the Rwanda government has had nothing but fulsome praise for the way the population have responded.

“In general, our people have been exemplary” said the local government minister, Jean Marie Vianney Gatabazi, “there is a minority who need to be more responsible, but on the whole, right across the country, the people have understood the need for these measures, and have observed them. We need them to continue to do so.”

“We should not be too focused on what happens at the end of the ten days of lockdown” he continued, in answer to what happens after the stay-at-home period, “everyone should focus on what they need to do now, so that those ten days give us the result we hope for.”

He might have been forgiven for giving himself, and the government in which he serves, a pat on the back too.

The government of Rwanda has earned an enviable trust between government and governed. It is not something either takes for granted. The intent and effort to listen and respond to people’s wishes is almost palpable.

“People felt that the last lockdown gave too little notice to prepare for it, and this indeed seemed to have been true, with some people needing help, after missing public transport from the places they work, to their rural homes” admitted Gatabazi, “it is for that reason that this time, we have allowed for a full clear two days, for people to properly prepare. This really should be enough.”

And those who need support with essentials, especially food, are assured that the process will be smoother. A much more systematic approach, calculating people’s nutritional requirements is being taken, learning lessons from what worked, and did not work the last time.

The government has given itself a target to lower the rate of malnutrition, and there is an awareness that lockdown can undermine that campaign. Households with young children, who would otherwise be unable to properly provide for them during lockdown, will be given the kind of foods that meet the nutritional needs of those children.

And people are reminded not only of their responsibilities to properly observe the measures in place to combat the pandemic, but also of their rights.

“Every Rwandan must be given the respect due to them” said Gatabazi, adding however, no doubt with the irresponsible minority in mind, that rights come with responsibilities.

And it is to the irresponsible minority that the ever forthright Commissioner of Police Jean Bosco Kabera, the Police Spokesperson, addressed himself.

“The Police are ready for what we need to do” he warned, “we are here to serve people, but also to make sure that these important measures are properly observed. We take no pleasure in detaining anyone, in fact we would much rather not have to.”

Abuse of regulations, including people operating bars that are supposed to be closed, and even parties in crumpled venues, fertile conditions for the virus to spread.

“It is now 1 year and 4 months, since the beginning of the pandemic. All of us, police, and people, know what is expected of us. Nothing is new to us. The Police will play its part to combat the spread of the virus, we are calling upon people to play theirs.”

As in the first three lockdowns, businesses that provide essential goods and services will be exempt from closure. These include pharmacies, supermarkets, food markets, financial and telecommunications services.

But both the industries and businesses that provide these goods and services will be expected to seek permission from the relevant ministries, and decrease their employees to 30% capacity. These employees, moreover, should be tested.

The world is likely to have to live with the virus for the foreseeable future, and further lockdowns cannot be ruled. Rwandans may have to take some comfort from the fact that lessons are clearly learned from each lockdown, making the next, if it comes, that little bit easier, less exacting than the last.