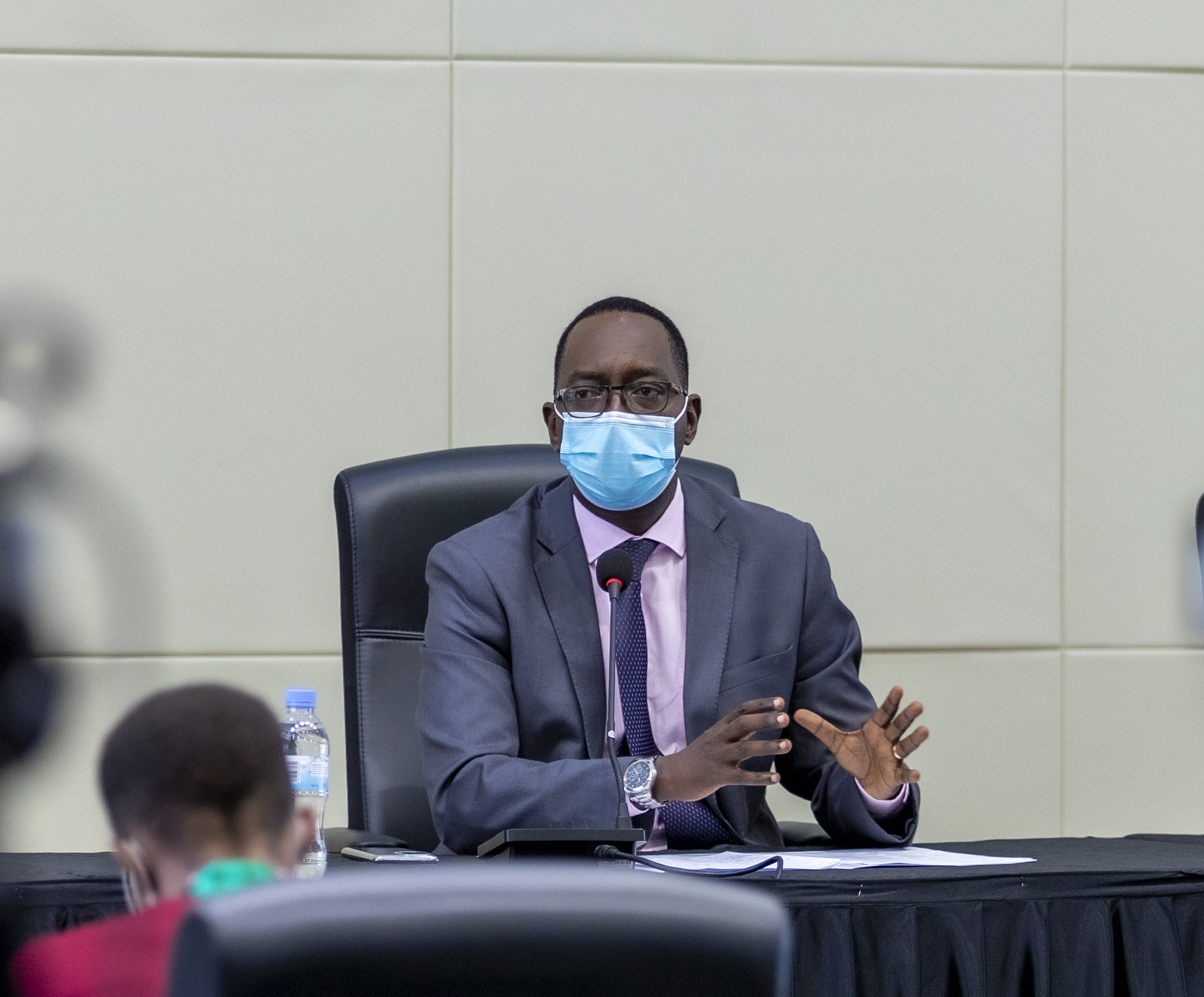 The Minister of Health Dr. Ngamije said mutating COVID-19 is proving to be deadlier than thought, with new variants detected.

The Ministry of Health has attributed the increase of COVID-19 cases of infection and deaths to an infiltration of at least three variants among samples taken from patients.

After the Ministry last week declared the presence of the SARS-CoV-2 delta variant in the country, officials now says that there are two more variants of the virus detected in recent samples.

“Of the 36 samples we took, 67% of them had the Delta variant, 10% had the South African Beta variant and 10% had a California Epsilon variant, while the rest had the common COVID-19 virus,” Dr. Daniel Ngamije, the Health Minister said this weekend.

This makes Rwanda one of the 167 of the 173 countries globally verified by World Health Organization (WHO) as having reported variants of SARS-CoV-2.
With the arrival of COVID-19 variants since June, Rwanda has seen a spike in cases.

However, on Sunday July 10, the country recorded a reduction in figures with positivity rate dropping to 7.7% and a slight drop in new cases to 557 and only 9 new deaths.

To assist with public discussions of variants, WHO recently proposed using labels consisting of the Greek Alphabet (e.g., Alpha, Beta, Gamma, Delta) as a practical way to discuss variants by non-scientific audiences.

The Alpha was first identified in United Kingdom, Beta in South Africa, Delta in India and Gamma in Brazil which are classified as variant of concern (VOC) depending on the speed of spreading and transmission.

However there have been more new variants classified as variant of interest identified in other countries with specific characteristics, such as Epsilon in first identified in United States-(California), Iota in NewYork, Eta identified in UK and Nigeria, Kappa in India, Zeta in Brazil, among others.

With all these variants scientists this Saturday said that one has a high possibility of carrying at least two of the variants and called for more measures to prevent spread of the COVID-19 variants.

How far with Vaccine Production?

Speaking on Tv1 on Monday morning, the Minister of State for Health in charge of Primary Health Care, Dr. Tharcisse Mpunga, said that plans are in advanced stages to see how Rwanda can start producing vaccines locally. Three African countries have been identified including Rwanda, Senegal and South Africa, have been identified for vaccine production.

“Yes, the Government of Rwanda is talking to vaccine manufacturers. South Africa  has already started producing Johnson&Johnson vaccines. It is a long process that involves a lot of planning, especially putting in place a regulatory framework through Rwanda Food and Drug Authority, approved by World Health Organisation,”

“This is because the vaccines have to be trusted and of good quality. We have done all that, putting in place all the regulatory requirements. An assessment will be done by WHO in August. Once that is done, the process will be fast tracked,” Dr. Mpunga said.

Experts say only vaccination will be the solution but African countries continue to lag behind as shortage of vaccines or funds to procure them persist.