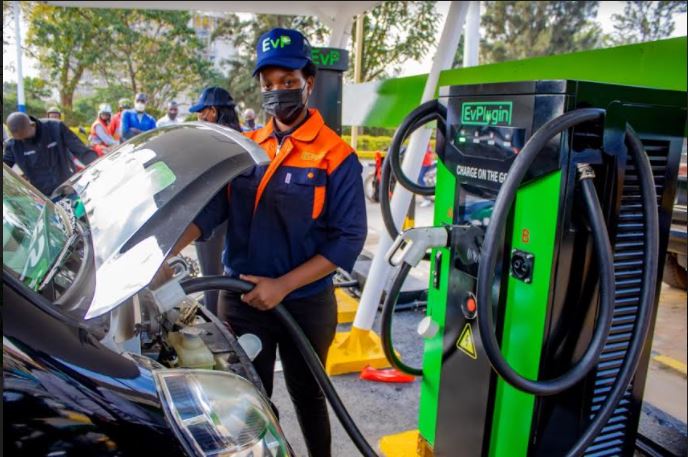 Rwanda has set ambitious targets to become a green, climate-resilient and low carbon economy by 2050.

Some of its key strategies include; increasing energy efficiency, decarbonizing the power sector, switching to electricity and other low and zero-carbon fuels, and adoption of e-mobility.

A study conducted in 2018, revealed that vehicle emissions are the biggest contributor to poor air quality along busy roads at 60% thus in reducing this, the Government approved (in April 2021) a strategy for e-mobility to facilitate the promotion of electric vehicles.

This came with a commitment to invest $1 billion to convert 20% of vehicles to electric automobiles by 2030.

The above strategy is meant to enable Rwanda to make a shift from fossil fuel motor engine vehicles to electric ones (both cars and motorbikes) is in its infant stages with few private company-owned charging stations in Kigali such as Volkswagen and Ampersand which run electric vehicles (EV) business in Rwanda. 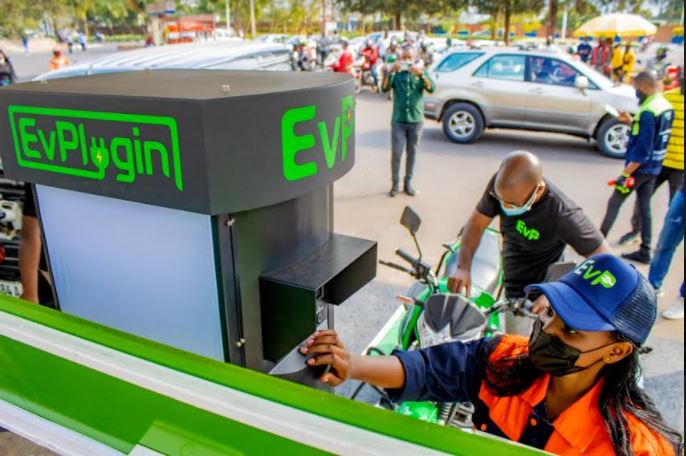 In order to enhance this shift and increase infrastructure, a Rwandan company (Safi Universal link) has launched the first public multipurpose EV charging station which will enable all e-vehicles owners to access the service.

“It is in this regard that we are launching this service so as to build a necessary ecosystem in Kigali and across the country that is needed to implement this shift,” Jerry Ndayishimye, the Safi Universal Link official said at the launch event.

The first public and multi EV charging station project powered by EV-Plugin technology, was on June 30, 2021 inaugurated at Kacyiru sector in Kigali city.

Ndayishimye said they have plans to soon roll out similar EV charging stations along existing gas stations across the country which will enhance the national plan to disseminate e-mobility infrastructure.

To increase uptake especially among taxi-motors, Ndayishimye said that so far they have trained over 1,000 riders to use new e-motorbikes assembled locally.

Moto taxi riders who have shifted from using fuel-based motorbikes said that there are more advantages to using an electric motorbike since the cost of charging is affordable, doesn’t require monthly servicing or changing chains every three months.

“I only spend on buying a maximum of four charged batteries at Rwf900 each to run 80 kilometers per day and the only task left is to look for clients,” said Abdul Mushimire who uses an e-motorbike. 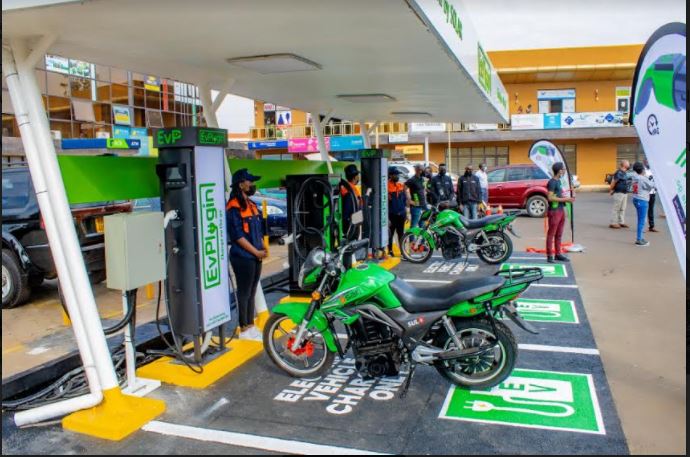 Normally, a rider is required to make a compulsory engine service once a month (at Rwf4, 500) and change the bike chain (worth Rwf8, 500) every three months.

“This is very costly and we would love to shift to electric bikes if only we are sure that the available bike charge can spend more time, distance and rechargeable anywhere,” said Jean Claude Ndayisaba, a taxi-motor rider using a fuel bike.

According to EV-Plugin officials this will be considered in the expansion plan and upgrading the existing charging technology to a turbo system which takes less than 15 minutes to make a full battery charge.

“We have started with Kigali where we are rolling out another 19 stations soon then to be followed by Musanze and Rubavu cities as phase 1 of the project,” said Tony Adesina the Co-founder and CEO of Safi Universal Link.

To scale-up EV usage, the Ministry of Environment has partnered with private sector to kick-start retrofitting of existing petrol-powered taxi motorcycles to electrical motorcycles to reduce greenhouse gas emissions and air pollution.

“To the private sector, this is the way to go, take each opportunity of solving a problem and do it with the latest technology, taking into consideration the environment and benefits to society in a way that can be scaled up,” said Environment Minister Dr. Jeanne d’Arc Mujawamariya said on June 10, 2021 at the retrofitting pilot project launch in Kigali.

EV-Plugin technology is currently being used in China, USA, the European Union and Scandinavia. 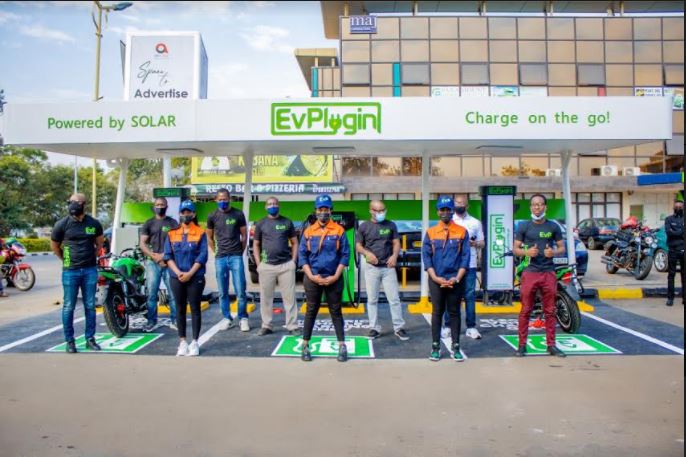 Am Proud of You The Ben – Miss Pamela

Rwanda-Burundi Ties: “We Are Ready to Open a New Chapter”- President Ndayishimiye