Rwanda-Burundi Ties: “We Are Ready to Open a New Chapter”- President Ndayishimiye

The President of Burundi, Maj. Gen Evariste Ndayishimiye says his country is ready to opened a new chapter of relations with Rwanda, follow the visit of Rwanda’s Prime Minister, Dr. Edouard Ngirente to Burundi, to attend the 59th Independence celebrations.

Dr. Ngirente’s presence at the ceremony was greeted by ululations and signaled progress in efforts by the two countries to normalize relations which have been in deterioration since 2015.

Dr. Ngirente arrived in Bujumbura aboard a RwandAir flight and later joined the celebrations in the capital attended by President Evariste Ndayishimiye, the First Lady, government officials and dignitaries from the region.

PM Ngirente sat alongside his Burundian counterpart Alain-Guillaume Bunyoni and the Prime Minister of Tanzania, Kassim Majaliwa in the same row with President Ndayishimiye and President Archange Touadera of Central African Republic (CAR). 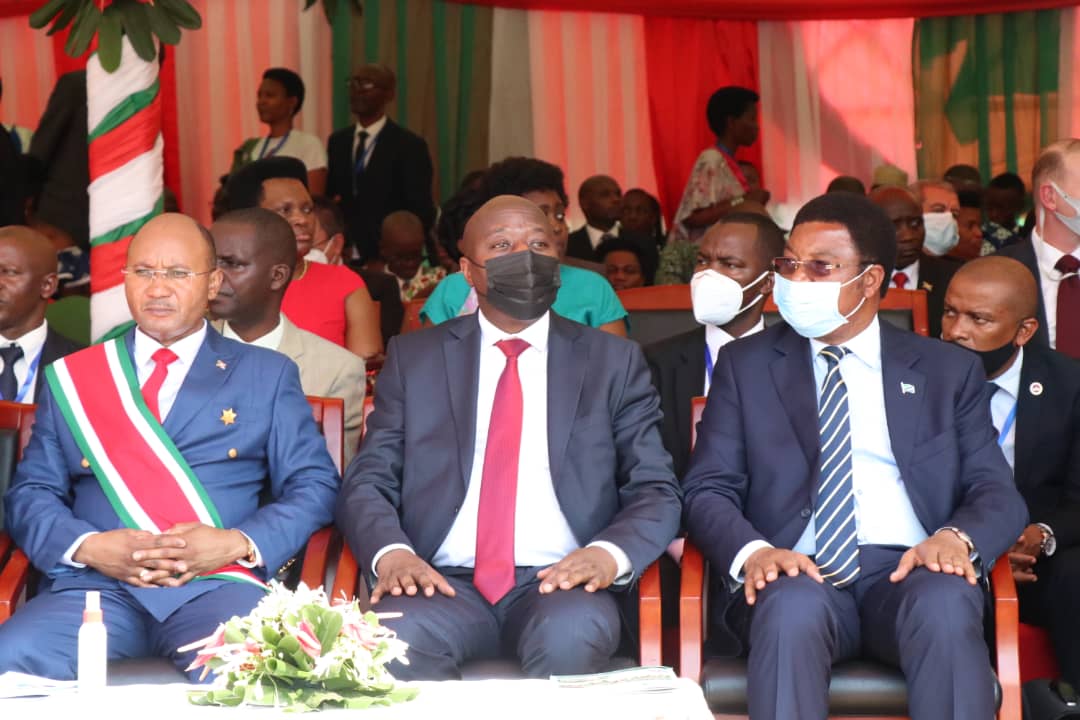 PM Dr. Ngirente (middle) with his Burundian and Tanzanian counterparts.

Other dignitaries included the President of the Senate of Kenya and representatives from Uganda, Egypt and Congo Brazzaville.

President Ndayishimiye said that having a delegation from Rwanda as Burundi celebrated 59 years of independence is a strong signal of a new chapter in the relations of the two countries, expressing his gratitude to President Paul Kagame.

“I know today every Burundian is happy because our neighbours from Rwanda are here with us today to support us,” President Ndayishimiye said before inviting Dr. Ngirente to address the crowd.

PM Ngirente, on behalf of President Kagame, congratulated Burundians on the 59th occasion of independence, adding that Rwanda was happy for the invitation to be part of the historic milestone and commended the hospitality he was accorded.

“I would like to express our commitment as the Government of Rwanda to work with you the People of Burundi and the President of the Republic to strengthen our strategic partnership,”

“I am convinced that we are all ready to work for the consolidation and promotion of the existing relations and cooperation, to take advantage of the friendship of our two peoples,”

“The time has come for Burundi and Rwanda to build on the solid foundations of our historical and cultural ties in order to achieve sustainable development,” Dr. Ngirente said. 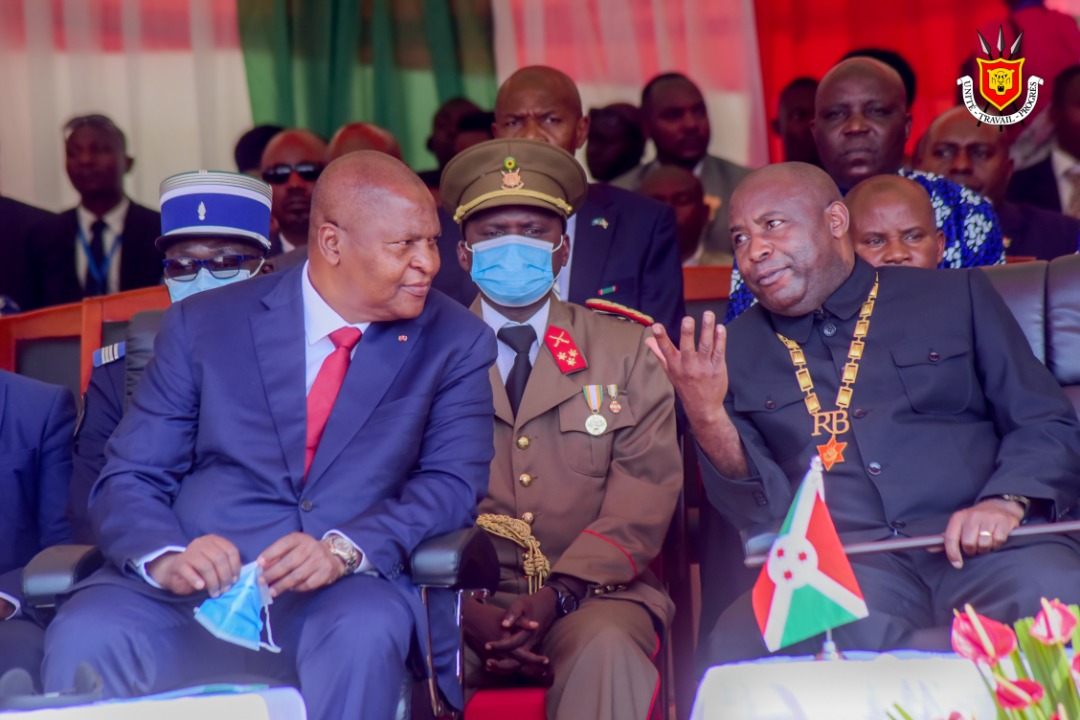 President Ndayishimiye said that the visit of PM Ngirente was seen as a ‘miracle’ by Burundians after several years of frosty ties.

“We are confident that this has opened a new chapter of relations between Rwanda and Burundi. We will revisit the issues that affected us, put them in the past and open a new chapter,” Ndayishimiye said.

He said that Burundi was ready to play its part in the efforts to fully restore ties, sending a message of gratitude to President Kagame and Rwandans in general.

President Kagame has on several occasions said that Rwanda was ready to work on bilateral relations with Burundi, if the Government of Burundi so wishes to improve relations, which have been on a downswing since 2015.

Gatete Nyiringabo Ruhumuliza, a commentator on legal and political issues, say that PM Ngirente’s visit to Burundi indeed opens a new chapter  in the relations of the two countries, but it will will take a while before relations are fully restored.

“We are reaching out, slowly. Even the online radios that used to emit from here have been asked to leave,” Gatete said, highlighting some of the issues the two countries need to work on before ties are fully restored.

“Slowly, perhaps in two years, we’ll be at full relationships,” he adds. 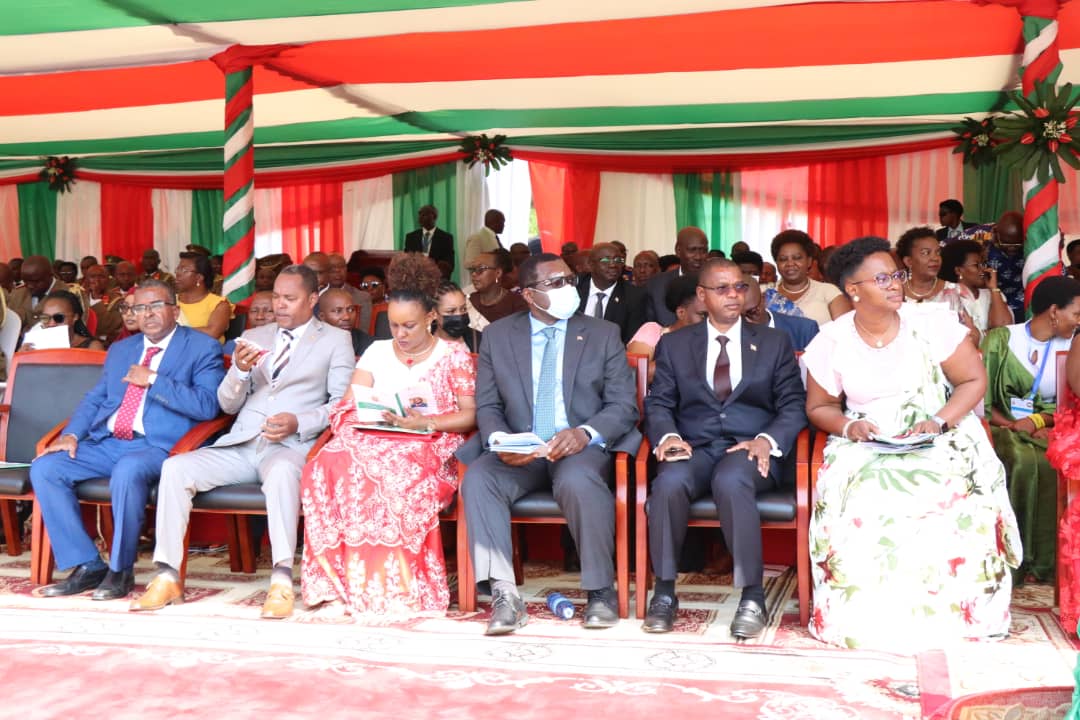 The two neighboring countries share a lot in common in terms of culture, language, and both gained independence from Belgium at the same time, on July 1, 1962.

Relations between the two countries have deteriorated since 2015 when Burundi accused Rwanda of accommodating those who sought to overthrow the government while Rwanda too accused Burundi of facilitating negative groups keen on destabilizing Rwanda.

The two countries have vowed to work on the issues and move towards fully restoring ties. 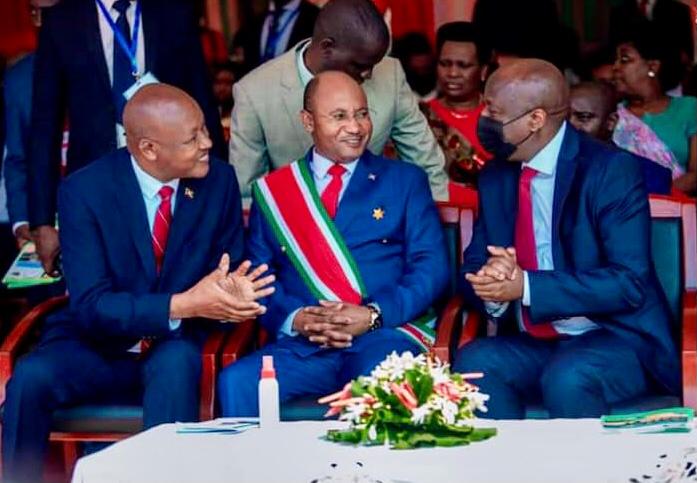 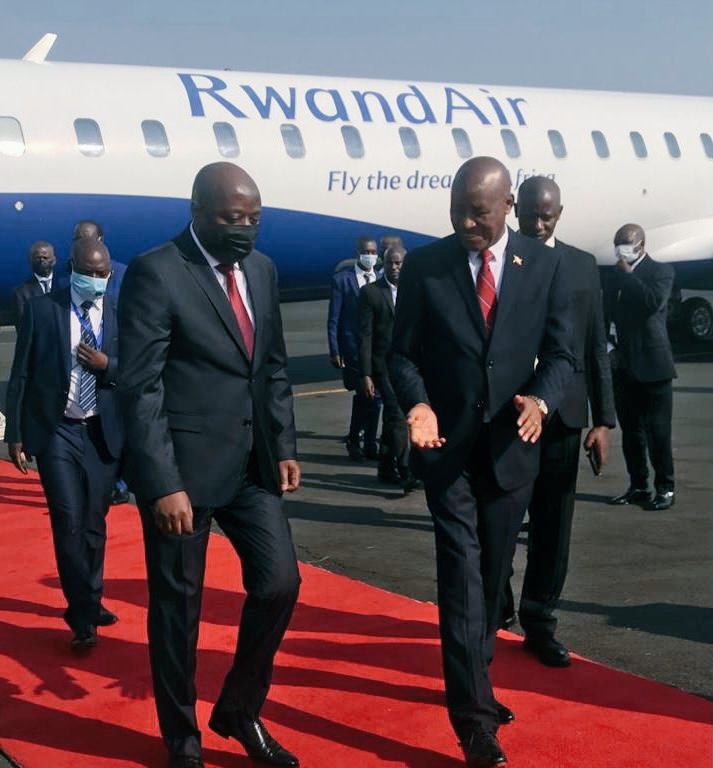 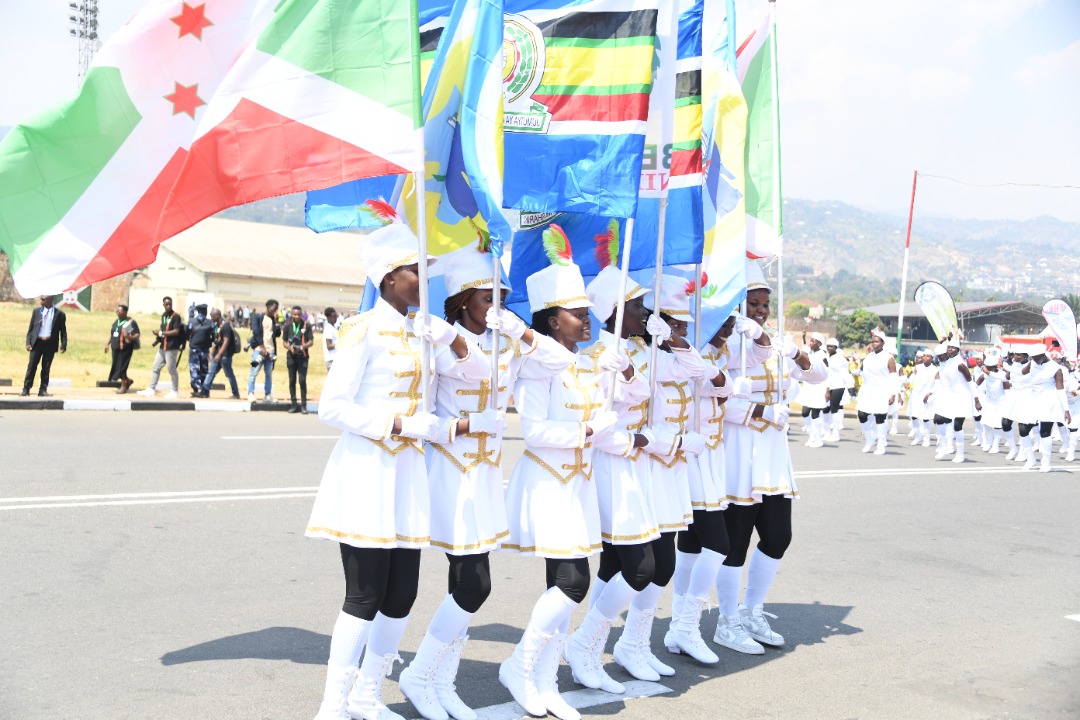