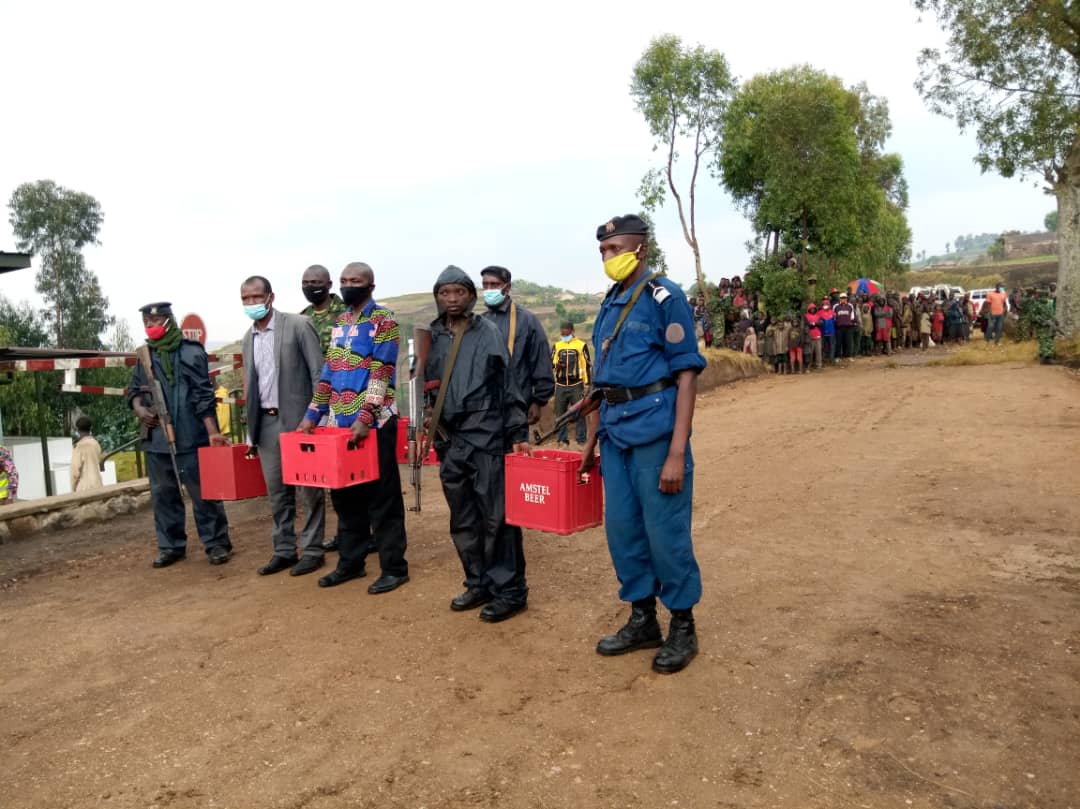 Communities of Ruheru in Nyaruguru district-southern Rwanda and their counterparts of Kayanza of neighboring Burundi, today were joined by an abrupt conviviality which coincided with National Harvest Festival in Rwanda.

Initially, the agenda of the day was the handover of seven Rwandan children aged between 12 and 18 years [according to our reporter] who were returned to Rwanda after using porous border to cross to Burundi for allegedly informal trade [according to Burundian officials.]

The other item of the agenda was also to return a cow that crossed to Burundi in pursuit of pasture and was stolen by some people while in Burundi.

The event coincided with the national festival of first harvest – Umuganura in Rwanda, and, the informed citizens from the other side of the border took that into consideration.

Following COVID-19 restrictions and precaution measures, the two communities were, however, not able to propose a toast to each other; they exchanged the crates of beer to share with compatriots back home.

The delegation of Burundi was led by Kayanza provincial governor, Col. Remy Cishahayo 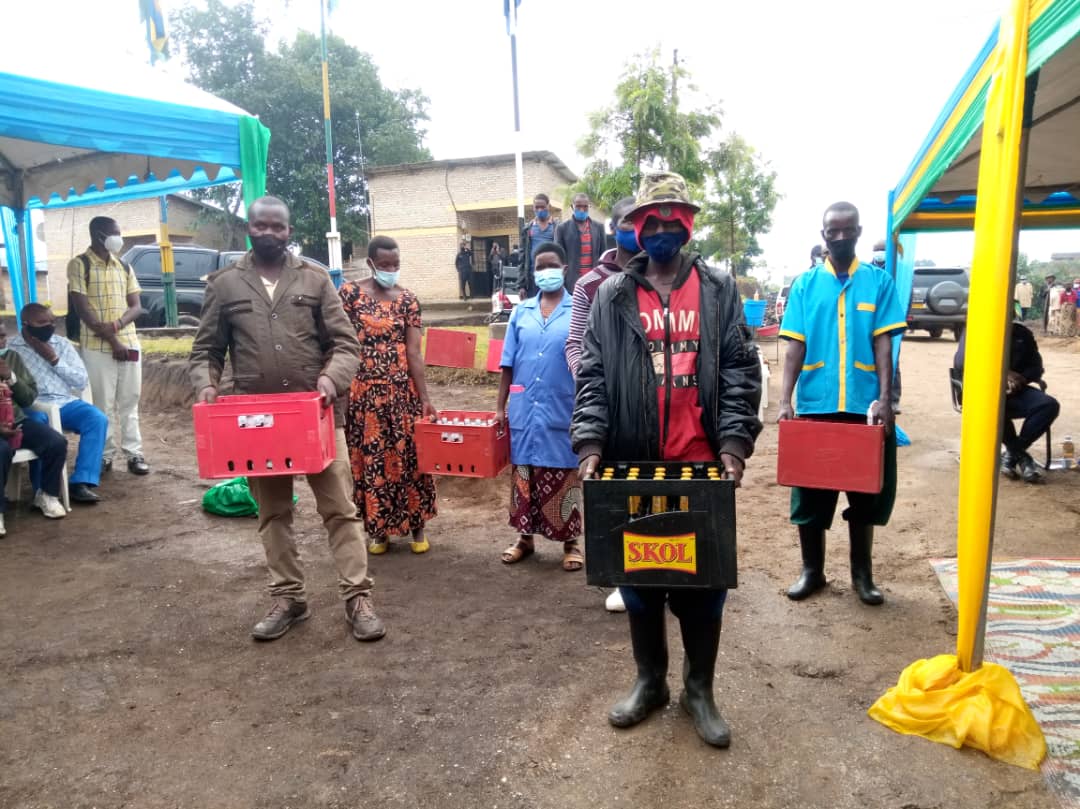