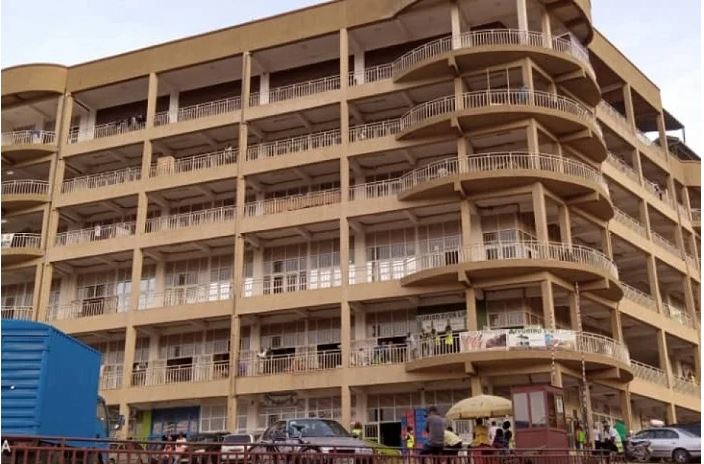 An unknown man has allegedly taken his own life at Inkudamahoro, a multi-storied commercial building located in Nyabugogo, Kigali’s busiest neighborhood.

It was 11 AM when eyewitnesses saw a man clothed in a dark blue and white jacket and blue jeans jumping the building from the 5th floor. He died after hitting the paved ground.

“I saw him coming,  apparently trying to assure that none is paying attention to him, which in the contrary was suspicious, but I couldn’t understand,” said a female eyewitness who sells second-hand clothes at Inkundamahoro.

“You could read anguish in his eyes, but before I figure out what was wrong with him and try to talk to him, he had already crossed the line.”

One of the youth volunteers who help people in public places to observe measures meant to prevent spread of COVID-19 said that he saw the victim earlier before. He said the man first tried to behave as a client.

“A couple of minutes before, he toured the section of second-hand clothes telling sellers to find him a beautiful shirt that goes well on him,” Janvier Byishimo, the eyewitness said.

The incident becomes the second case of suicide in two months. On June 2nd, another person jumped the same building-Inkundamahoro and died on spot.

Investigation authorities confirmed the person to be Bukuru Ntwari, a city lawyer. Bukuru case was confirmed as a suicide.

Community Uncover 160 Bodies of Genocide Victims In A Farmland