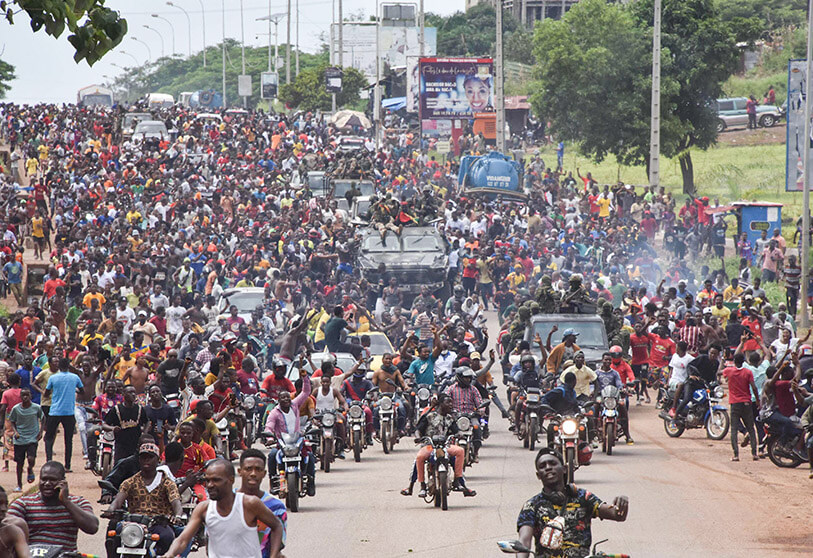 Guinea’s coup d’état leaders have moved to consolidate their position, in the face of continued international condemnation, but with many in the country welcoming the coup.

“The President is with us, he is in a safe place, he has seen a doctor, everything is fine,” assured coup leader, Colonel Mamadi Doumbouya.

President Alpha Conde was last seen Sunday morning, in a room in the Presidential palace, clearly a prisoner.

The President was seated on a sofa, looking slightly dishevelled, bare footed, in an open shirt and jeans. He was later taken away to an unknown destination in a military pickup truck.

On state television, Col Doumbouya, draped in Guinea’s national flag, and surrounded by heavily armed colleagues in combat fatigues, announced that the military had taken over the government, and dissolved the constitution.

There was initial confusion on Sunday, as the country’s defence ministry disputed the announcement of a coup, saying that the plotters had been thwarted by the Presidential guard. On Monday, Doumbouya declared that “the army was together.”

Announcing the new National Committee for Reconciliation and Development, the putschists made crowd pleasing promises.

Although there was a promise that there would be no “witch hunt” of the now overthrown government ministers, there were reports of further arrests of senior government officials. 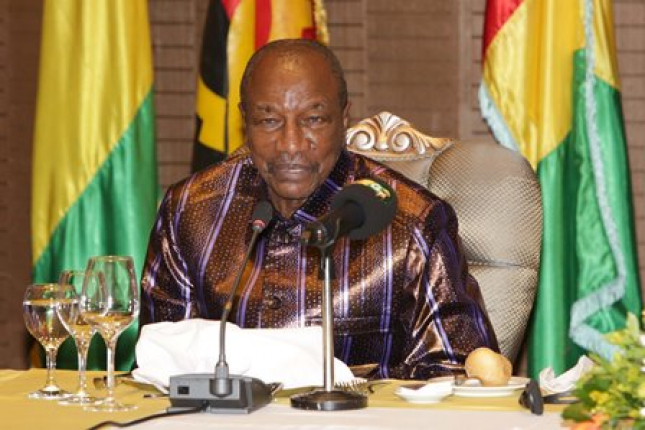 All ministers were ordered to surrender government issued vehicles, and prohibited to leave the country, except with permission from the military.

Regional authorities around the country were replaced with military officials.

On Monday, former ministers were summoned to a meeting, with a stern warning that failure to attend would be regarded as “an act of rebellion.”

After the meeting a new “union” that would oversee the transition was announced.

Initial denunciation of the coup by the United Nations Secretary-General, Antonio Gutierrez, and the regional organisation, Economic Community of West African States (ECOWAS), have been followed by condemnations from the US. Russia, which has interests in Guinea, demanded “the release of Mr Conde, and a guarantee of his immunity.”

Western commentators are particularly concerned with the fate of the mining contracts that had been signed with the mineral rich country.

There is a noticeable disjunction between international condemnations of the coup, and many in Guinea, who so far, have welcomed it. 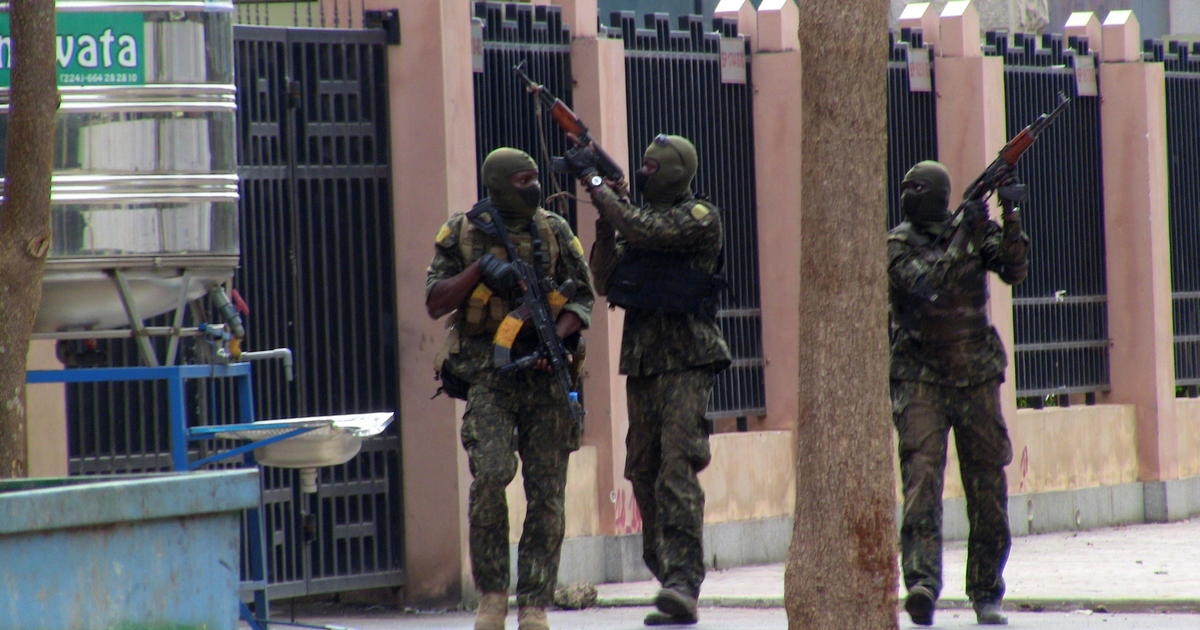 Whatever might follow in the coming days, weeks and months, for now anyway, the removal of President Conde, in a military coup d’état, seems to have widespread support in the country.

With a population of a little over ten million, Guinea, has an embarrassment of mineral riches, and yet, the country has remained impoverished.

A once universally respected political activist, Alpha Conde has been at the helm since 2010, when he was democratically elected, after long periods of unpopular military rule.

He is however accused of allowing rampant corruption, and mismanagement. The coup followed several tax rises, an increased budget for the Presidency, while cutting that of the army, and other security agencies.

For good or ill, for now the fate of Guinea, lies in the hands of 41 year old Colonel Mamadi Doumbouya.

His military career spans 15 years, during which he has served on missions in Afghanistan, Ivory Coast, Djibouti, Central African Republic, Israel, Cyprus and the United Kingdom of Great Britain.

He also spent several years in the French foreign legion. It is from there in 2018 that he was called by President Conde to return to Guinea, to lead the then newly formed Special Forces Group (GFS).

We do not know what vision President Conde had for the GFS, but it is safe to say that from his point of view, it has not fulfilled it.