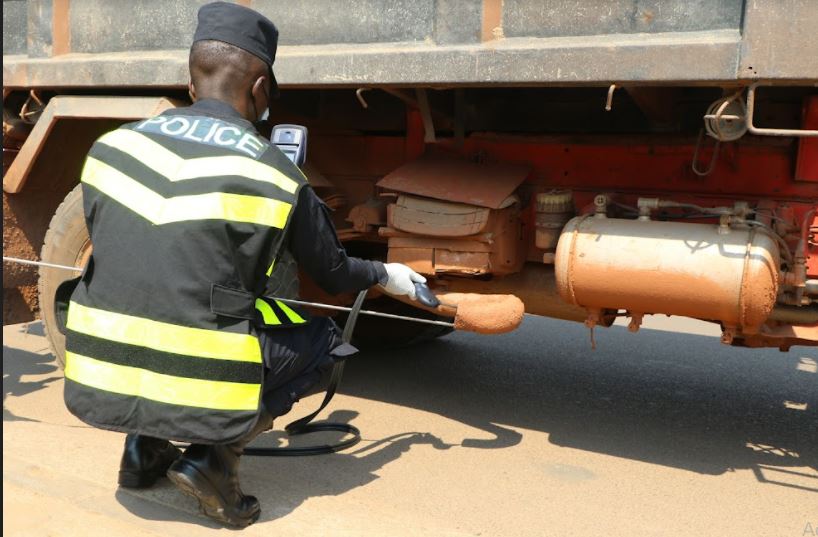 Rwanda has launched a campaign to further encourage, engage and create awareness on air pollution and fuel emission control measures among motorists and owners of industrial facilities in a bid to improve the quality of air.

The awareness is in line with the International Day of Clean Air for Blue Skies which is marked annually on September 7th following the international community’s increasing interest in clean air, and emphasizing the need to make further efforts to improve air quality to protect human health.

Ahead of the day, Rwanda Environment Management Authority (REMA), Traffic Police and Rwanda Standards Board (RSB) started conducting vehicle and industry emissions inspections in the City of Kigali and Rwamagana District on 5-6 September 2021.

The inspections on September 5 started with mobile vehicle emissions testing in high traffic areas in the City of Kigali as well as ambient air quality monitoring and will continue with multi-pollutant analysis of industry emissions in Rwamagana District.

Even if Rwanda doesn’t fall among the 100 most air polluted countries (IQAir data) contributors to poor air quality in Rwanda include, mostly the transport sector vehicle emissions, industrial sector, and agricultural waste burning.

Available data indicates that Kigali has consistently high levels of air pollution at about 130 degrees according to the real-time Air Quality Index (AQI) reported this Sunday.

AQI values at or below 100 are generally thought of as satisfactory but when AQI values are above 100, air quality is considered unhealthy especially for certain sensitive groups of people with respiratory conditions.

The quality of air in Kigali is attributed to the increasing number of vehicles in urban areas with heavy freight transport vehicles as a major source of particulates in the air and despite only making up 3.4% of the national vehicle fleet, heavy trucks were estimated to contribute to 83.4% of all total suspended particulate (TSP) emissions.

During the inspection exercise officials found that there is still a gap in awareness on the importance of maintaining and servicing vehicle engines, which is one way of reducing carbon emissions and particulates in the air.

Juliet Kabera, Director General REMA who led the exercise encouraged motorists to contribute to the country’s ambition of reducing air pollution to zero by the year 2050 by having their vehicles inspected and making the shift from gas to electric motors.

“This is also a win-win situation if they service and maintain their vehicles, they can spend less on fuel. This shouldn’t be done for the government but for their and our health,” Kabera said.

During the inspection, Traffic Police Head of Inspection, SP David Kalimba said most drivers were given information on how to maintain their vehicles, which was done with a goal of increasing awareness rather than enforcement with punitive measures, however some motorists asked the government to increase awareness.

“This campaign is a good initiative for us as citizens. It shouldn’t be for the sake of the government or police for one to get involved in reducing pollution. We want more efforts in prevention rather than punitive intervention,” said Arsene Ntazinda, a motorist. 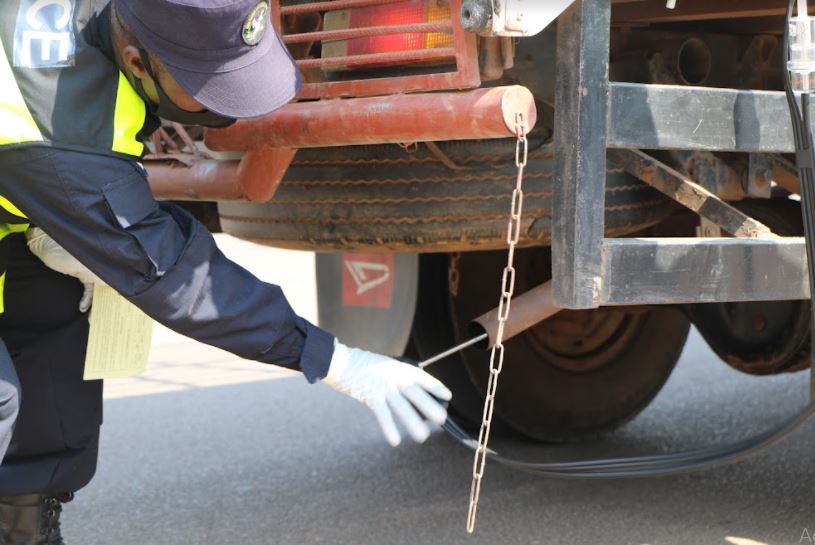 With feedback on mass education collected from the field inspection, Kabera said that after the pilot campaign program, they will come up with a plan to disseminate public awareness information through media.

Rwanda has a long-term goal to be a carbon neutral nation as articulated in its Vision 2050.

In the short term, Rwanda aims to reduce emissions by 38% compared to business as usual by 2030 and electric vehicles are estimated to represent 9% of potential energy-related emissions mitigated under the country’s climate action plan (NDC).

Last year, Rwanda published a policy that will enable it to reduce carbon emissions by shifting from gas motor engines to electric driven engines, which Kabera said is one step added to Rwanda’s ambitions.

Electric motorcycles and electric cars were introduced in the Rwandan market in 2018 in line with clean transport through e-mobility initiatives, and now two electric motorcycle companies are registered to operate in Rwanda.

In addition to e-mobility, the Government is heavily investing in renewable energy such as Hydropower plants, methane gas power plants and solar power systems.