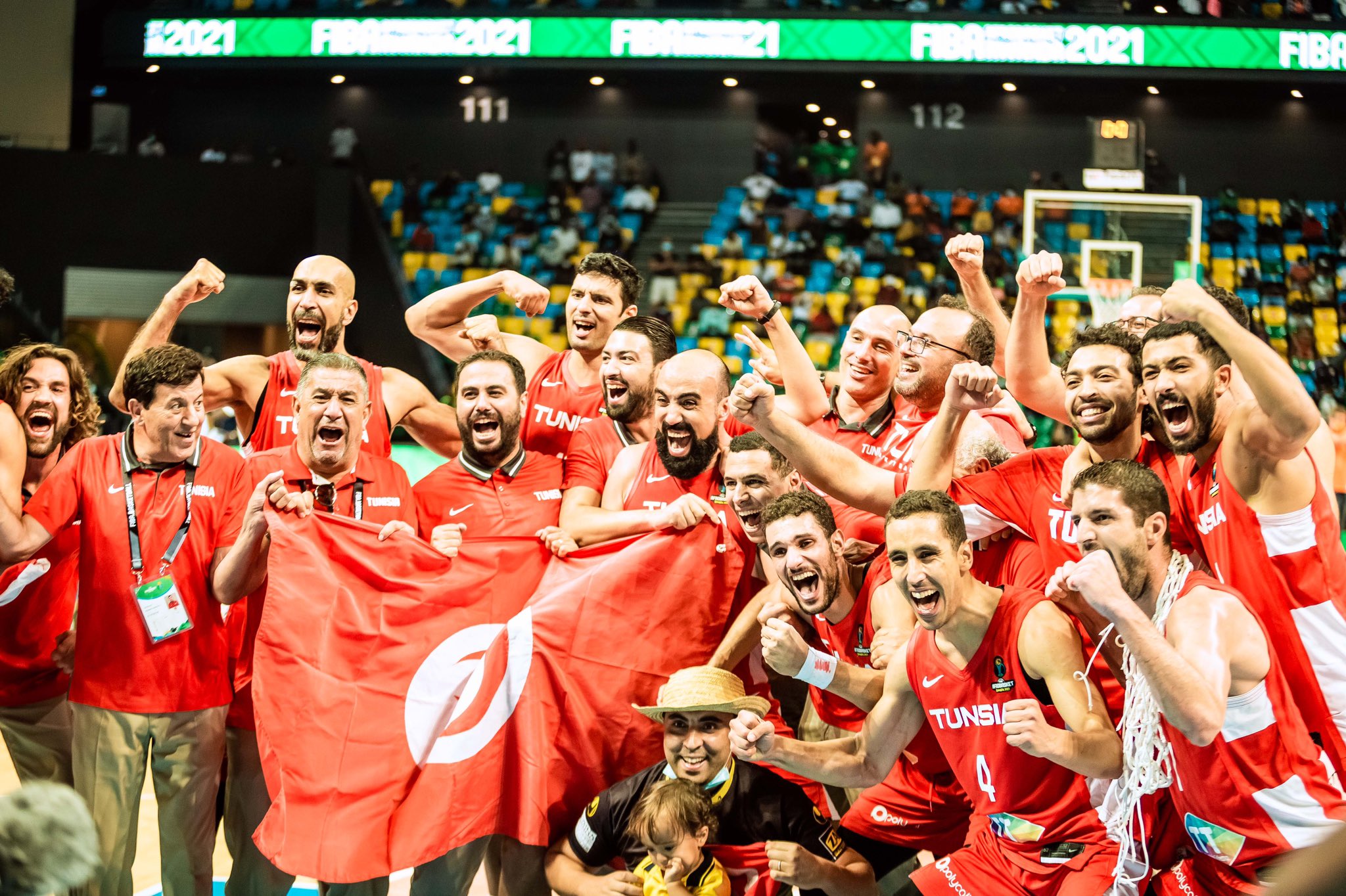 The Tunisians, who were the defending champions, overcame a resilient Ivorian side, urged on by Souleyman Diabate who scored 20 points and Matt Costello whose points were enough to upset a determined and experienced Tunisian side led Salah Mejri who scored 22 points and 6 rebounds

It’s the third time Tunisia has won the AfroBasket title, having claimed the trophy in 2011 in Madagascar, and the 2017 edition of the tournament at home. With the win, Tunisia became the first team to win back-to-back AfroBasket titles since Angola in 2009.

Omar Abada scored 10 points while Michael Roll was magnificent with the ball, racking up 18 points and 9 assists, while captain Makram Ben Romdhane added 8 points and 10 rebounds, ensuring that the experienced side fends off a stubborn Ivorian team. 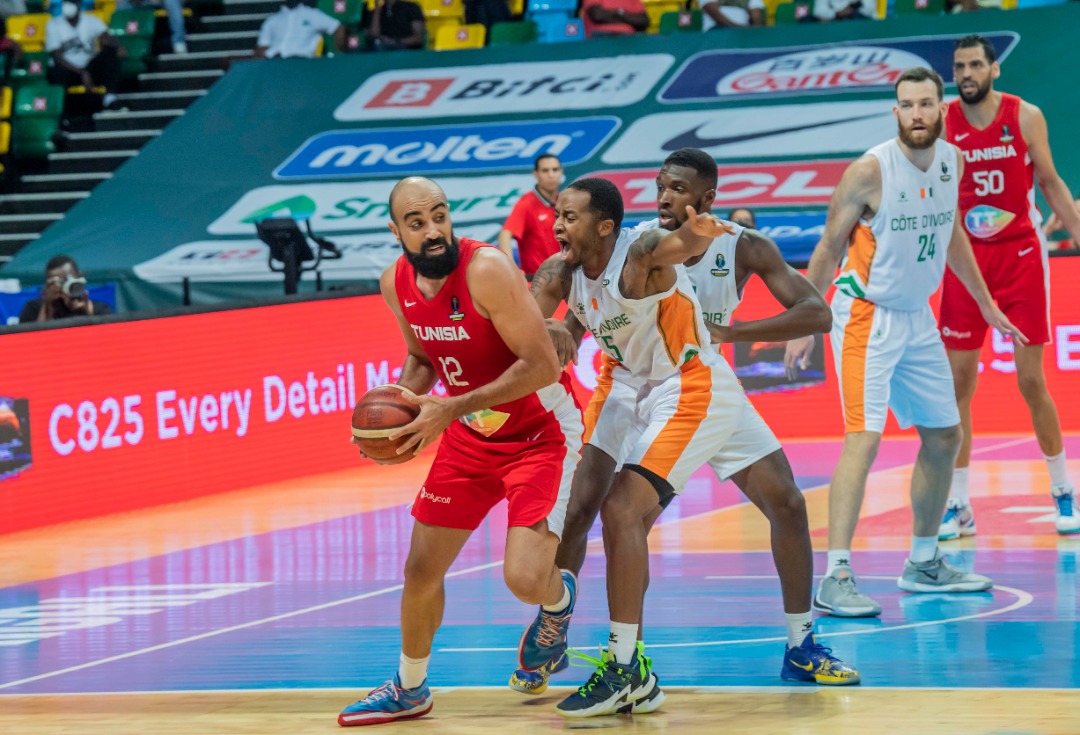 Ben Romdhane was named the FIBA AfroBasket 2021 Most Valuable Player. Diabate came close to rallying Cote d’Ivoire to force overtime with two late 3-pointers but it was too late. His teammate Jean-Francois Kebe, who added 10 points  and Costello put in a spirited effort.

Cote d’Ivoire had a strong start to the game, but Tunisia regrouped in time to close the opening quarter with a 25-18 lead. Tunisia went for break with 47-34 lead.

The Tunisians stepped on the court with one primary goal: To neutralise Cote d’Ivoire’s key player Costello.  And the Tunisians’ plan worked to perfection as AfroBasket debutant Costello didn’t score his first two points until four minutes into the third quarter.

Despite the  13-point deficit at the break, Cote d’Ivoire opened the third quarter with a sense of urgency. The Ivorians used a 10-2 run to cut the reduce the damage to five points (49-44), forcing Dirk Bauermann to call a time-out to reorganise his troops.

Soon after, Cote d’Ivoire’s short-lived resurgence, Tunisia responded with a 5-0 run for a 57-46 lead.

And even though Salah Mejri had picked his fourth foul with 4:10 minutes left in the third quarter,  which forced Bauermann to rest him, the African champions never panicked, keeping total control of their AfroBasket 2021 destiny. 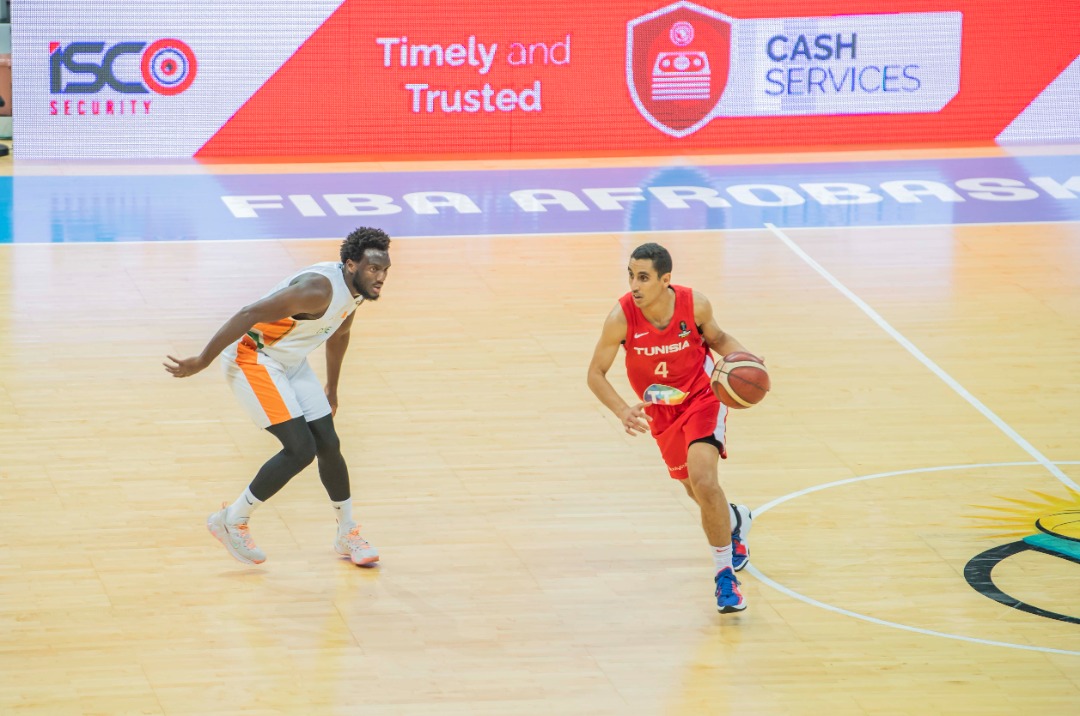 Cheered by a significant portion of fans inside the Kigali Arena, Cote d’Ivoire rallied to single-digits in the fourth quarter.

Cote d’Ivoire’s Souleyman Diabate, who came up with an outstanding performance, converted a three-point, followed by a free-thrown, cutting the points gap to just three points (78-75).

That was the moment that the Ivorians’ last hope of staying in contention happened, especially after Tunisia turned the ball over with ten seconds left. 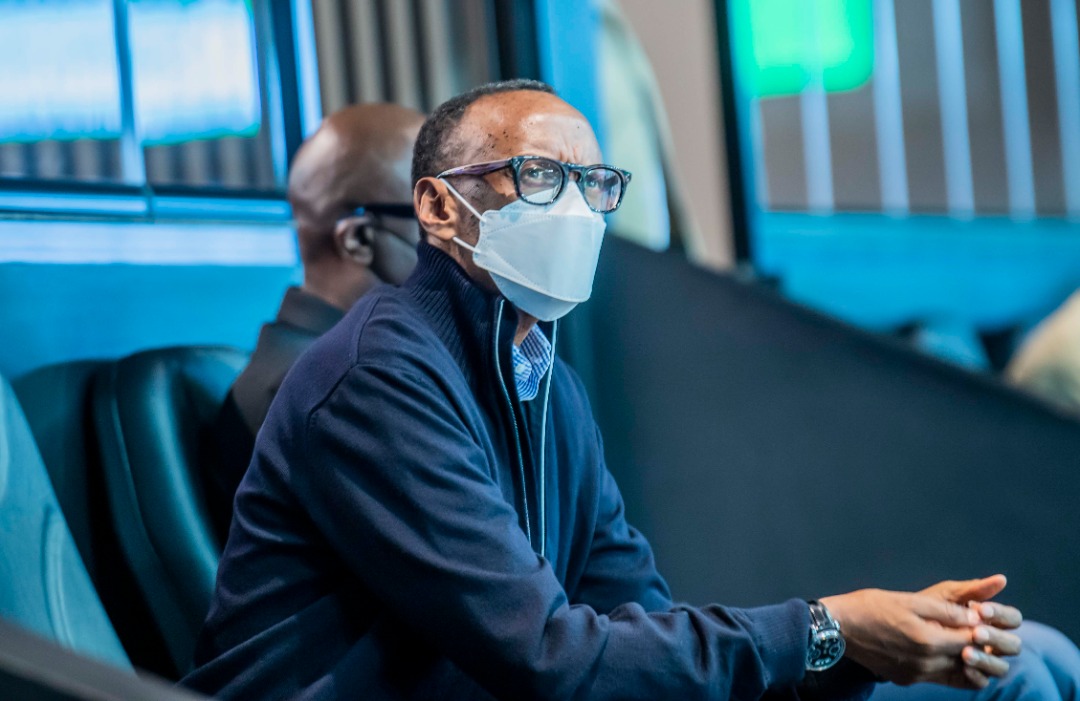 However, after a timeout called by Natxo Lezcano, Costello, who had been superb throughout the tournament, turned the ball over to allow the Tunisians’ celebration.

Cote d’Ivoire tried time and time again to try and reverse the score, but trailing by 16 early in the game proved costly to the team that last won a AfroBasket title back in 1985.

Tunisia ended their FIBA AfroBasket 2021 campaign with a perfect 6-0 record. 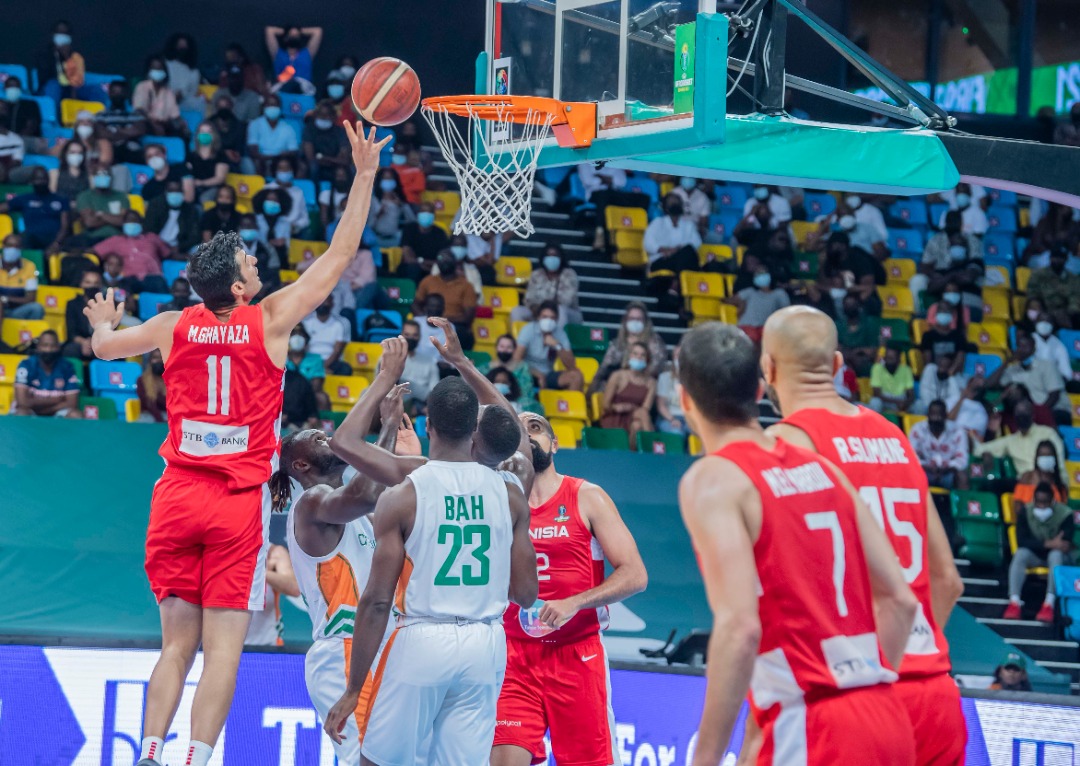 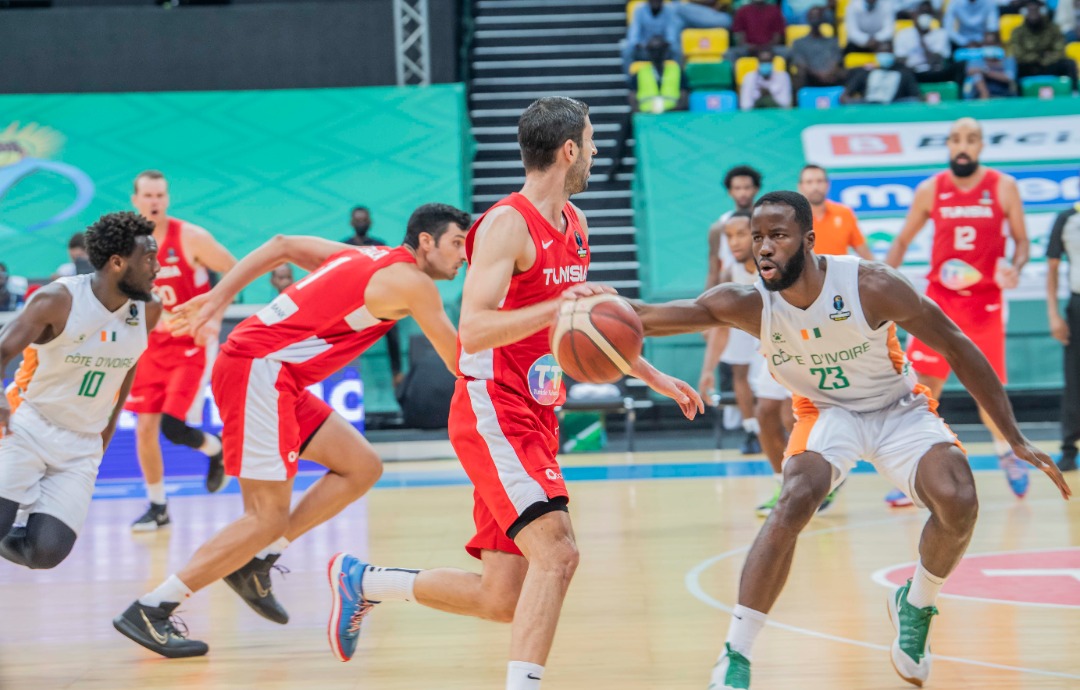 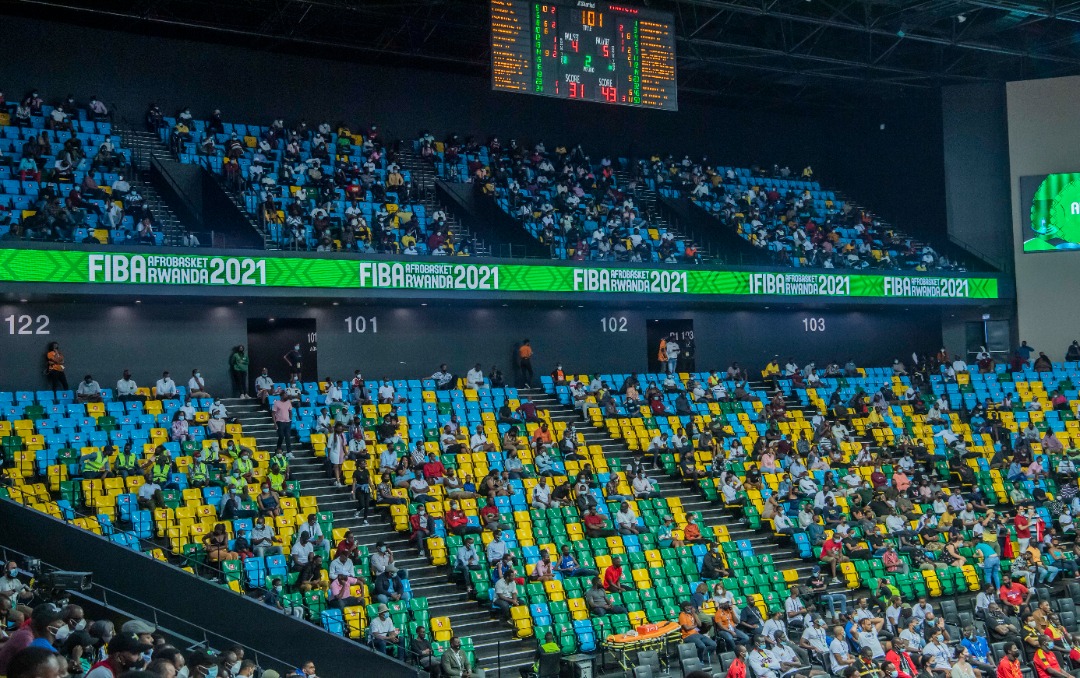 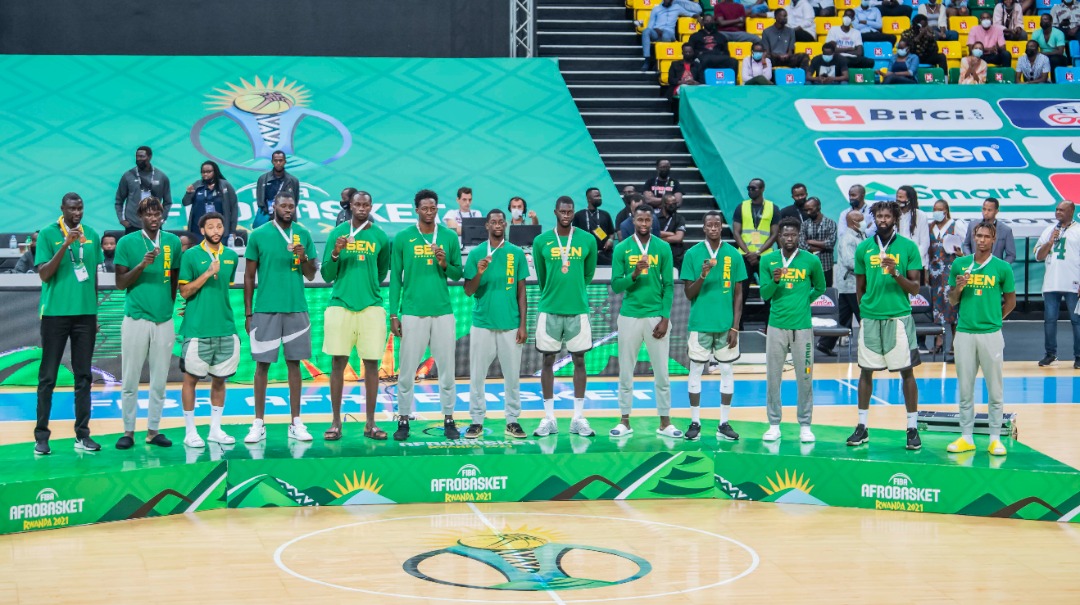 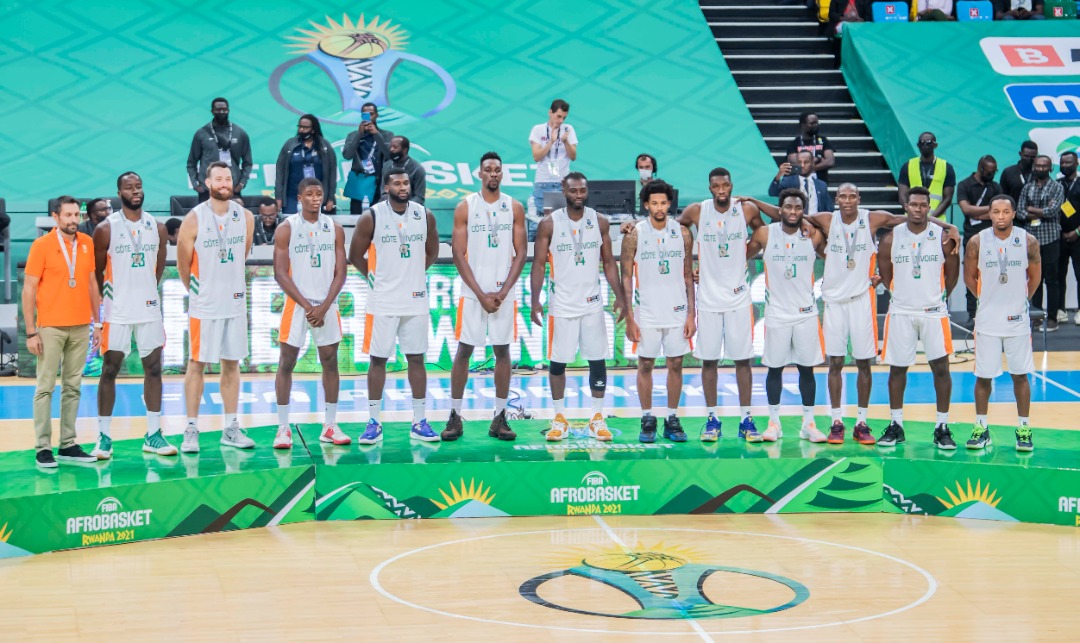 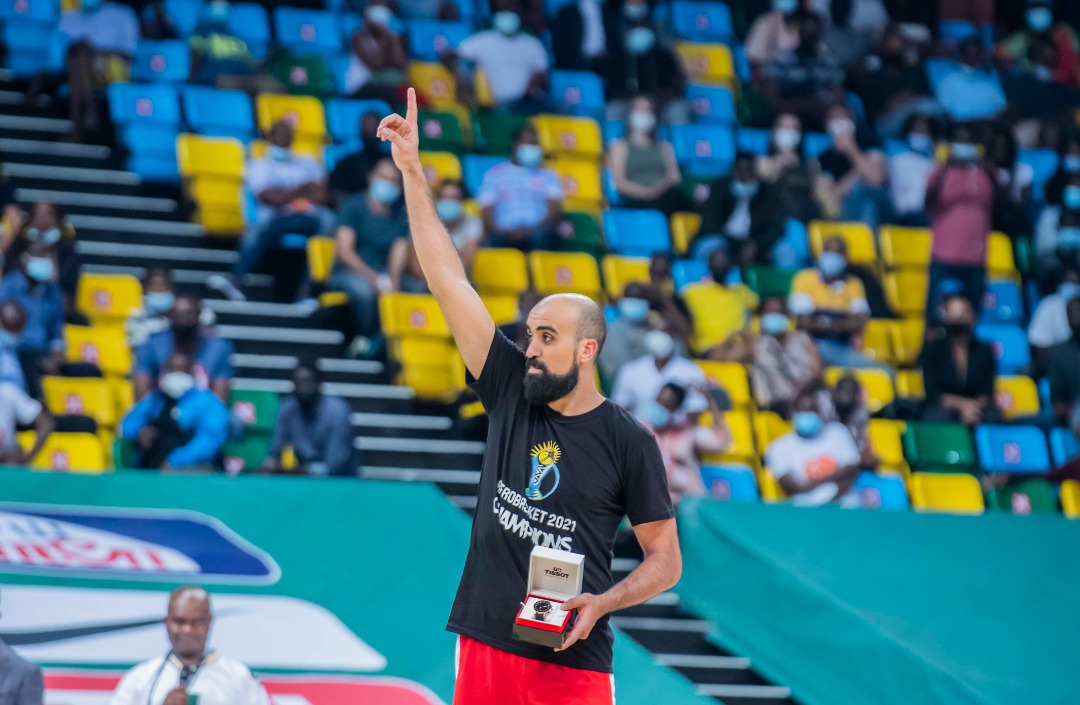 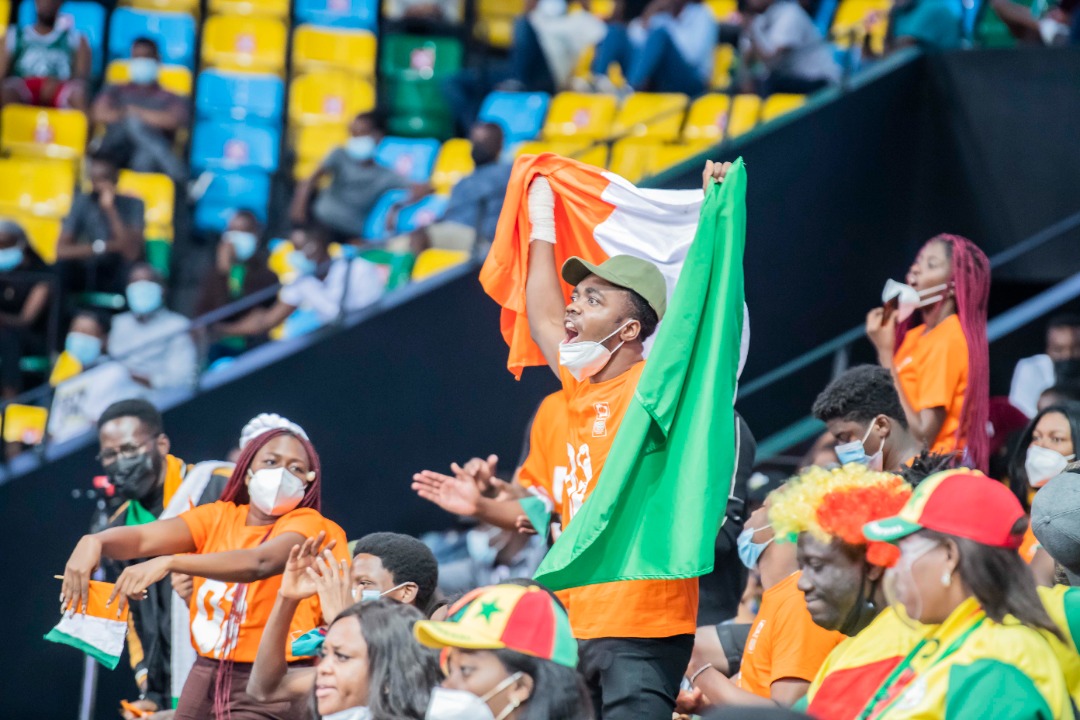 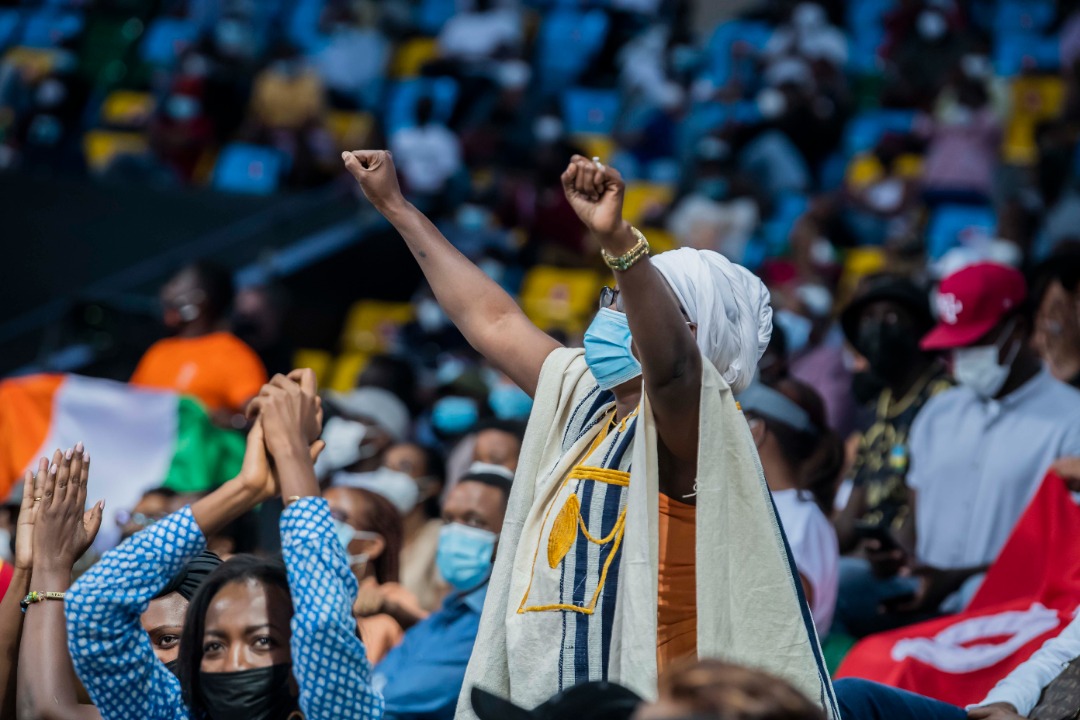