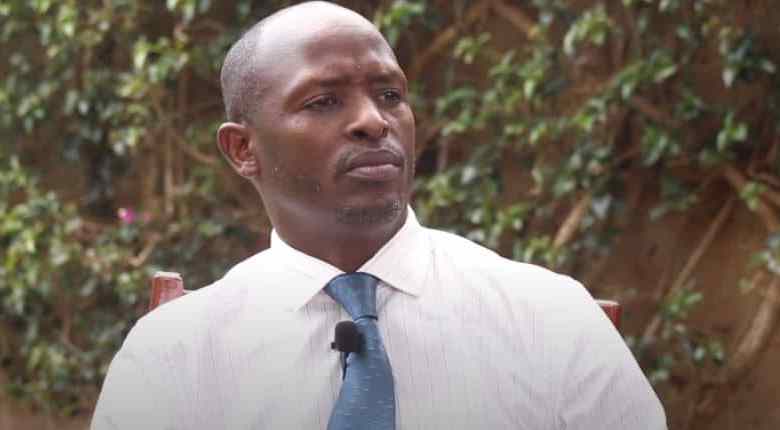 Rwanda Investigation Bureau (RIB) said on Thursday it arrested former academic-turned-politician, Dr. Christopher Kayumba, on allegations of rape and complicity to rape following cases filed by different individuals accusing the controversial university lecturer of sexual violence. It is not the first time similar allegations have surfaced.

Dr. Kayumba, a former lecturer of Journalism at the University of Rwanda (UR), was arrested after being summoned by RIB to appear before an investigator on Wednesday but did not show up only to do so on Thursday and was subsequently arrested.

“The suspect is being detained at Kicukiro RIB Station as the file is being compiled for the National Public Prosecution Authority for further management,”  The Spokesperson of RIB, Dr. Thierry B. Murangira confirmed to KT Press.

RIB said that Dr. Kayumba was being investigated for some time and was summoned in March 2021 but at the time there was no enough evidence to detain him

“In March 2021, he was summoned to answer on charges against him. At that time, there was no sufficient evidence, it is a procedure. Then investigations continued where evidences and testimonies were gathered. And the findings of investigations currently show satisfactory grounds to believe that he committed the offences, therefore the Investigator decided to provisionally detain him,” Dr. Murangira.

According to RIB, the investigator is allowed by law to detain a person, taking into consideration other circumstances related to the conduct and behavior of the suspect, the category and the gravity of the offence.

“In regard to Dr. Kayumba Christopher’s case, based on the gravity of the offence he is accused of, having a criminal background or being a recidivist, we took enough time to investigate the alleged offences, and due to the evidence we have, we find the decision to provisionally detain him is appropriate,” Dr. Murangira said.

Asked why they took longer to detain him, Dr. Murangira, said they haven’t taken long as they were conducting investigations and at this point they believe it was the right time.

“Based on the nature of the offence, investigations need to go deeper looking into all information while collecting evidence. Once the collected evidences are sufficient to believe that the person has committed the offence then he/she gets arrested. It is the procedure,” he said.

RIB further says sexual related cases may take long or short time, informed by RIB’s policy for zero-tolerance of GBV cases. Dr. Murangira says that RIB is out to make sure that these offences must stop and no one can get away with them.

Regarding the validity of the allegations since they took long to be investigated, Dr. Murangira said a felony is prescribed expired after ten years have elapsed and in Kayumba’s case they were still well within the timeframe to investigate.

Regarding the validity of the evidence, Dr. Murangira said that the evidence collected were based on various facts and legal considerations including circumstantial evidence, testimonies from witnesses and crime scene reconstruction, considering that victims could have taken long to report due to different reasons.

“It is a common trend for victims of such crimes to hold back in reporting such incidents. It may take time for them to open up  due to different reasons including threats from the accused, social stigma, among others,” he said.

He dismissed claims that the cases are politically motivated due to the fact that Kayumba launched a political party, which is yet to be registered.

“The complaint was lodged way before he announced that he formed his organization. But, that is besides RIB as an Independent Investigating Institution. It doesn’t matter whether you call yourself a politician or have a political status,”

“The role of RIB is to investigate whenever there is a criminal complaint. The investigation is not influenced by individual’s professional or social status. So long as acts committed constitute offences under Rwandan Laws, RIB is mandated to investigate without fear and any influence,” Dr. Murangira said.

Earlier this year, a former student of Dr. Kayumba took to social media to accuse him of attempted rape. The allegations were followed by more claims but he denied the allegations.