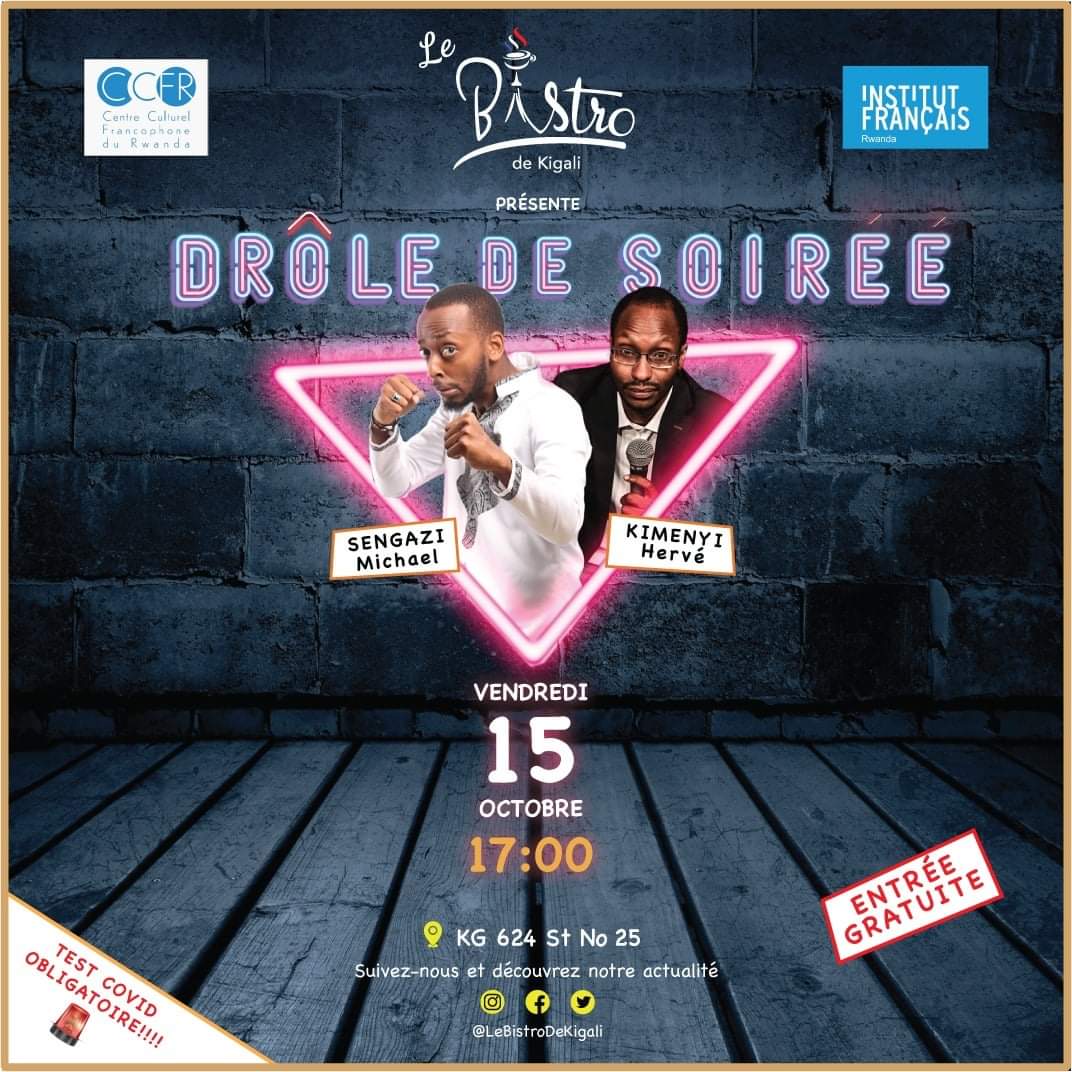 It’s a light up moment back again for comedians and fans as it has been almost two years without a live comedy show due to the outbreak of CPVID-19.

Speaking to KTPRESS, Michael, couldn’t hide the joy on his face for coming back on stage to rock comedy enthusiasts.

“It has been almost 2 years without performing for our dear fans frequently as we used to do before covid-19, though we got chances to perform in foreign countries like France and Ivory Cost. But frankly we missed being on stage and that’s why we opted the show to be free entrance,” says Michael

The show will mainly be in French but the comedians plan future shows for people not speaking French. 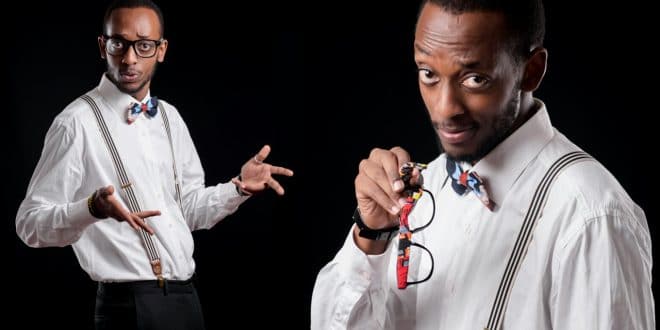 Michael also revealed that, they are negotiating with French Cultural Center bosses for a possible partnership which will allow them to stage monthly shows.

Both Michael and Herve are celebrated standup comedians, who have managed to grace international stages representing Rwanda.

He is also an actor who has featured in various international recognized movies like Grey matter, a feature film about the 1994 genocide against Tutsi that was premiered in New York city during Tribeca film festival. 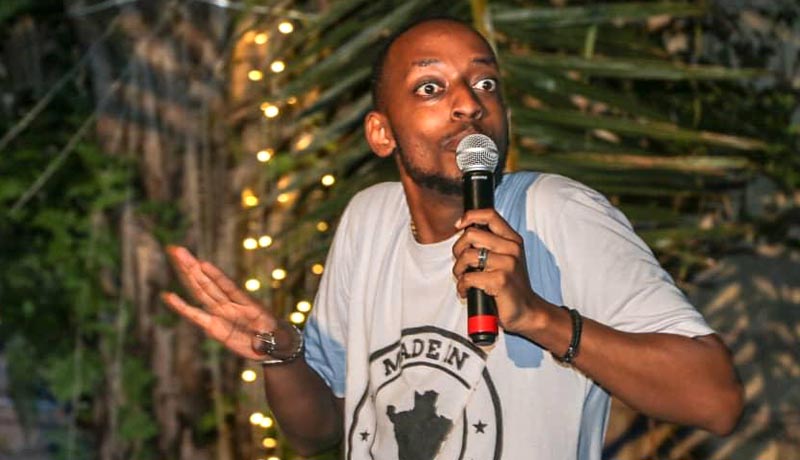 Michael Sengazi is a comedian with comedy Knights, which he joined back in 2010. Half Rwandan half Burundian, he began as a poetic performing artist until he found his love for comedy.

He is also a recipient of Prix RFI Talent du Rure 2019, first Rwandan comedian to  win the title.