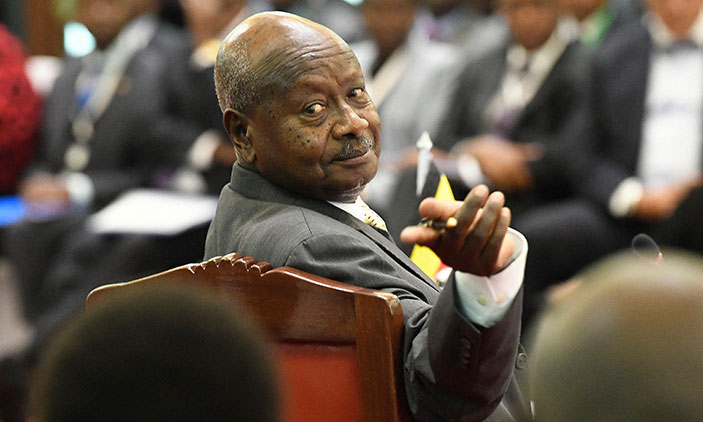 As sharp political differences between Rwanda and Uganda continue, pessimists will see no end in sight, while optimists speculate that behind the scenes diplomatic efforts will soon yield desirable results. My own opinion is somewhere in between the two positions, though leaning towards pessimism. Restoration of good relations is very much possible, I must make it clear. But it can only happen if Kampala accepts to undergo some serious mindset transformation, something like an overhaul. As things stand right now where we see a huge difference in strategic outlook between Kigali and Kampala, coupled with the latter’s reluctance to rethink, there is little hope that the current political impasse will thaw out anytime soon. Below I share my views.

To begin with, it is extremely difficult to know what Uganda’s policy on Rwanda is. It is neither written anywhere for people to have a look at, nor does Ugandan President Yoweri Museveni ever say what  exactly he expects from Kigali. Not even in off the cuffremarks during his regular addresses to the nation. On the other hand, his counterpart from Kigali, Rwandan President Paul Kagame has not hidden his frustration when it comes to dealing with Kampala. As head of state he knows he owes it to Rwandans to regularly explain why our two countries are still at loggerheads. For this reason at any opportune moment he provides updates in view of what his government continues to do in trying to achieve normalization of relations, and why thus far no tangible progress has been made.

Because of President Kagame’s proactive leadership methods, all his top government officials as well as senior cadres of RPF read from the same script on Uganda. National views are quite harmonized and expectations are evenly shared. So often the leadership comes out to update citizens about the goings on, making it easy for the entire electorate to know exactly what their country’s issues with Uganda are. To the contrary when it comes to Ugandans’ understanding of what goes around and why relations continue to be under deadlock, you hear most of them saying that the issues are between the two heads of state. They come to this conclusion because the top leadership officially says absolutely nothing about the differences, yet senior Ugandan government officials tell their people in private, for lack of better explanation, that only President Museveni knows what the exact problem with Rwanda is.

I recently spoke to a Ugandan senior researcher with deep knowledge about the political differences between Kampala and Kigali, and got shocked. When I asked him who else in their government besides President Museveni knows why we do not get along pretty well as we should, he said most cabinet members know next to nothingabout the root causes! Not being satisfied, I had to probe further to understand why. The answer he gave me was quite revealing. He told me President Museveni knows well if he put to cabinet his issues against Rwanda, not a single one of them would make sense to discerning ministers. So because he would not want to be challenged and potentially lose it on Rwanda, a topic on which he craves to remain the sole expert, the researcher says his natural action is to be silent, keeping everybody in a state of ignorance. By behaving like this he manages to fend off with ease any attempts to intrude into his mind where issues with Rwanda are secretly kept. The elder statesman is under no illusion about how out rightly any well meaning mind and heart would dismiss them. He would not want to be swayed from his unreasonable position,therefore there is no point risking.

Now, if President Museveni does not openly share either with his counterpart or his government officials the true reasons for maintaining a cleavage between Uganda and Rwanda, how will Kigali ever know them, for purposes of never giving up on trying to appease him, for the sake of peace? Never mind Kigali, simply look at the media, where President Museveni’s mind can be easily read, frequently.

Take this example when recently a French journalist quizzed him in search of confirmation to allegations that Kigali has in the past spied on some of his senior government officials. His reply was that it was a waste of time since the state secrets Kigali is looking for are buried deep in his head. There you go. In one go without knowing President Museveni had not only confirmed that he too believes the allegationsof espionage by Rwanda, but that he also took it to be an issue. Otherwise if his view had been different, this was the best opportunity for him to dismiss the rumour. And that is not all about reading President Museveni’s mind where he spreads it out in the media for all to see.

On social media whenever Rwandan cadres engage with their brothers and sisters from Uganda on political issues which directly feed the sharp bilateral divide, Kampala’s mind comes out vividly. For instance when Rwandans challenge Ugandans on the issue of their government support to RNC, FNL and various other anti-Kigali armed rebel groups, the answer we get is that Uganda as a sovereign country has a right to choose who it befriends regardless of whether they be enemies of Rwanda or not. And they are never done, because to this argument Uganda government operatives on social media will always annex a near silly rejoinder that since “Rwandans run away from repression back home, in kindness and to be different, Uganda has to be both the pathway, if not the final place of settlement.” Indeed this is what Uganda has often been to Rwandan criminal suspects running away from the long arm of the law, much to their undeserved relief. See how criminality in Rwanda can be fanned by Uganda’s so-called open door. Observers have been saying hospitality towards criminals is tantamount to complicity in crime.

Rwanda should lend its 3D spectacles to Uganda

On reading this, in case you are a keen follower of our daily conversations with Ugandan social media political activists, you will be expecting more. Because you will have been reading their blatant assertions, often in tones of entitlement-denied, that Rwanda has been ungrateful following, in their own words, the “help Uganda gave to RPF during the 1990-94 liberation war.” Unfortunately that is how stuck far in the past these folks have proven to be. Moving on is not something they learn at school it seems. And please do not bring up the reminder to them of the key contribution in combat operations by Rwandan military personnel. Do not tell what President Musevenihas not been honest with them about, that NRA/M throughout the 1981-86 bush war, and thereafter through to the 1990s period of stabilization, benefitted heavily from Rwandan sweat and blood, http://www.newtimes.co.rw/opinions/note-kampala-rwigema-ours-not-yours. The leadership here teaches us to do good to society and bounce. JyaUgiraneza Wigendere.

If Uganda was to put aside the Rwakitura way of expecting reward from Rwanda and for a moment borrow from Kigali 3D spectacles, Uganda would be able to see and appreciate the handsome annual turnover from trading with her neighbor south to the tune of $600m. That does not include remittances by Ugandans working in Rwanda, Rwandan tourists as well as thousands of students studying in Uganda, http://www.independent.co.ug/losing.sight-of-grand-strategy. God in heaven, Uganda, that is some pay back like you have never got from anywhere else, not so? However, President Museveni’s people lost all this economic revenue at the cost of Kampala refusing to give up association with anti-Rwanda armed rebel groups and other offences well known to them as pointed out by Kigali time and again.

In a nutshell, this is the political mathematics Ugandans will never comprehend. Because they do not understand how their leadership fails to make the easy choice between black and white regarding gains versus loss, they end up concluding that there must be something mythical between President Museveni and President Kagame which keeps their two administrations apart. But in actual sense on the side of Rwanda there is nothing hidden. President Kagame spills the beans every day that passes. Yet in truth too, there is nothing hidden on President Museveni’s part. It is just a blend of grand stubbornness and a little backwardness that holds things up. And since he is not growing any younger, expecting him to change this late in his political career borders on the impossible. Only God will save us.