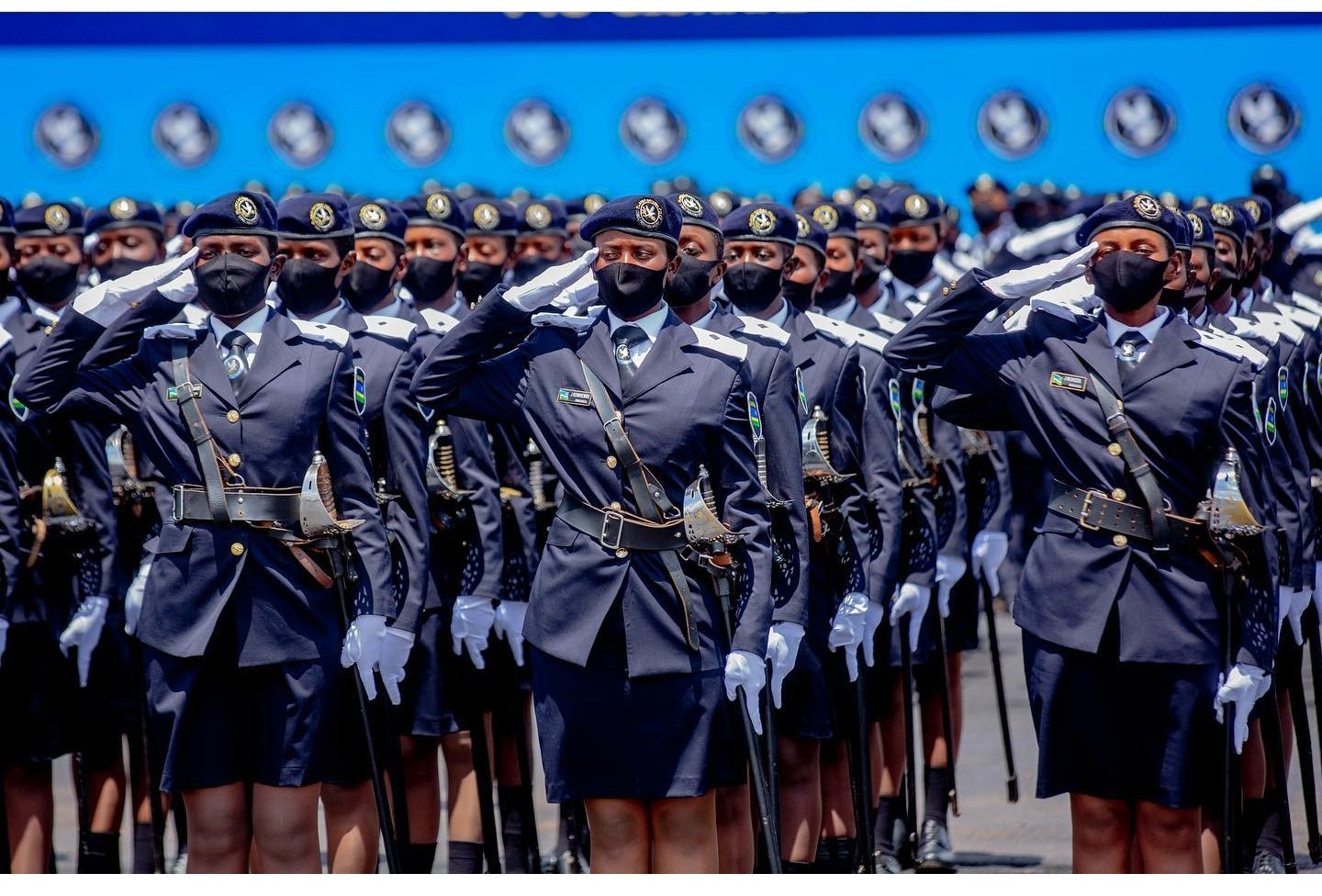 A total of 656 police officers, 80 of them women, at the National Police Academy, Gishari, Rwamagana, were commissioned into the Rwanda National Police (RNP) graduating to rank of Assistant Inspector of Police or AIP.

The new recruits were commissioned by Prime minister Edouard Ngirente, who is stood in for President Kagame.

All public gatherings in Rwanda, are held under conditions to protect the participants from Covid-19, including testing for the virus. The passing out parade was no different, but not even the pandemic would be allowed to dampen the unbridled joy of the new recruits. There were tears of joy, and emotional, long embrace of parents, other relatives and friends, who had come to share the special day. 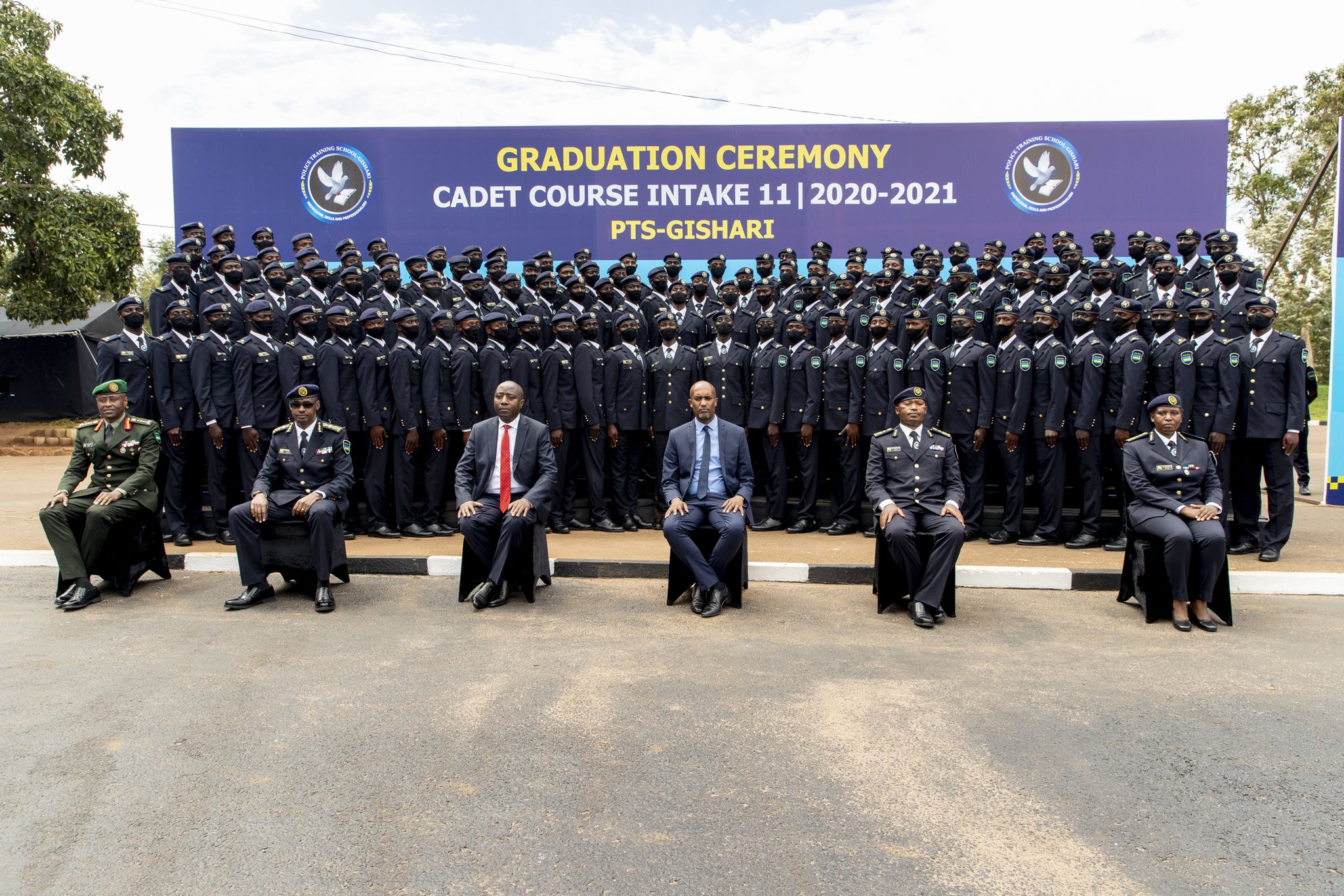 Catching the mood, the Prime minister, spoke of the passion and commitment that had driven the new officers to earn their new rank, and reminded them of their priorities.

“I thank the parents and families of the new cadet officers for encouraging them throughout the journeyh of entering the security organ, to defend our country. To reach what you have achieved today, requires passion and strength that you have shown. It also requires being focused and disciplined, which is worth celebrating.” 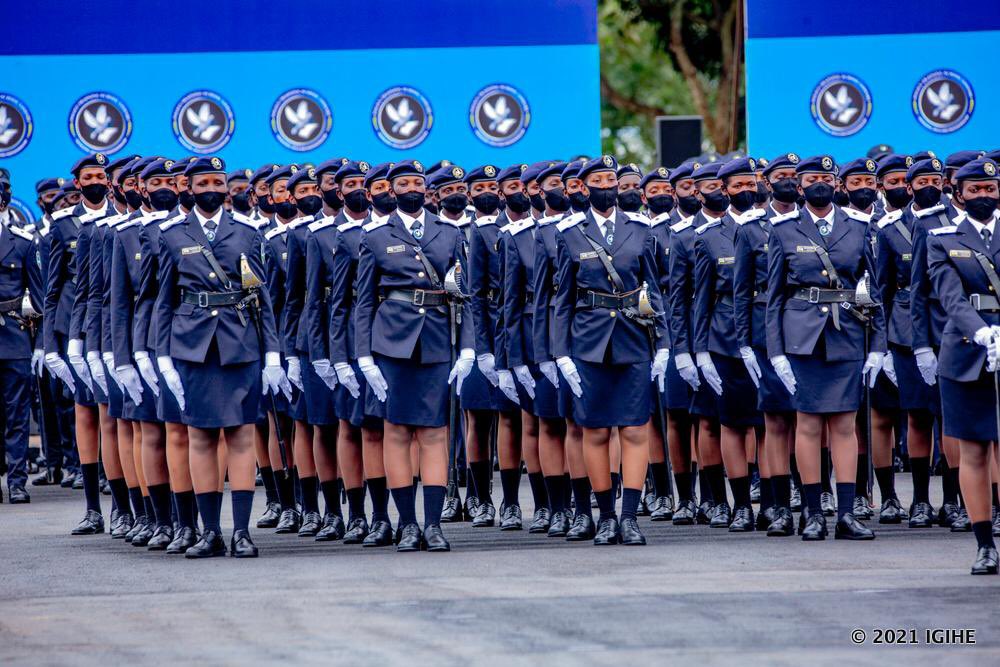 “One of the strong pillars of Rwanda National Police, in partnership with other organs and the citizens, is delivering good service, giving the people the dignity, they deserve. In thecareer you are beginning, keeping law and order, you should always remember that serving Rwandans, everybody living in the country is a priority,” 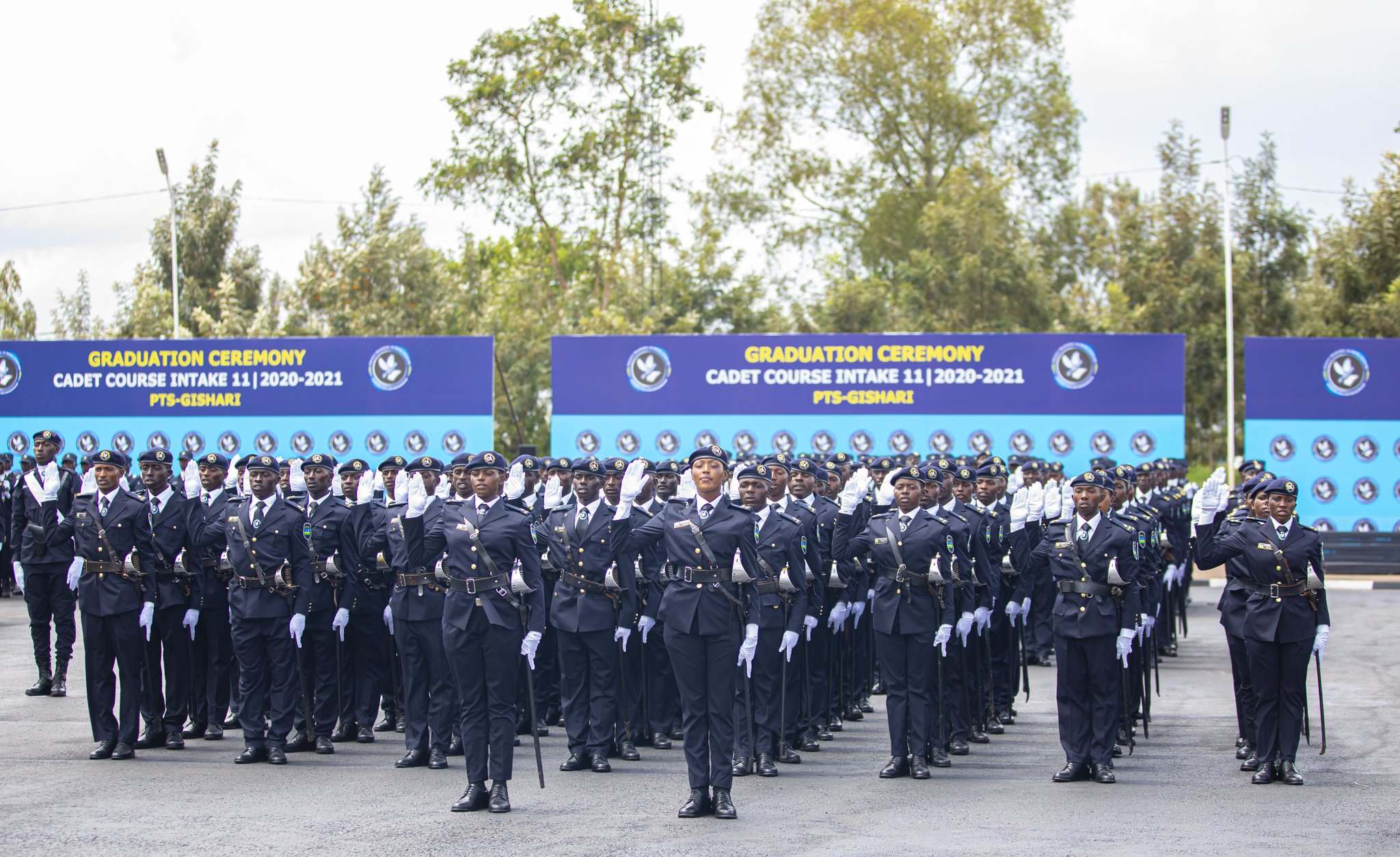 Several skills were packed in the 52 week training. They included leadership, management skills, and military drills.

“They were trained for a number of capabilities” said the Commandant of Gishari Police Academy, Commissioner of Police, Robert Niyonshuti, “including public order management, leadership, fire arms training, and traffic laws.” 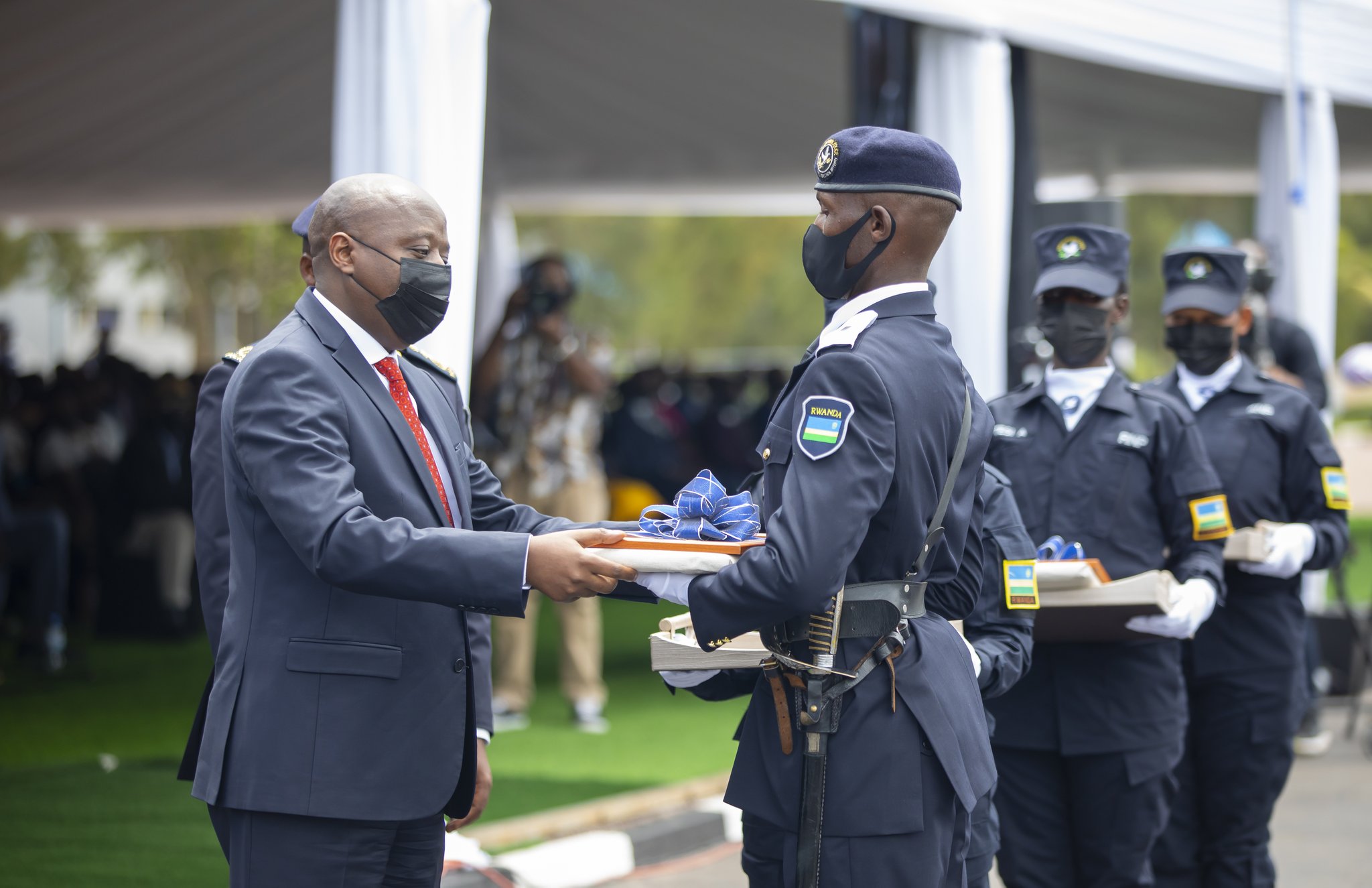 The Prime minister reminded them that graduation did not mean the end of their training, which should be continuous.

“You should always train yourselves; your vision should always aim at moving with new trends to combat new crimes and ensuring security. I would like to express our appreciation for the trainers at this Academy, and the Police force, which has expanded the academy, adding training in technology, and making the most of knowledge transfer from our partnerscapacity building and to leadership training.” 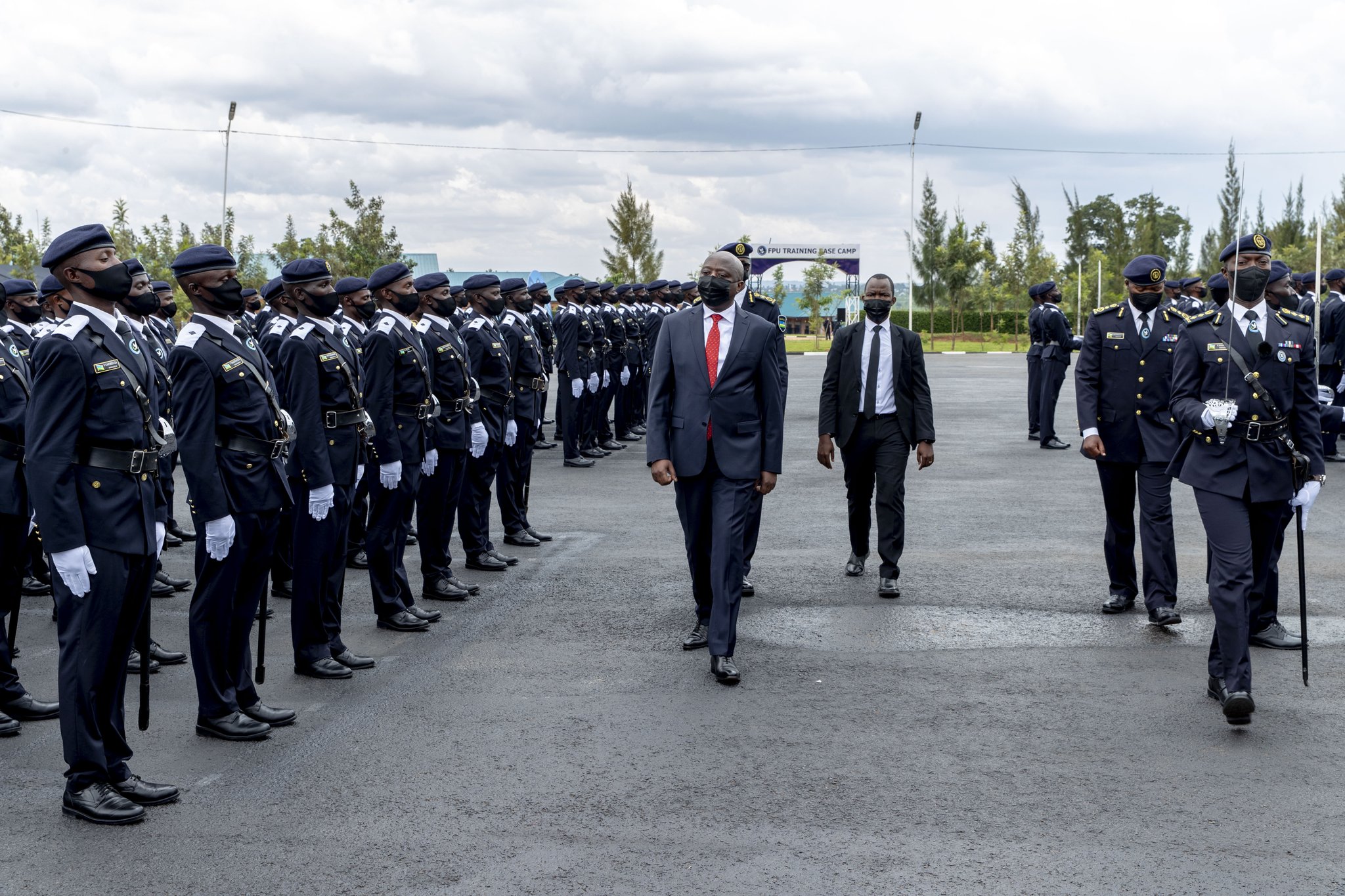 For this year’s graduate recruits, training inevitably included working with local government, and community organisations, to protect the public against Covide-19.

The Prime minister expressed the confidence that the new recruits’ commitment, guided by the excellent training they have received, they would more than live up to the high expectation of the Rwanda National Police.

All that would come later, however, for this moment, the new officers burst into spontaneous song and dance, dragging in their proud parents.