The SARS-Cov-2 has changed and, in some ways, halted Christmas and New Year festivities altogether, but some things do not change. As always, there will be a spike in demand for electricity, as cities around the world try to outdo each other, in yuletide street decorations.

As part of a plethora of measures to close as many avenues as possible, to the Omicron variant, Rwanda has brought the curfew forward, from midnight, to ten in the evening.

That leaves three hours for a walk around cities and towns, in particular, the capital Kigali, and let the Christmas decorations get you into a festive mood, despite the best efforts of Covid-19.

And once at home, you may wish to get onto the electronic gadget of your choice, and see how your city, measures up to other capitals, around the globe.

The custom of lighting up the world’s streets, for the Christmas, and New Year festivities, began in the early twentieth Century. The first outdoor Christmas light display, is believed to have been organised, by businessman, Fredrick Nash, with the Pasadena Chamber of Commerce, in Altadena, California.

In 1954, Regent Street, in central London, put up its first Christmas lights, followed by neighbouring Oxford Street, a somewhat tardy five years later, in 1959. Today, London boasts some of the most creative Street Christmas lights, in the world.

By the 1960s, many cities in the industrialised world, were lighting their streets at Christmas, although the tradition was yet to reach the today’s often spectacular designs.

By 1963, public street lighting had become so established, that the African-American community, in Greenville, North Carolina, chose the turning off of the lights, to stage a Black Christmas boycott, or Christmas Sacrifice, in protest against segregation, and the discriminatory denial of employment to black people.

Today, with environmental concerns about energy consumption becoming a major consideration, most city authorities have now switched to the use of light emitting diodes, or LEDs, for their energy efficiency.

The city of Kigali street lights were first put up  a decade ago and since then, almost the entire city is lit up, with the designs becoming more complex.

From ten o’clock, the city will be cloaked in a meditative stillness, with only the lights at high volume. With the streets empty of traffic, the air in one of the world’s cleanest cities, will also be at its cleanest. All that however will have to be imagined, as its inhabitants will be at home, denying SARS-Cov-2 its means of transmission. 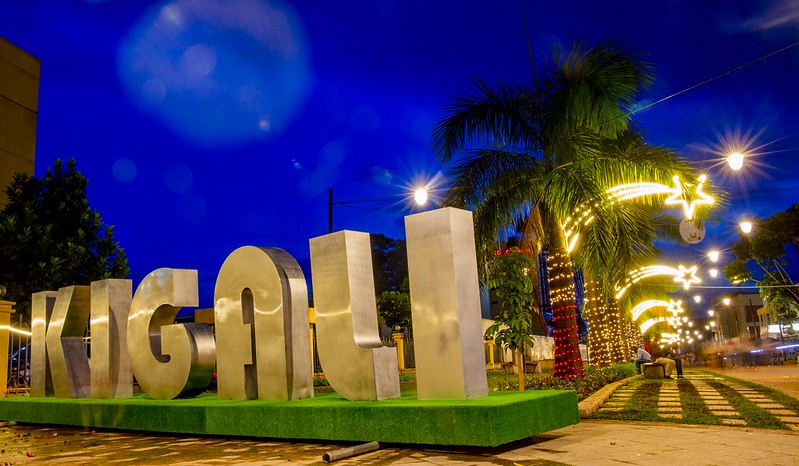