The Inspector General of Police (IGP) Dan Munyuza is in Lesotho on invitation from the Commissioner of Police Lesotho Mounted Police Service. Today on Wednesday, January 26, he held a bilateral meeting with his counterpart, Commissioner Holomo Molibeli.

IGP Munyuza was accompanied by Rwanda’s High Commissioner to South Africa, Amb. Eugene Kayihura, who is also accredited to the Kingdom of Lesotho.

The five-day visit is a move in the right direction to further strengthen ties between Rwanda National Police (RNP) and Lesotho Mounted Police Service (LMPS), which is guided by the cooperation pact signed between the two police institutions in August last year, in Kigali.

The two Police Chiefs discussed ways to continue to reinforce the existing cooperation and to explore other areas of partnership against transnational organized crimes and capacity development.

Commissioner Molibeli thanked his Rwandan counterpart for honouring the invitation adding that the cooperation will continue to add value to policing.

IGP Munyuza is also expected to officiate at the pass-out of the Lesotho Police Basic Course, this Friday.

“Our visit to Kigali in August last year resulted in the of signing the cooperation agreement, which will benefit all of us. We will continue to build from that to ensure security of our people,” said Commissioner Molibeli.

IGP Munyuza, on his part, said that Rwanda values cross-border cooperation to effectively respond to the emerging security threats including violent extremism. 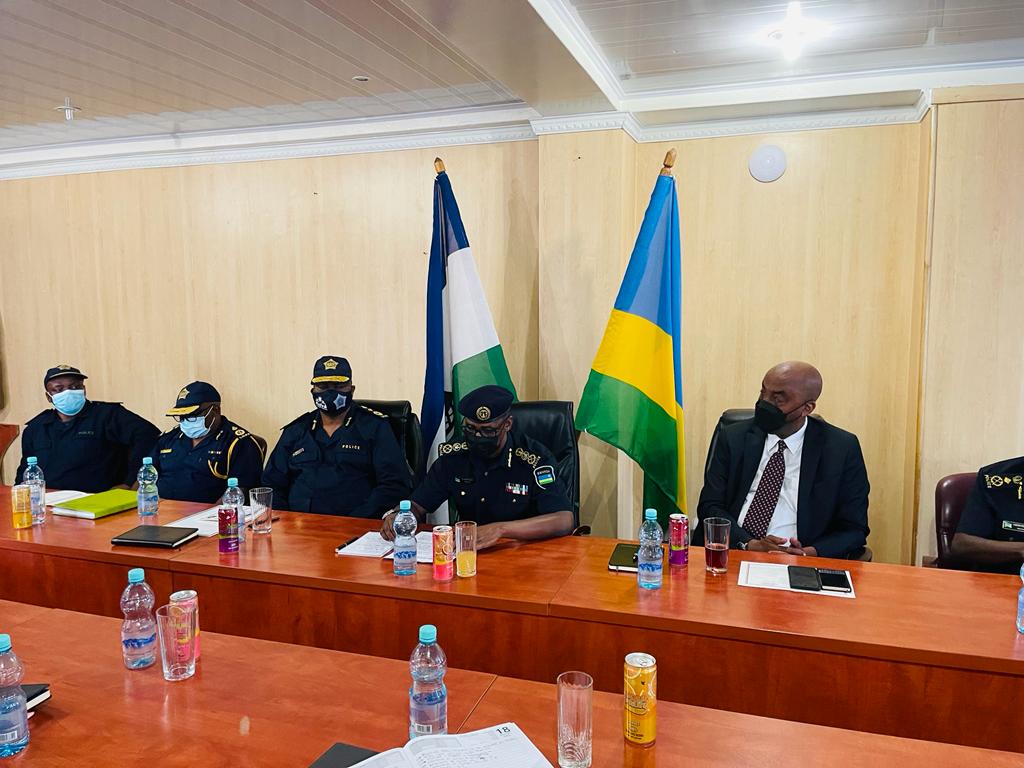 “Working closely together as security institutions is one of the best ways to counter security threats, which destabilize our countries and our continent in general,” IGP Munyuza said.

The pact signed in Kigali last year outlines key areas of cooperation, including partnership against terrorism, organized and transnational crimes; capacity building in community policing; exchange of information and expertise; as well as training opportunities and expertise development.

Other areas include development and exchange of training materials and curricula, combating proliferation of small arms and light weapons, timely exchange of information on criminals and criminal activities, and joint operations.