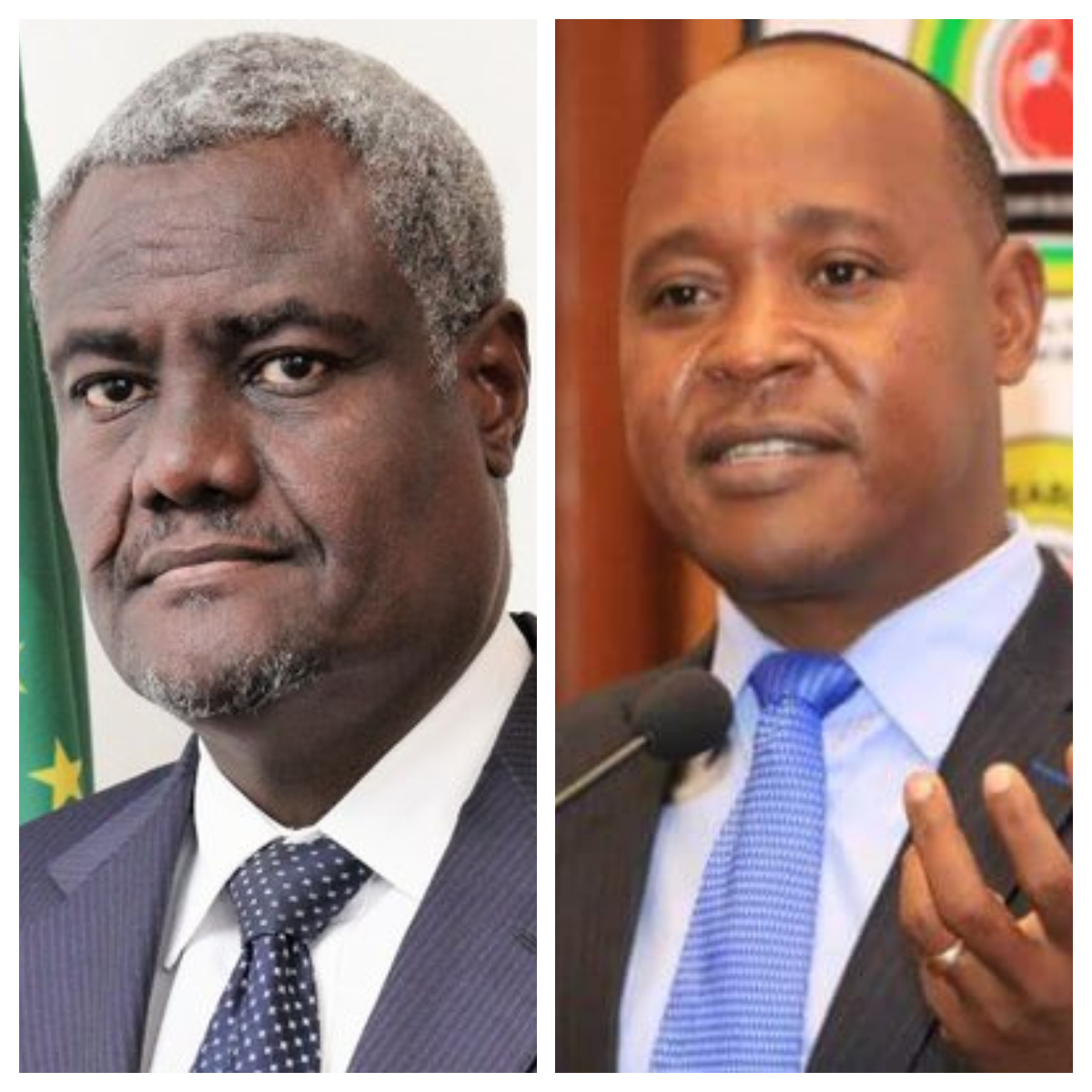 The announcement by the Government of Rwanda that the Gatuna border, between Rwanda and Uganda will be reopened on January 31 has elicited continental and regional reactions, with many describing it as a major milestone.

Rwanda announced on Friday that Gatuna One Stop Border Post will reopen this Monday, nearly three years after it was closed on February 28, 2019.

The announcement is the latest in the developments that have sent strong signals that relations between Rwanda and Uganda are moving towards normalization, following the visit of Lt Gen Muhoozi Kainerugaba last week.

The Chairperson of the African Union Commission (AUC), Moussa Faki Mahmat welcomed the announcement which was issued by Rwanda’s Ministry of Foreign Affairs, taking note of efforts by Kampala to address some of the issues Kigali raised, which led to the souring of relations.

“I welcome the announcement by the Govt of #Rwanda to re-open the #Gatuna border with the Republic of #Uganda as from 31 January 2022; this latest development is a positive step in the continuing efforts by the two neighbouring sister countries to normalise their relations.” Faki tweeted.

Excitement has gripped people on both sides of the border as the two countries seem to work towards resolving the misunderstandings, following the visit of Gen. Muhoozi, a Senior Presidential Adviser on Special Operations and Commander of Land Forces of the Uganda People’s Defence Forces (UPDF).

Gen. Muhoozi visited Rwanda on 22nd January 2022 and met President Paul Kagame in Kigali to discuss bilateral ties between the two countries which had deteriorated further since the 4th Quadripartite Summit held at Gatuna/Katuna on February 21, 2020.

President Kagame and Gen. Muhoozi agreed to take practical steps towards resolving issues that have caused tensions between Rwanda and Uganda over the last five or so years.

In a statement, the Government of Uganda welcomed the announcement of the reopening of the border, which has been part of the key issues at the centre of discussion.

“The Government of Uganda welcomes the statement issued by the Ministry of Foreign Affairs and International Cooperation of the Republic of Rwanda through their official twitter handle, about the reopening of the Katuna / Gatuna border post,”

“We appreciate the efforts by the two Heads of State; H.E Yoweri Kaguta Museveni and H.E Paul Kagame towards restoration of the strong historical bilateral ties, crucial for the well-being of the peoples of both countries.  We look forward to continued cooperation in addressing any other obstacles to our cordial relations.

“We appreciate Lt. Gen. Muhoozi Kainerugaba, the Commander of the Land Forces of the Uganda Peoples’ Defence Forces (UPDF) whose visit to Rwanda on 22nd January, 2022 gave assurance to the Government of Rwanda on Uganda’s commitment to addressing the remaining obstacles, hence reopening the border on 31st January, 2022.”

“The Government of Uganda acknowledges the representative sent by the Government of the Republic of Rwanda to attend the official burial ceremony of the late Prof. Emmanuel Tumusiime Mutebile, former Governor Bank of Uganda.”

“The Government of Uganda remains committed to the ongoing efforts to resolve pending issues between our two countries.”

The East African Community (EAC) has also thrown its weight behind the two countries, offering to support them towards the full restoration of bilateral ties.

Tensions between the two countries had crippled the regional bloc’s efforts to promote trade and free movement of people and goods. Rwanda maintained that it closed the border to protect her citizens who were being persecuted Uganda. 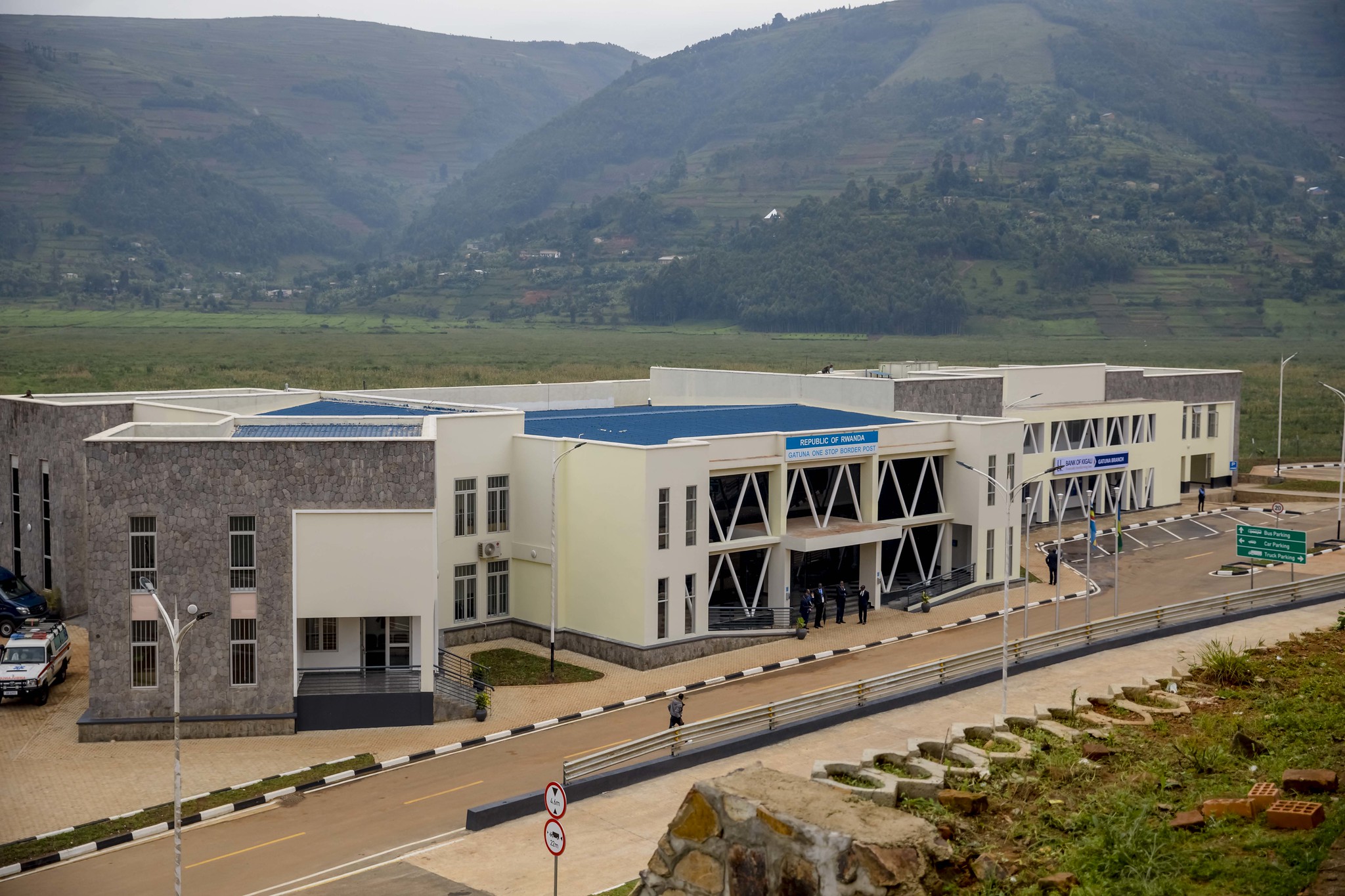 Construction of Gatuna One Stop Border Post on the Rwandan side is complete.

The EAC Secretariat commended the leadership and governments of the two countries for their efforts towards the common border, which was among the crucial border points in the region.

The bloc’s Secretary General, Dr Peter Mathuki, hailed the move terming it as a boost to regional integration, noting that strengthening bilateral ties between the two EAC Partner States will revitalize social, economic and political relations.

“Re-opening this strategic trade route is in line with the provisions of the EAC Common Market Protocol and is set to accelerate economic and social development of the Partner States by reviving the free movement of goods, persons, capital and labour,” said Dr. Mathuki.

Dr. Mathuki said that the re-opening of the border would also promote peace and security across the region.

“The move is a reflection of the deep commitment and existing goodwill among the EAC Heads of State to widen and deepen cooperation in the bloc, particularly as the Community expands with the anticipated entry of the Democratic Republic of Congo,” he said.

He further said that the Community was committed to supporting initiatives that promote regional integration within East Africa.

“The Secretariat is ready to provide any technical support that may be required to ensure sustainability on the movement of goods and services across all the borders,” said Dr. Mathuki.

The re-opening of the border is set to spark social and economic activities and also benefit the informal cross-border traders who rely on the two Partner States for the supply and market of their goods.

It will also fast-track the operationalization of the Gatuna-Katuna One-Stop Border Post and in turn, reduce the cost of doing business across East Africa.