Since November 2018, the Rwanda Basketball Federation (ferwaba) has been using a logo in its activities with the sponsorship of Bank of Kigali art works.

After parting ways with them, Ferwaba decided to design a unique  logo to be used in competitions organized by the federation especially in the first and second division.

During Wednesday press conference, they explained that the reason was that they had already parted ways with their sponsor and its art works “was in our national league logo, so they had to find a special logo,” says Jabo Landry, the federation’s operations manager.

“As you know we couldn’t keep up with BK as our sponsor, and you know that the league logo was composed by their artworks, so after we didn’t continue, we had to make a special league logo which is what you see here,” he said.

The federation’s representatives also explain the start of the second division in upcoming days while the division one are on day 7 of the league.

“The teams that will take part in the second division for the first time are 16 teams. The championship, is set to kick off from 1st April 2022” technical adviser Claudette Habimana Mugwaneza explains. 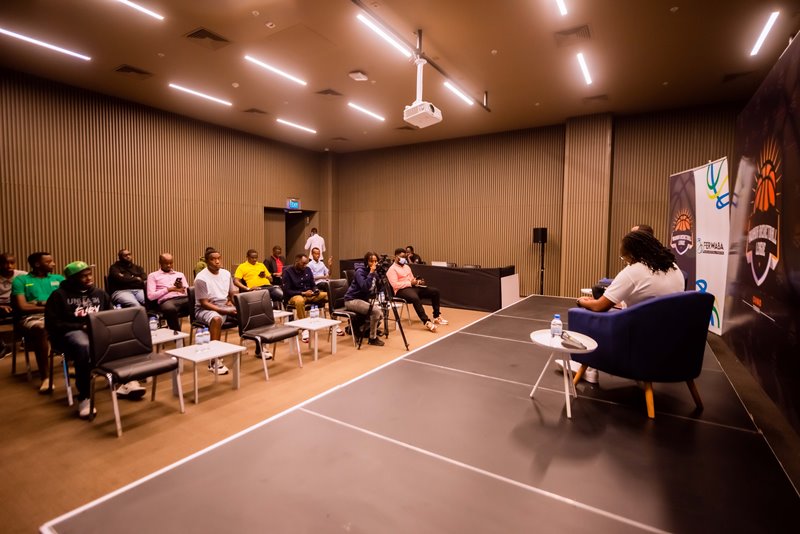 Another topic discussed was that Rwanda will host the second window of  World Cup qualifiers group A and B from July 1-3.