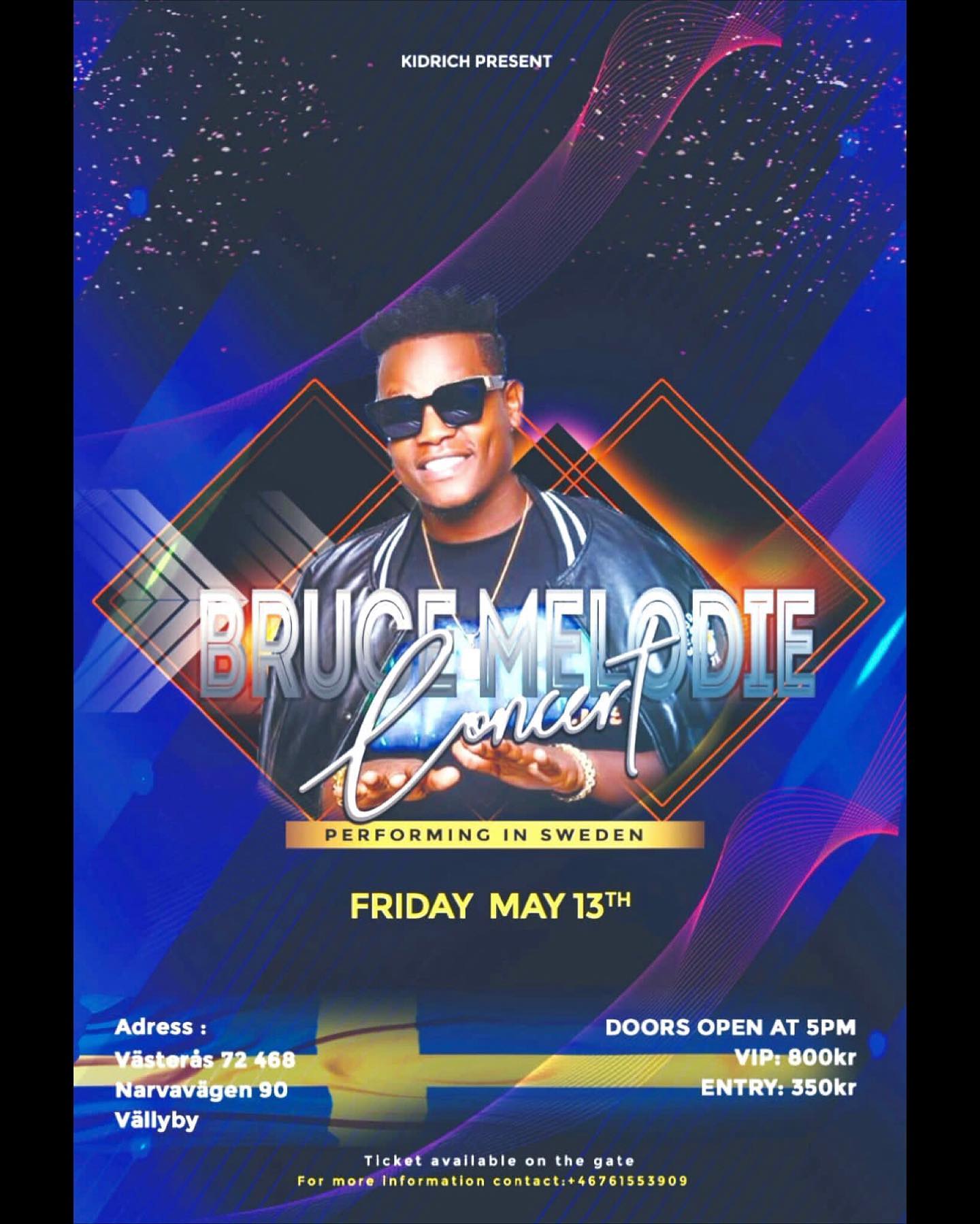 This will be the first show of Itahiwacu Bruce better known on stage as Bruce Melodie and it will come after a stopover in Brussels where he will also perform for his fans.

Melodie first broke on the mainstream back in 2012, with hit songs like Uzandabure. Currently, he is one of best-selling musicians in Rwanda.

The Izina hitmaker ventured into expanding his music spheres by recording songs with various artists in the region like Sawa Sawa featuring Kenya’s Khaligrapher Jones, Totally with Tanzania’s Harmonize and Uganda’s BET award winner Eddy Kenzo whom they have a collabo in a pipeline.

Of recent, he was one of the artists that lighted up famous Blanket&wines festival in Kampala, Uganda.

Bruce Melodie fans in Sweden will be treated with hit songs like Katapila, Totally, Bado, Saa Moya and many more.