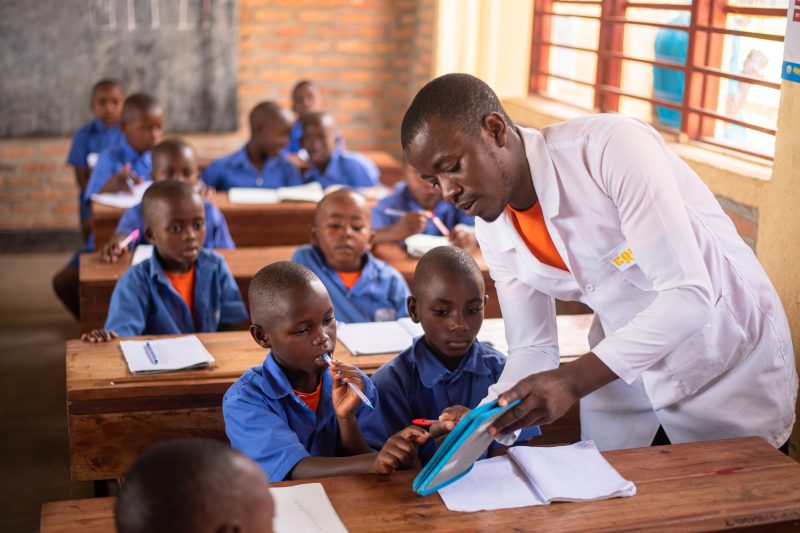 While Rwanda is looking forward to putting quality of education to greater heights, an independent study by Nobel Prize Winner economist Professor Michael Kremer implies that the country is on the right track.

The ground-breaking study suggests that children living in underserved African communities could receive 53% more learning, over their early childhood and primary school career, in schools supported by NewGlobe; the technical partner to the Rwandan Government’s RwandaEQUIP initiative.

This methodology recommends to teachers a range of techniques in the classroom to engage, communicate and connect with their class.

During the 2022 Education World forum in London, Nobel Prize Winner economist Professor Michael Kremer shared the outcomes of a study on a similar methodology in Kenya supported by NewGlobe.

The study finds that after two years, primary school pupils in the NewGlobe’s program in the study, are nearly a whole additional year ahead of pupils taught using standard methods. 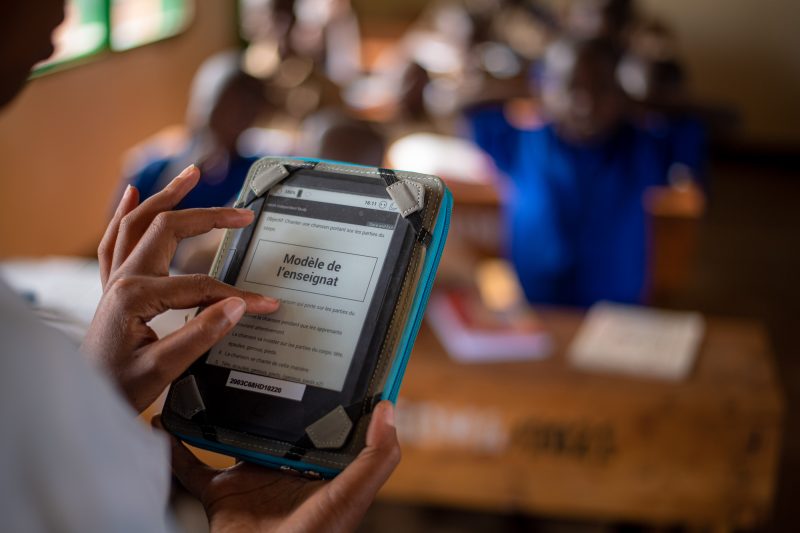 For early childhood development (ECD) – typically 3 and 5 year olds – pupils gain nearly an additional year and half of learning; learning in two years what pupils in other schools learn in three and a half years.

“The learning gains in the study are among the largest in the international education literature,” part of the study findings read.

“The effects in this study are among the largest in the international education literature, particularly for a program that was already operating at scale,” said Professor Michael Kremer.

“This study shows that attending schools delivering highly standardized education has the potential to produce dramatic learning gains at scale, suggesting that policymakers may wish to explore incorporation of standardization, including standardized lesson plans and teacher feedback and monitoring, in their own systems.”

The study also finds pupils in NewGlobe-supported schools, 82% of Primary 1 pupils- typically seven-year-olds – can read a sentence, compared with 27% of their peers in other schools.

The World Bank estimates that 90% of 10 year-olds in Sub-Saharan Africa do not reach this benchmark.

“Educational transformation is a core priority for the Government of Rwanda and bold investments have been made to this effect,” said Gaspard Twagirayezu, Minister of State in Charge of Primary and Secondary Education who was at the 2022 Education World forum. 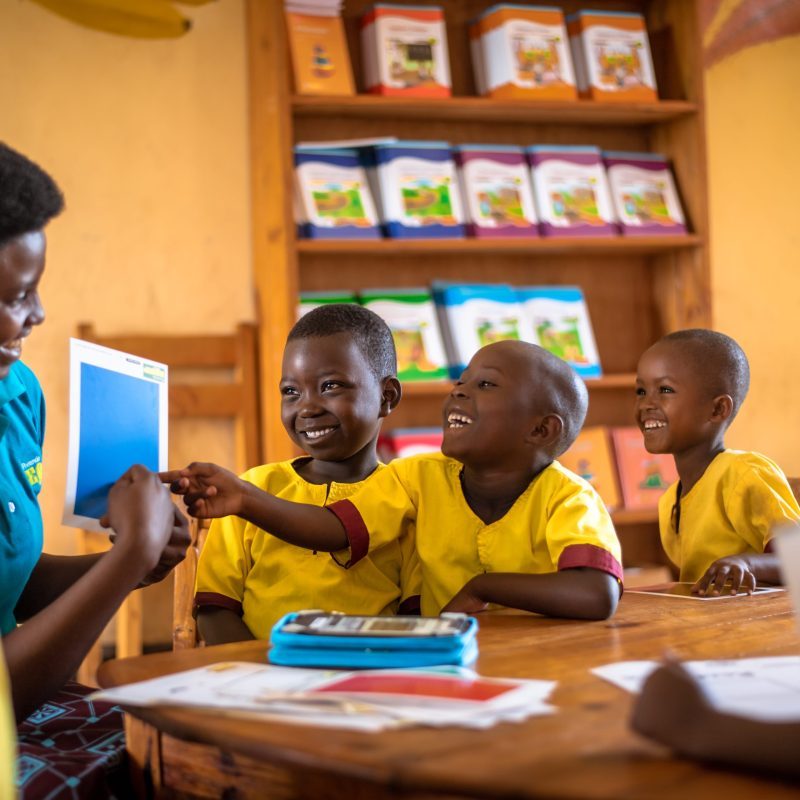 Twagirayezu further said: “The findings of this study provide a wealth of insights that will inform our policies as we accelerate learning to provide quality education for all.”

The study reveals that methodology underpinning RwandaEQUIP increased equity. Pupils starting with the lowest learning levels gained the most, with girls making the same leap in learning as boys.

It contrasts with research which shows girls in Sub-Saharan Africa are consistently disadvantaged in learning.

Speaking about RwandaEQUIP, Managing Director Clement Uwajeneza, said:  “We are proud that an independent study of this size, led by a Nobel-prize winning economist, has found such unequivocal evidence of large learning gains delivered by a methodology that we are currently using in schools across Rwanda. We are proud to support the Government of Rwanda’s policy choice to improve learning.” 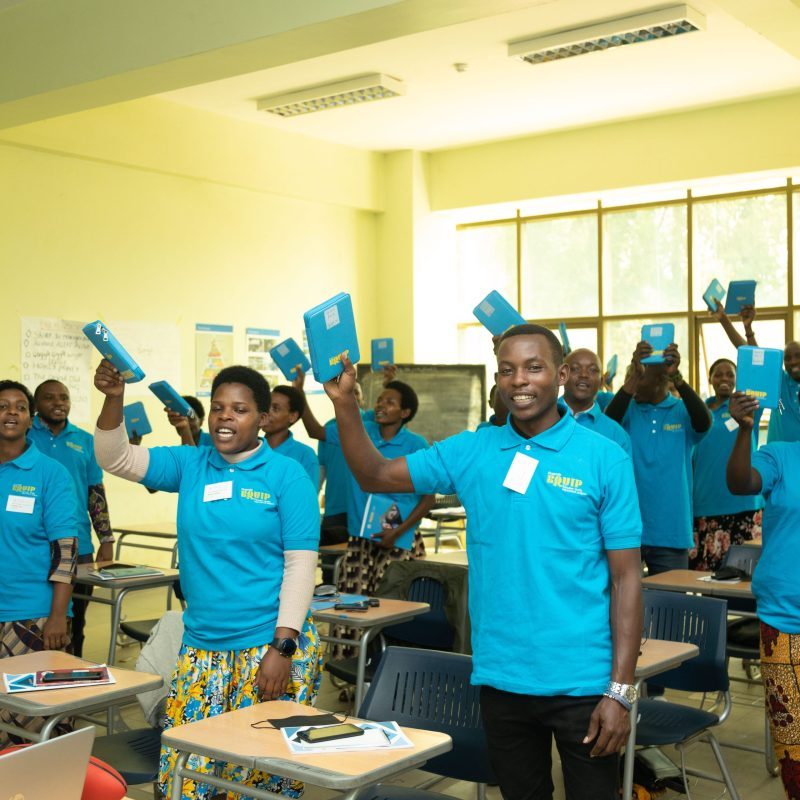 Teachers have also owned this program and they have found it effective.

“Through RwandaEQUIP, we have not only learned how to use technology to improve the way we deliver our lessons but also our English proficiency has increased. In the end, we hope to achieve academic excellence,” Benoit Ntakirutimana, a Teacher at G.S Nyamirama.

RwandaEQUIP started in 2021. It is currently being implemented in 100 public and government-aided primary schools. At the end of 2024, RwandaEQUIP will be operational in 761 schools.

Prof. Kremer will present the findings to the education leaders and policy makers at the UNESCO Transforming Education Pre‐Summit in Paris from 28th-30th June 2022.