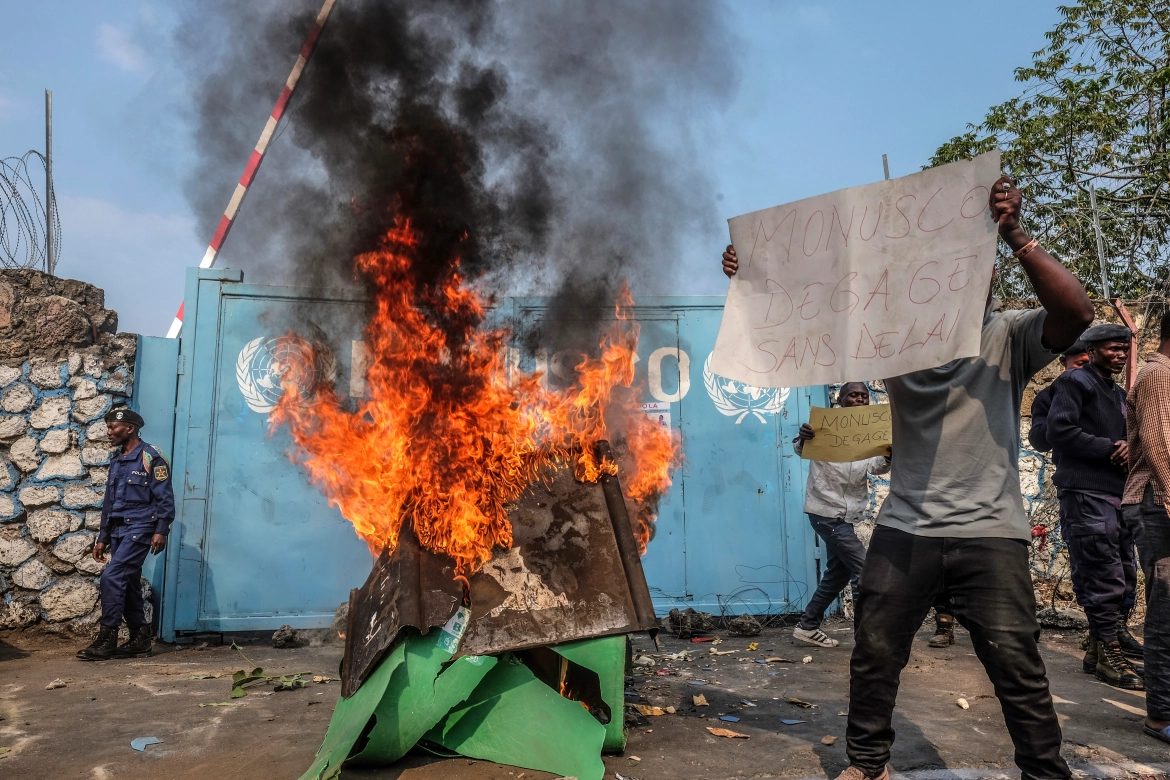 At least 5 people have been reported killed, and 50 injured in anti UN protests in Eastern Democratic Republic of Congo cities of Goma, and Butembo.

The dead included protestors and UN personnel. The exact circumstances of the fatalities, which came as demonstrators attacked UN sites, remain unclear.

The violent demonstrations began on Monday 25th July, seemingly in direct response to a call by President Felix Tshisekedi’s governing UDPS party’s youth wing, for protests against the UN peacekeeping force, MONUSCO, which the party accuses of failing to protect civilians.

Earlier, the influential President of the country’s Senate, Modeste Bahati Lukwebo, had issued inflammatory statements, denouncing the UN, and demanded that MONUSCO, should “pack up and go.” 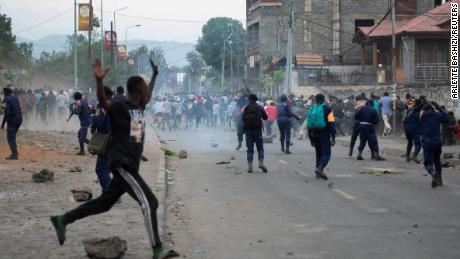 Protestors converged on UN sites in Goma, looting and burning them. Mobs also attacked residences of UN workers, some of whom had to be escorted out of the city.

By Tuesday, protests had erupted 200 kilometres north of Goma, in Butembo. A peacekeeper, and two UN police personnel were reported killed, as mobs threw stones, looted and set fire to buildings.

According to the Indian foreign ministry, two of the dead peacekeepers were Indians.

The Butembo police chief, Paul Ngoma is reported to have acknowledged that some of the protestors, were recruits from among some of the country’s armed groups, and were carrying weapons.