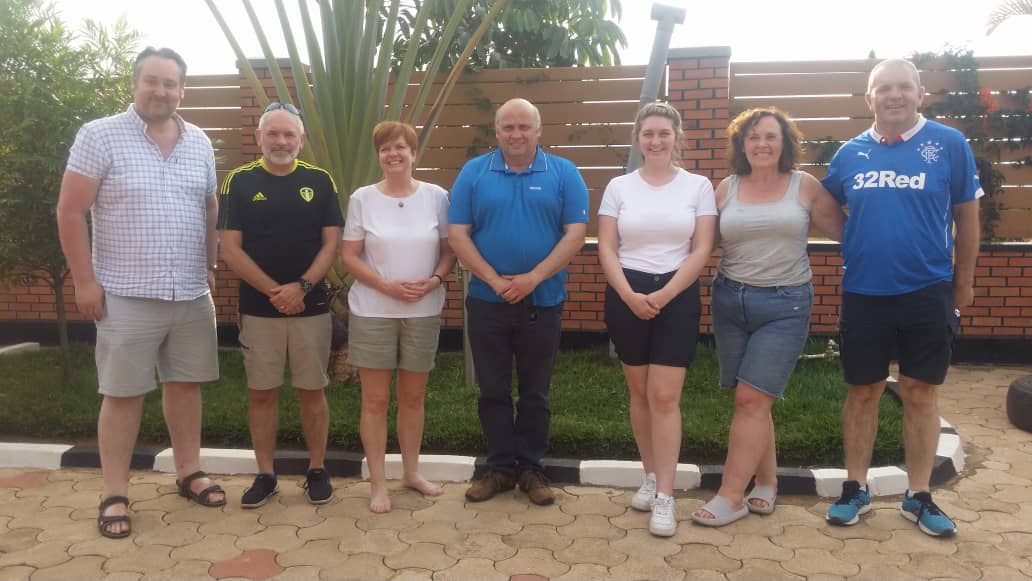 Members of SEFF who are in Rwanda on a 12-day visit say there is a lot Northern Ireland can learn from Rwanda’s unity and reconciliation journey.

South East Fermanagh Foundation (SEFF) delegation from Northern Ireland who are in the country for a twelve-day visit, have applauded the country for the unity and reconciliation journey, since 1994 Genocide against Tutsi during which over one million people were killed.

The foundation supports victims and survivors of violence conducted in the 1960s through 1990s in Northern Ireland. The violence broke out, following tensions between Catholic nationalists and Protestant loyalists, particularly in Belfast and Derry.

According to the reports, tensions flared into violence in the late 1960s, leaving some 3,600 people dead and more than 30,000 injured.

Since last week, SEFF foundation members have been in the country to exchange ideas in reconciliation  and accountability in regard to war crimes and other forms of violence, a move that is expected to facilitate fully implement catholic-Pentecost reconciliation programs that is which are yet to “take shape” in Ireland

“The truth is that no two nations nor their historical context are identical. However, we have felt within SEFF that one nation which is seldom examined or understood is Rwanda,” Kenny Donaldson, Director of Services at SEFF said.

“We found that there was alignment in our core values; around the sanctity of human life and of the power and gift of forgiveness made possible through grace when a perpetrator has expressed remorse for their actions, genuinely repented of their wrongdoing and is committed to a path of restitution,” he added.

He pointed out that Rwanda has made great steps in reconciling survivors and perpetrators, but also rebuilding the nation and peace in communities, something they believe they can learn from in their own country.

The latest report by the National Unity and Reconciliation Commission (NURC) assessed the status of reconciliation in the country from 2015 to 2020.

“We have learnt this week that there is a significant section of perpetrators who are on this journey; they latterly understand and have embraced a Christian path; a path of humanity. Because of this some victims and survivors have felt convicted (however difficult and challenging) to engage in a relationship of healing and renewal,” he said.

“Our representatives are spending 12 days travelling the beautiful Country and we have engaged with victims/survivors of the genocide, some perpetrators who have repented of their crimes, Church and State representatives and we have heard perspectives from a wide range of people. We also visited a number of memorial sites where those slaughtered through the genocide were often buried in mass graves,” he added.