Home NewsNational Africa Is Not A ‘Continent Of Problems’: Kagame Urges On Youth To Drive Dev’t Agenda
National

Africa Is Not A ‘Continent Of Problems’: Kagame Urges On Youth To Drive Dev’t Agenda 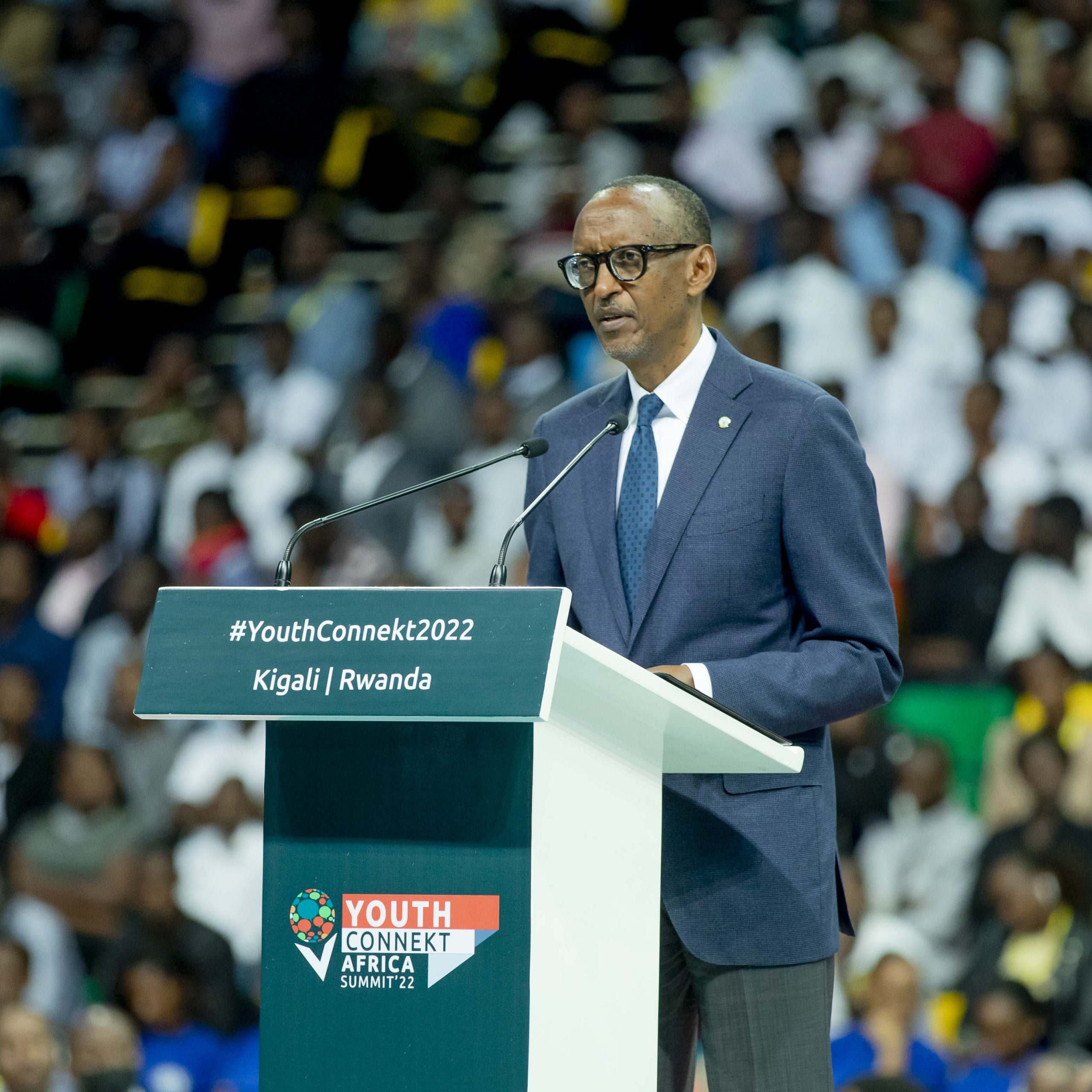 President Kagame challenge young people to take up the mantle.

President Paul Kagame has called on African youth to take the lead and drive the continent’s development agenda as key stakeholders of Africa’s transformation.

The Head of State made the call at the opening of the 5th edition of Youth Connekt Africa, which kicked off at BK Arena on Thursday, bringing together 9, 000 young people from different African countries.

The opening ceremony was attended by high-ranking dignitaries including the Deputy President of Kenya, Rigathi Gacagua and virtually addressed President Hage Geingob of Namibia and President Macky Sall of Senegal.

Addressing the summit, President Kagame urged young people to do away with the perception that Africa is a continent of problems and work hard towards developing it.

“At least, we must also, and as leaders, do our part to recognize that young people are equal partners in our development agenda,” President Kagame said.

President Kagame said that young people have ideas on how to trade more effectively, build stronger health systems, combat climate change, reduce inequality, and much more, which if harnessed can transform the continent.

“We therefore have a duty to listen to you, and work with you,” he said, reiterating what the DP Gacagua had said earlier, that the time for young people to take the lead is now as opposed to the common saying that ‘the youth are the leaders of tomorrow. 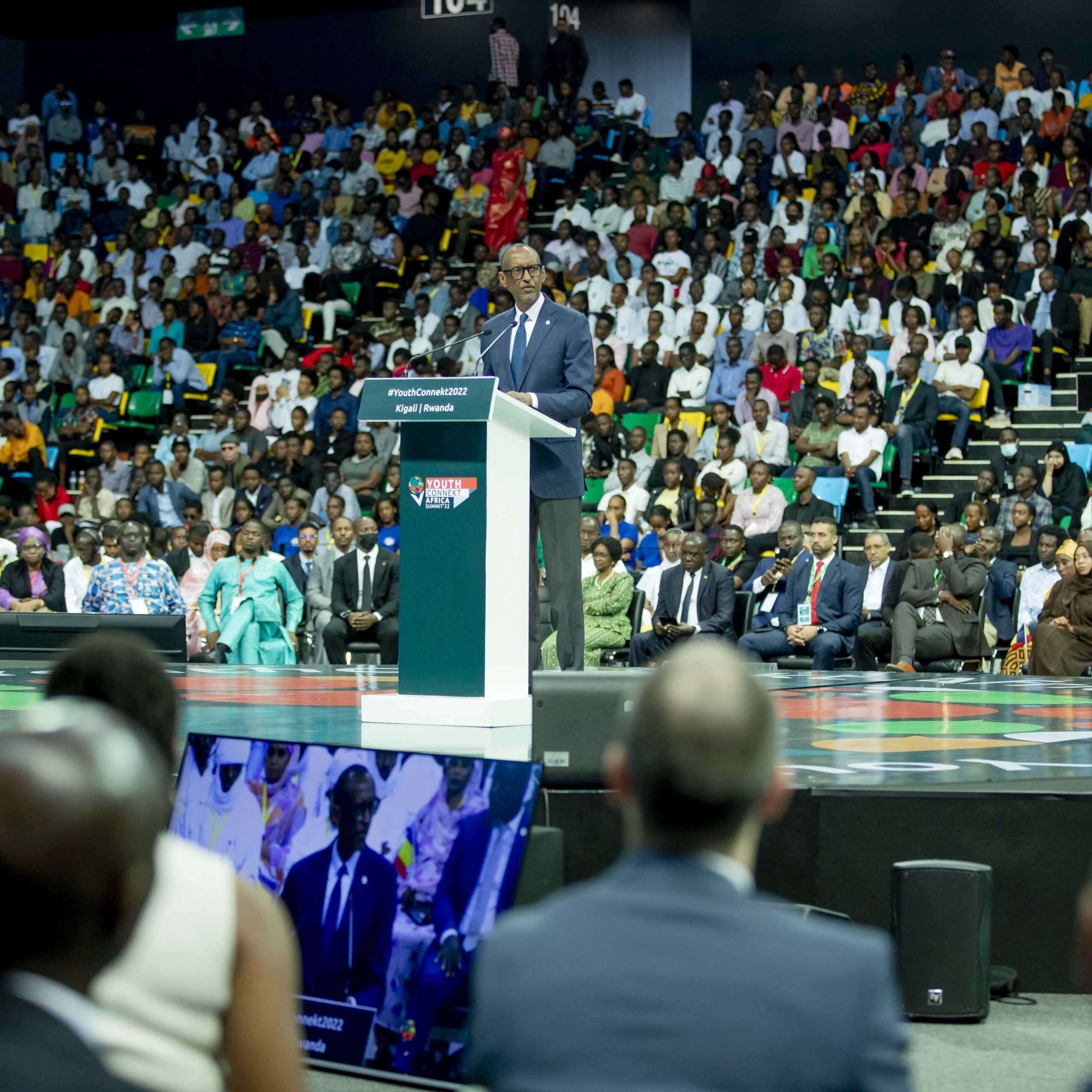 President Kagame however said that for that to happen, young people have to work hard and smart towards fulfilling that purpose and dream.

“Therefore, we must also bear in mind the purpose, who we are, what we want to be, where we want to go, and all that driven in our minds by having a purpose,”

“May I add that, with that purpose, you can add a little bit of discipline. Discipline guides us, measures and lets us know the excesses we have to deal with, whether personally or at the level of society,” he pointed out.

President Kagame told the youth that having a little bit of discipline in their daily lives will serve them well. 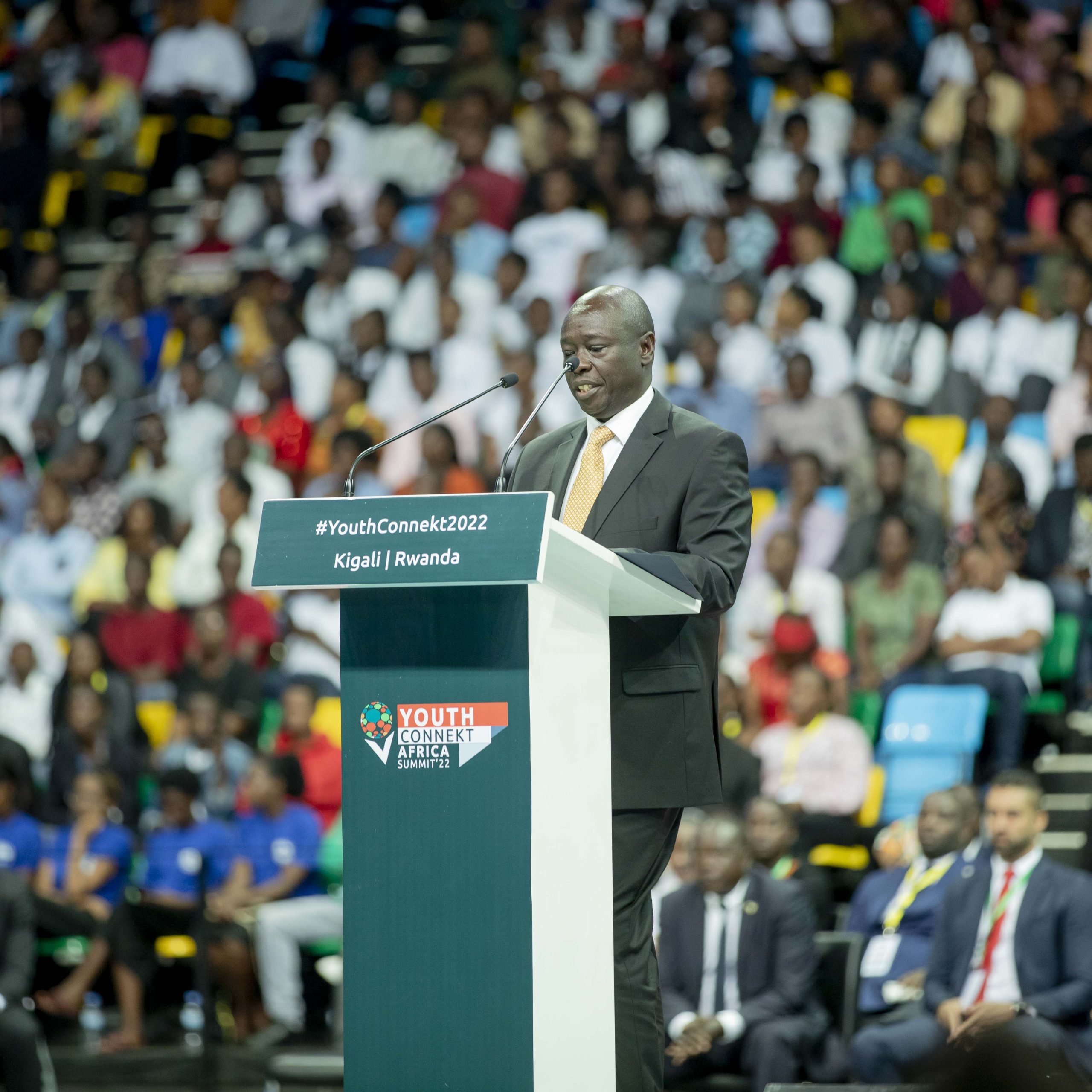 “It [discipline] helps people think, put value to every step of their way. It guides us in the right direction. Whether it is politics, it is a bit of discipline. Whichever part of life, it should involve a bit of that. Of course, everything in excess has its own problems,” he said.

Citing Rwanda’s progress, President Kagame said the country was at its lowest point 28 years ago but people dared to dream big and give themselves something to look forward to, every day.

“We worked hard, and worked together, to overcome division, provide justice, and build prosperity. For the past two decades, this vision has become Rwanda’s purpose, and the reason for everything that we do,”

“I always want to thank the people of Rwanda for their understanding and embracing these principles that have taken us this far,” President Kagame said.

He told the young people that whatever their purpose is, they should not get discouraged by doubts.

“Begin by not doubting yourself. Try to overcome that, and ultimately, you, your family, your country, and our continent, will be better off for it,” he said.

He said that since its launch in Rwanda 10 years ago, Youth Connekt has become an important forum where young people come together to share ideas.

“YouthConnekt has become a powerhouse, bringing together thousands of young people every year, to contribute solutions, and learn from each other,”

“I thank all partners and friends for being part of this journey, from the beginning, with particular recognition of the United Nations Development Program (UNDP), and the Korea International Cooperation Agency (KOICA),”

How Rwanda Was Selected Among Seven Trailblazers, In Historic Move To Make AfCFTA A Reality.