Home NewsNational How Rwanda Was Selected Among Seven Trailblazers, In Historic Move To Make AfCFTA A Reality.
National

How Rwanda Was Selected Among Seven Trailblazers, In Historic Move To Make AfCFTA A Reality. 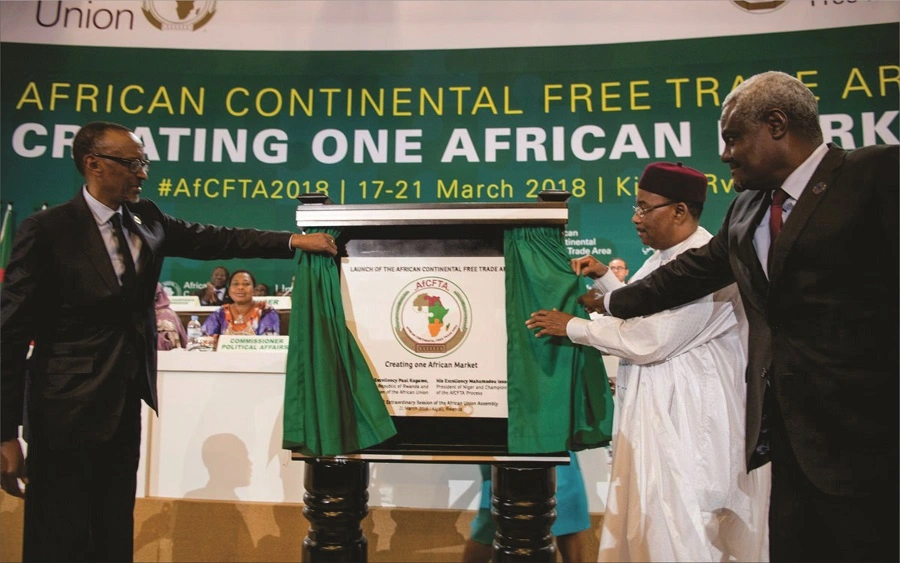 It is a modest, but historic beginning. Seven countries are now leading where it is hoped all of Africa will follow, as they move the first traded goods, under African Continental Free Trade Area (AfCFTA) regulations.

The products to be traded are almost incidental, to the highly momentous symbolism of the first trades in Africa, to be traded within Free Trade Agreements (FTAs).

Indeed, in years to come, there may be quiz games, where people will struggle to name the first products to be traded under AfCFTA trade agreements. The correct answer then, will be coffee, tea, sugar, pharmaceutical products, manufactured household goods, like kitchenware, and steel.

The agreement that would create the world’s biggest free trade area, was signed in 2018, in the Rwandan capital, Kigali. Following the signing, 43, of the 54 African nations, ratified the agreement, with 39, including Rwanda, recognised as ready to trade under the agreement.

Trading within the AfCFTA framework, could technically have begun in January 2021, but little was done, beyond a few shipments, as examples of what could be done.

The AfCFTA Guided Trade Initiative is a pilot project, launched by the Ghana based AfCFTA Secretariat, to kickstart trade between those countries that have demonstrated readiness to start trading with each other, under the agreement.

The seven, Cameroon, Egypt, Kenya, Mauritius, Rwanda and Tanzania, will blaze the trail for others, demonstrating what needs to be done to smooth out the processes, from individual countries’ agreed tariff concessions, to proposed rules of origin of goods to be traded.

It is a beginning of what could be a transformative process for the continent. The AfCFTA envisages free trade agreements, in a market of over 1.2billion people, with a combined GDP (Gross Domestic Product) of over $3trillion.

More than 60 years ago, the visionary first president of Ghana, Kwame Nkrumah, called for African unity, declaring that Africa’s political independence would mean nothing, if not accompanied by economic independence.

For the upbeat AfCFTA Secretary-General, Wamkele Mene, Nkrumah’s call has begun to be answered. He gives coffee and tea, as just one example of what stands to be gained, if Africa develops its markets, and trades with itself.

“The global market for coffee and tea is estimated to be worth over $100billion” he pointed out, “the processing and packaging is done elsewhere, outside our continent, and you can see the losses in the value chain.”

The implementation of the AfCFTA, he added, is a beginning of reversing a trend that has been in place for more than the last sixty years.

Africa Is Not A ‘Continent Of Problems’: Kagame Urges On Youth To Drive Dev’t Agenda