The Inspector General of Police (IGP) Dan Munyuza is in Italy since Wednesday, October 5, for a week-long working visit aimed at strengthening cooperation between Rwanda National Police (RNP) and Italian Arma dei Carabinieri.

The Rwandan Police Chief is visiting Italy at the invitation of the General Commander of the Italian Arma dei Carabinieri, Lt. Gen Teo Luzi.

He described Carabiniere as a “very strategic partner” and a professional law enforcement institution that has managed to maintain security and low crime rate in Italy.

“Our visit is aimed at enhancing Rwanda National Police collaboration with Carabinieri. We always feel the urge to take our cooperation to greater heights at all times,” IGP Munyuza said. 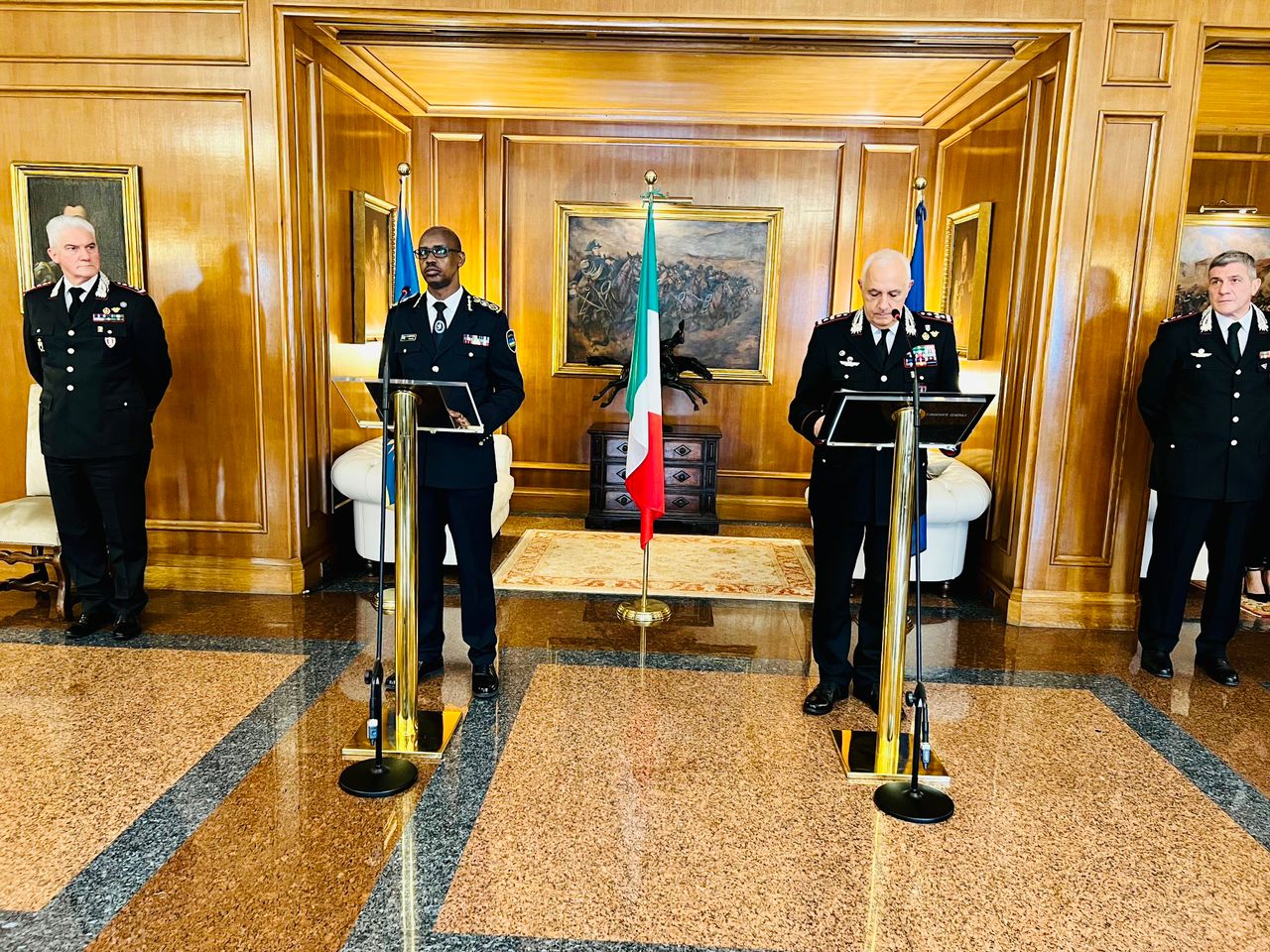 The General Commander of Carabiniere, Lt. Gen Luzi awarded the “Golden Cross of Merit of the Italian Carabinieri Corps” medal to IGP Munyuza. 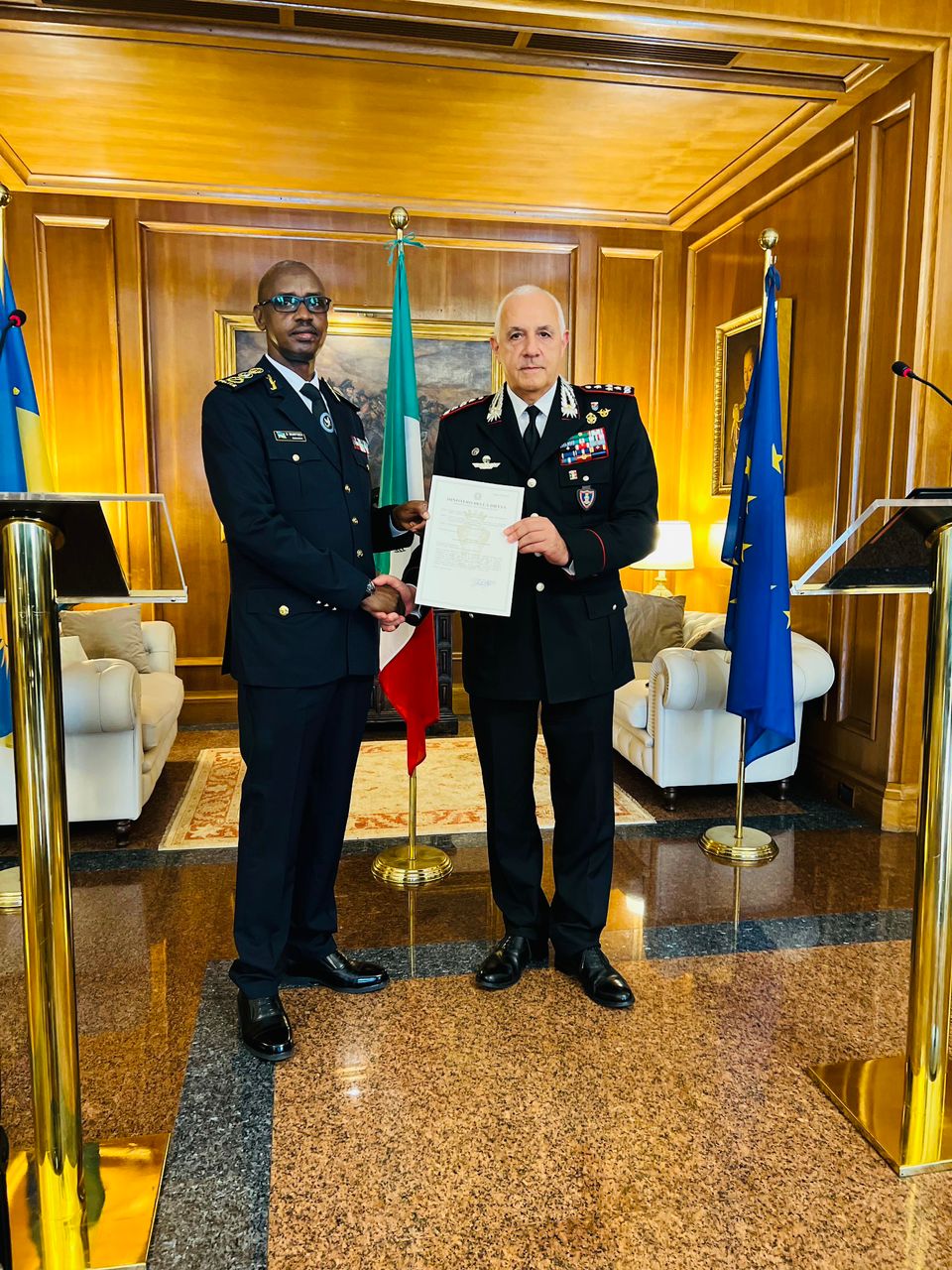 Lt. Gen Luzi said that the medal is a further “recognition of the solid ties of cooperation and friendship” between the two institutions.

“Despite the limitations imposed by the pandemic, cooperation activities have not stopped. The international projection of our institutions also engages us in the development of issues related to police stability,” Lt. Gen Luzi said.

He added that various training programmes have been planned and implemented both in Rwanda and Italy.

“Today the Rwanda National Police and the Carabinieri stand before their respective communities and at the international level as strong institutions,” the Carabinieri General Commander, said.

The General Commander visited Rwanda in October last year at the invitation of IGP Munyuza.