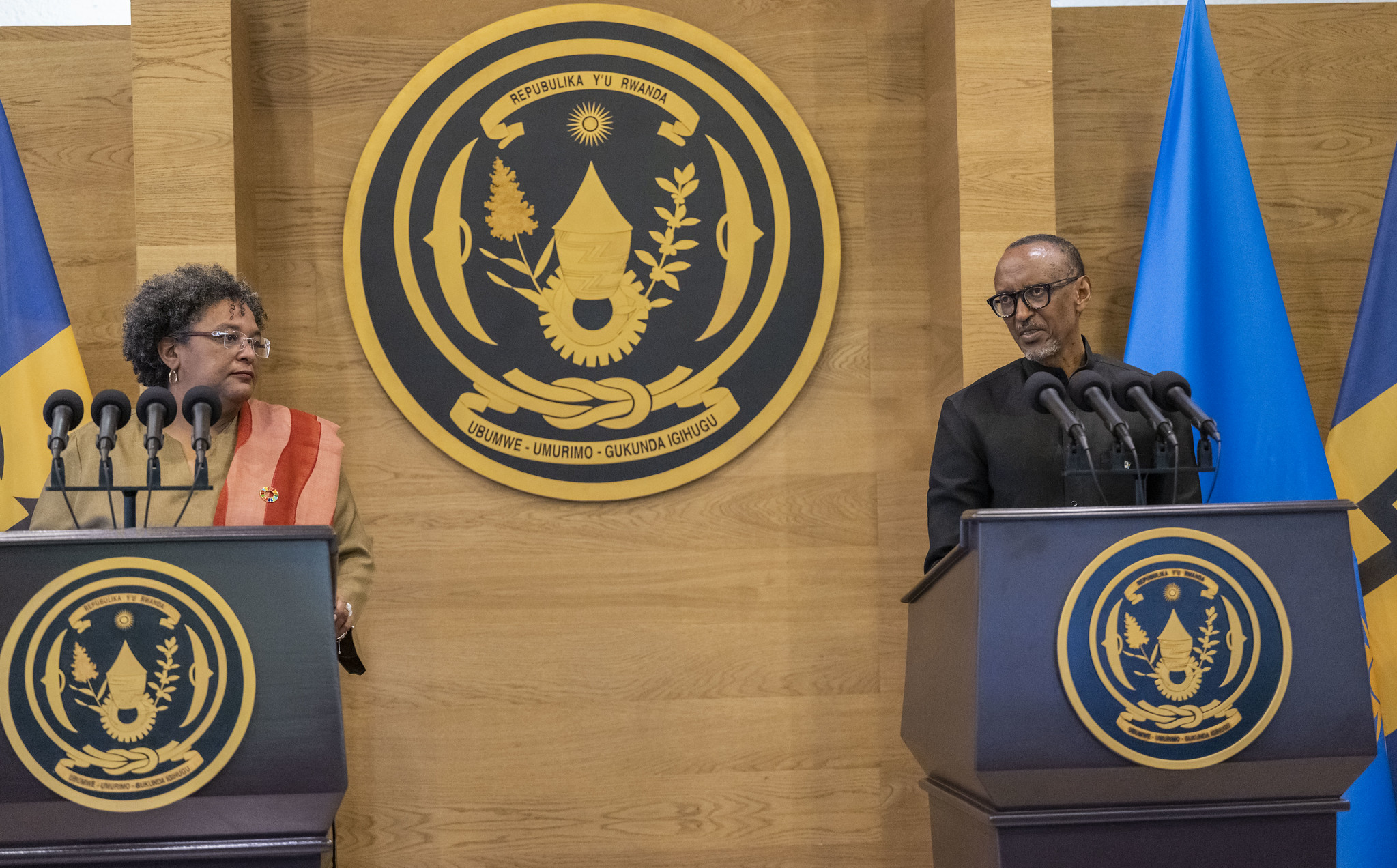 Africa and the Caribbeans are two regions that share centuries of history but remain far apart, with limited connectivity between countries and people, yet there are immense opportunities to explore.

Through flourishing bilateral ties, President Paul Kagame and the Prime Minister of Barbados, Mia Amor Mottley have agreed to create a bridge between the two regions, exploring different areas of interest including trade and investment, sports, tourism, agriculture among others.

Prime Minister Mottley who is in Rwanda on a reciprocal state visit following President Kagame’s visit to Barbados earlier this year, on Thursday met and held talks with President Kagame at Urugwiro Village, after which they addressed the press.

The two Heads of State widely talked about the opportunities Africa and the Caribbean countries have in the changing new world order, pointing out that more than ever, there is a need for countries in the path of development to look up to each other and exploit the linkages available.

Both President Kagame and PM Mottley share a common vision of creating a fair world where all countries, regardless of size and development, play an equal role and bring something to the table in the new world order. 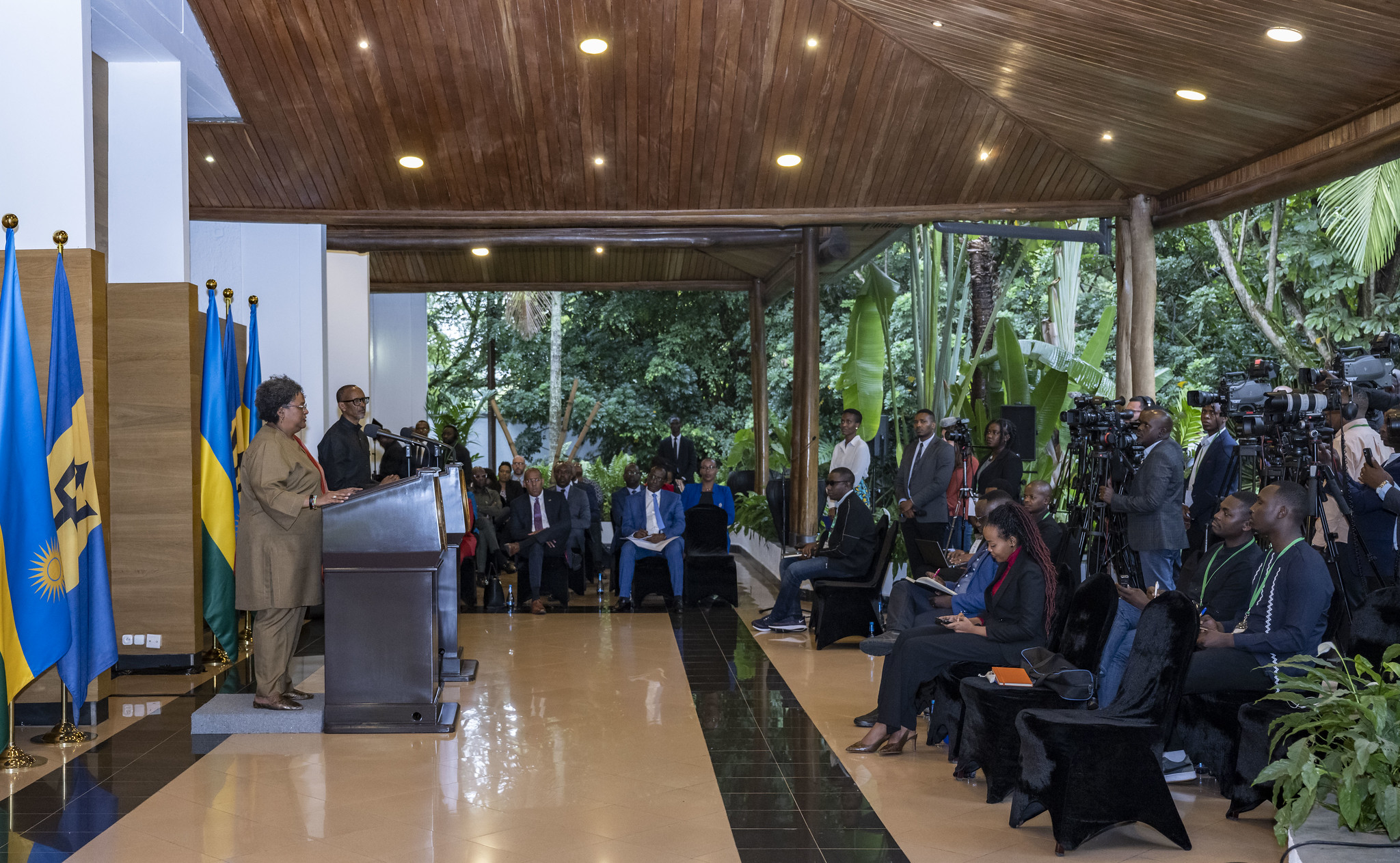 It is a subject they both speak about passionately. The two leaders arrived in Kigali from Sharm-el-Sheikh where they were attending the United Nations Climate Conference (COP27) and delivered strong statements on climate equity.

President Kagame pointed out that though Rwanda and Barbados are small countries in terms of size, they share a common vision of thinking big and working towards improving the lives of the people.

The two countries signed bilateral agreements in the areas of sports and aviation but the same time agreed to strengthen trade, health and diplomatic ties, among other areas.

“We are both small countries but with a big vision to elevate the standard of life of our people, working with other countries in our regions,” President Kagame said, reiterating that while ‘small countries’ might refer to geographic size or population, it does not minimize the role in country has to play in the new world order.

The two Heads of State often say that the Covid-19 pandemic particularly proved that all countries are the same and vulnerable in equal measure, with President Kagame emphasizing that all countries regardless of size, are part of the same global ecosystem.

“One thing we sure have is the brain. We think and we think big for that matter. We are not and impaired by geography and we think together with others. We seek to make an impact using the thoughts that we bring to the table and the voice to speak out on issues,” President Kagame said. 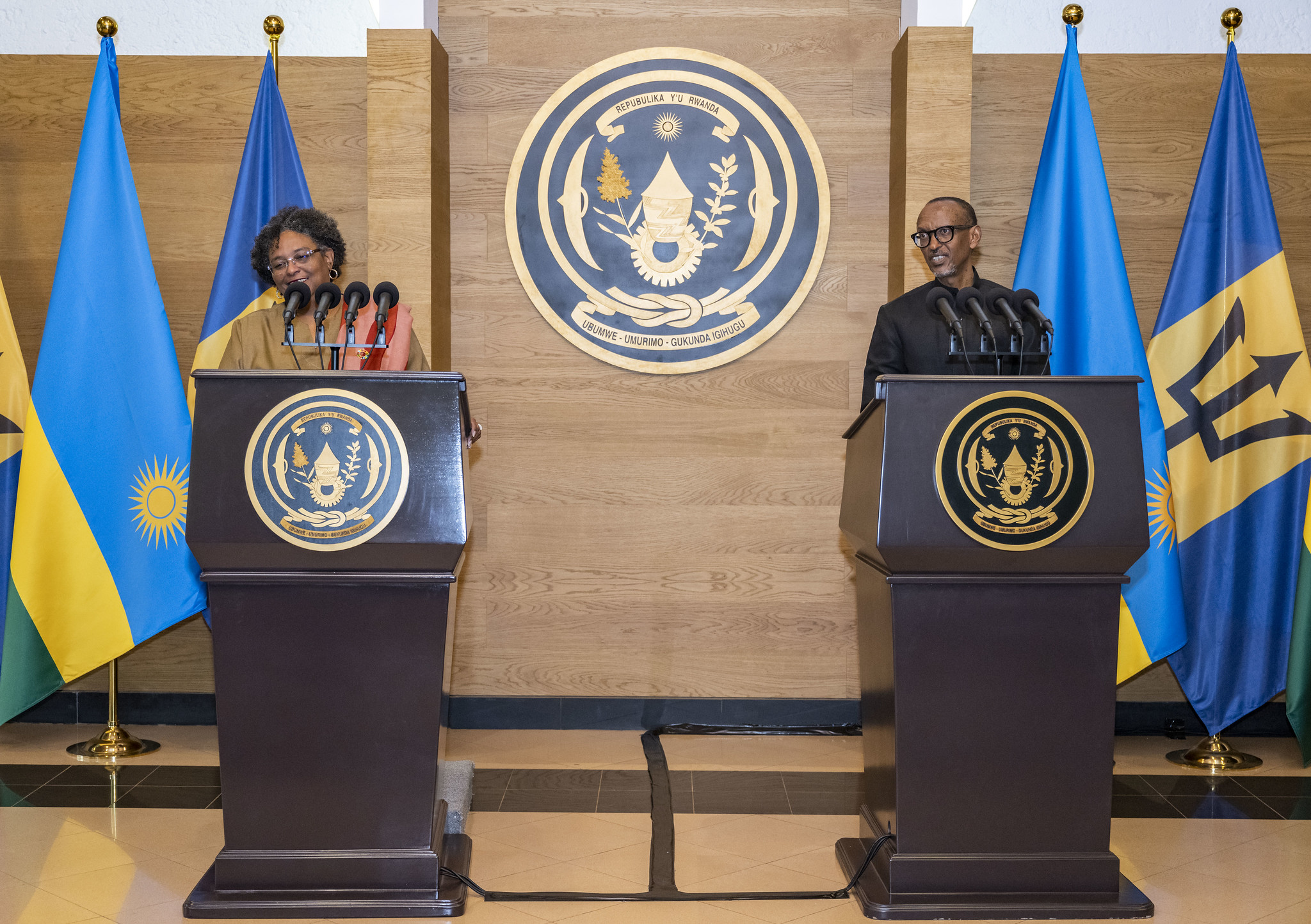 The Head of State said that the Covid-19 pandemic served as a reminder that all countries are the same and share common challenges, hence each country has something to bring to the high table.

“When we act together as small countries, we become much bigger and the ideas have much impact. This is what we seek to continue to do. In our positions, we understand what it means to be at the high table, and we are there,”

“We don’t shy away from making sense, departing from that. The most important thing is for like minds, people bringing together their efforts, their thinking and the actions to bare on the many challenges that there are in this world that we all seem to be conscious of,”

“What is also interesting is that we were reminded by the pandemic, and there will be many other things, that at one point or another, we are equal,” he said, adding that when the Covid-19 pandemic struck, everyone was affected equally -big or small.

The same with climate change, President Kagame said it affects everyone equally and it is only important that all countries act together to address it.

PM Mottley said that one of the key advantages of small countries is that they feel, see and hear people and everything they do centres around people. 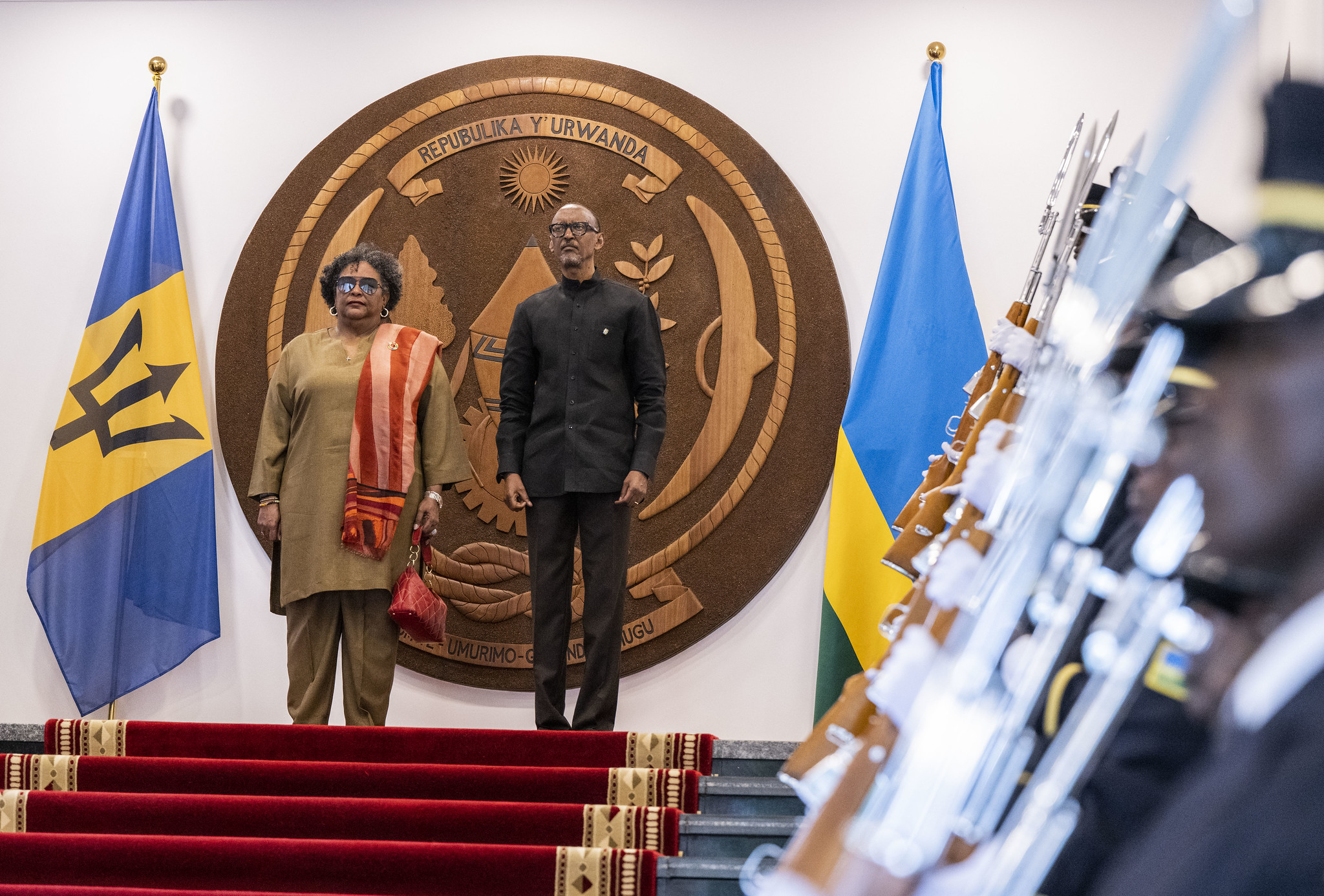 “We bring a humanising impact on almost every perspective that we have. We don’t have the luxury of not seeing people or feeling people and that is why in many instances you will see that the perspective we take, whether it is in climate, whether it is in financial reforms, whatever aspect of international relations, it is about propelling our people to our next stage of development,”

She pointed out that both Africa and the Caribbeans have a number of things that have bedevilled them but the humanistic approach to issues has helped to deal with them.

“Our nimbleness provides for agility that large countries don’t have,” Prime Minister Mottley said, citing an example where people in big developed countries are pushing for reforms because they feel their needs are not met by governments.

Mottley said that more than ever, today technology provides a bridge through which small countries can connect and do more together.

“In this new world, technology has not only removed the importance of geography being as critical as it used to be but it also has removed the constraints of size and we see it in our own lives every day because of the democratization that takes place as a result of technology,”

“That empowers individual people. Individual small countries are similarly empowered and when there is solidarity, as we are seeking to do now, then that is even better because it means that we can do so much more together,” she pointed out.

Prime Minister Mottley visited the Kigali Genocide Memorial and laid a wreath in honor of the over one million lives lost during the 1994 Genocide Against the Tutsi and after she pointed out that seeing where the country had come, she needed to pay tribute to President Kagame, who she described as a ‘giant among men’ during the reception accorded to her and the delegation from Barbados.