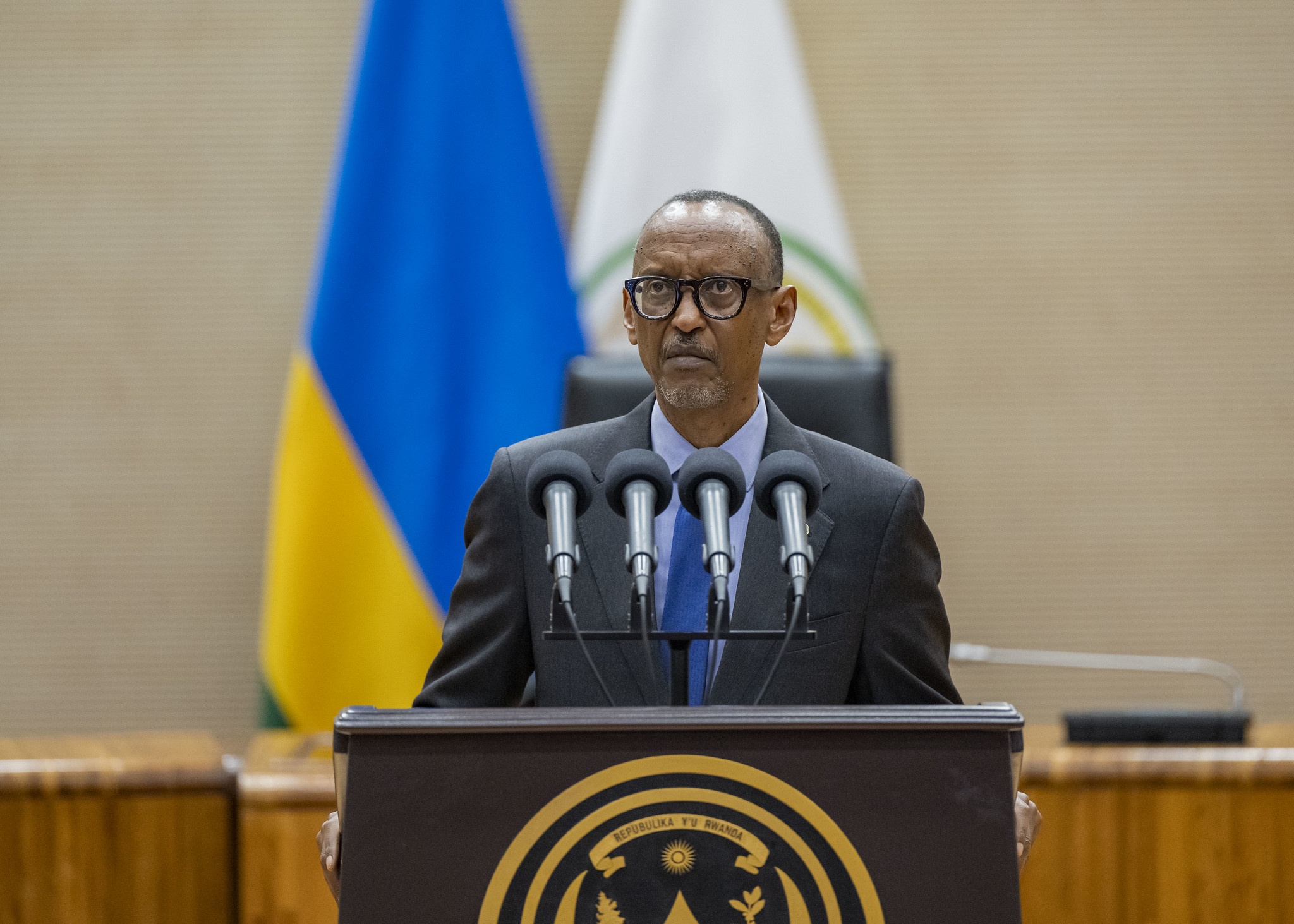 President Paul Kagame says that the insecurity problems that have dogged the Democratic Republic of Congo (DRC) for the past three decades are simple to resolve but that would only happen if only the right thing is done.

Speaking extensively on the crisis that has gripped the region this year, President Kagame floated a number of reasons that have led to the prolonged conflict, among them the failure to address it holistically and double standards by different parties.

The Head of State said that for many years the issue has been approached with double standards where the issues of insecurity are blamed on one armed group out of the over 100 that operate in DRC.

President Kagame also pointed out that Rwanda is used as a scapegoat in the blame games yet those who accuse it know the truth and continue to focus on the surface while ignoring the deep-rooted causes that go three decades back.

The Head of State made the comments at the swearing-in of newly appointed Minister of Health, Dr. Sabin Nsanzimana, and the state minister in Charge of Primary Healthcare, Dr. Yvan Butera at Parliament.

He pointed out that while he often shuns speaking out on the DRC issues, he wanted to set the record straight on the root cause of the Congolese problem.

President Kagame said that “people should be asking themselves” why the international community, powerful countries that have a say and many other players, have for all these years failed to resolve the situation and continue ‘massaging’, blaming everybody else except themselves.

“It is unfortunate that while there are many parties and countries concerned countries, it has become so convenient for long that all problems, are put [heavily] on the shoulders of Rwanda,”

“It is Rwanda all the time. It’s a M23 because of Rwanda. It still comes back to Rwanda,” President Kagame said.

He said that in all that, nobody focuses on the problem of the FDLR, which is composed of remnants and descendants of people who committed genocide crimes in Rwanda.

Rwanda maintains that the presence of FDLR on DRC territory over the past three decades has been the root cause of the insecurity because they continue to threaten Rwanda’s security and to harbour the genocide ideology.

The Head of State pointed out that it is not the government of Congo to blame for its failures because of the interest of the ‘big countries’ because they have much more to gain from DRC compared to Rwanda.

“We don’t have weight but we have means,” he said, adding that the double standards are such that the same countries don’t blame or hold accountable the DRC government and instead choose to transfer blame elsewhere.

President Kagame used an analogy of a banana plantation which has many stems but the short one, which everyone can reach, suffers more whenever people come looking for banana leaves for different reasons.

“We are the short banana stem which everybody thinks they can access when they go to the banana plantation. The tall ones are untouched,”

“This is perhaps because we are a small country, we don’t have the resources, the minerals like DRC. They would rather go for the short banana stem,” 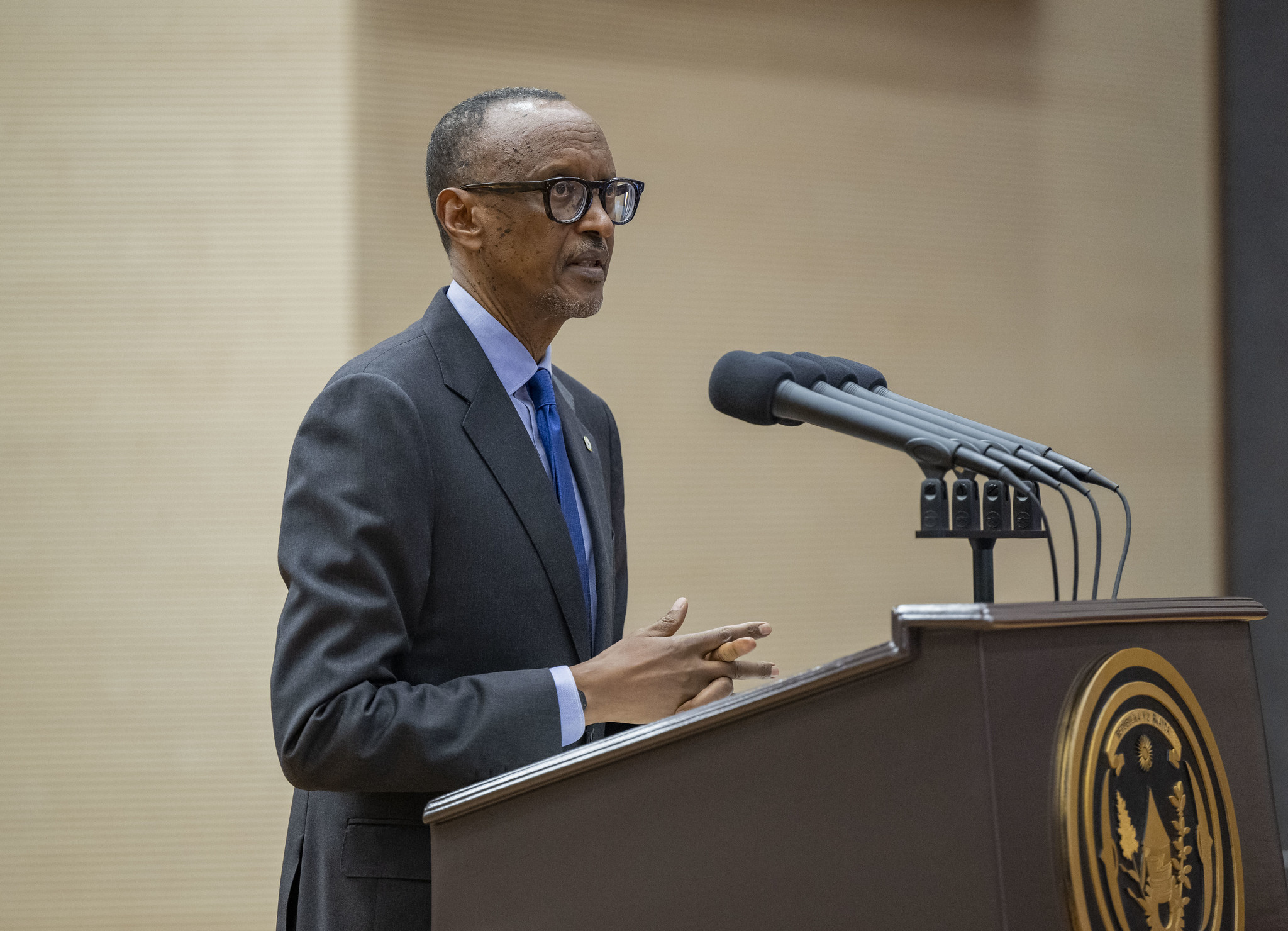 “But they are mistaken. In our shortness, we have means, resources and the spirit. Those who think they can keep picking or cutting leaves off us because we are short stems, you don’t know how much you have deceived yourselves,” he noted.

President Kagame extensively spoke about the persistent accusations that Rwanda causes instability in DRC to steal the country’s minerals, stating that “we are not thieves.”

“One thing we are not and that makes us resilient, is that we are not thieves. We work for what we have and what we get,” President Kagame, adding that the progress Rwanda has made in the past decades was out of hard work.

He said that in fact the same countries which accuse Rwanda are the same countries that have supported Rwanda throughout this journey, and if they cared, they would find out that it is their support that Rwanda used well, giving value for money as reports have shown.

President Kagame called out the double standards in dealing with armed groups that continue to ravage DRC, citing the case of FDLR and its affiliate groups such as RUD Urunana, which continue to operate freely in DRC.

He said that whenever Rwanda raises the issue of FDLR, it is brushed aside by the same people, as though to suggest that the militia is non-existent or no longer poses a threat, despite the different attacks and violation of Rwanda’s territorial integrity.

As a matter of fact, he said that he has come to believe that there is no genuine effort to get rid of groups such as FDLR, which are in fact the main reason for the persistent conflict. 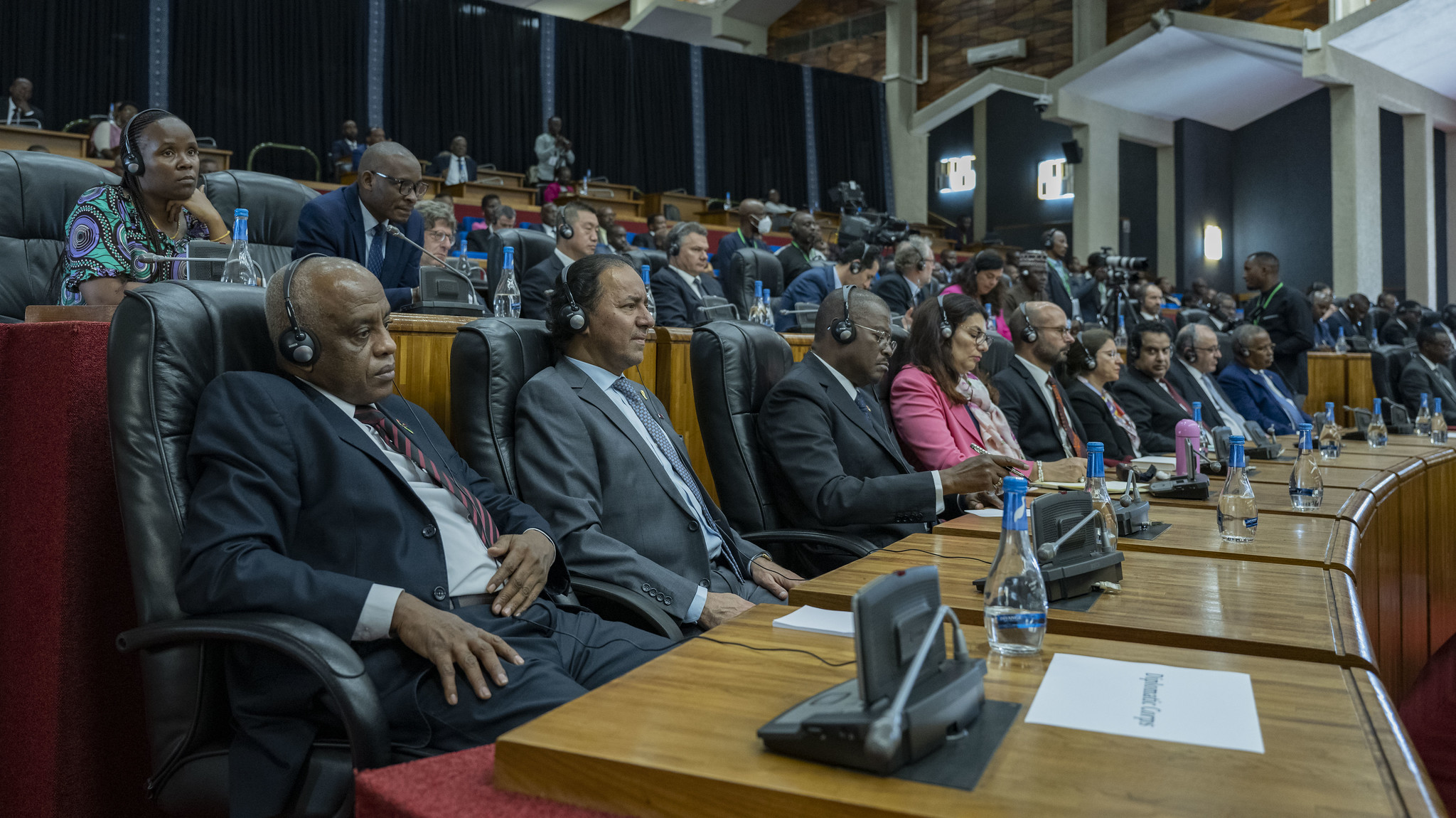 He said that some of the members of these groups are even in the country masquerading as members of the opposition, others were arrested and convicted while working with the likes of UN, thousands were demobilised and reintegrated.

President Kagame said that all those who accuse Rwanda are aware of this problem of FDLR, which Rwanda has been able to keep at bay in its own way, despite the persistent threat it poses.

“But why do you think this problem of FDLR has been there for the last near 30 years? It is because it is too complicated a problem to resolve? No.”

“I am beginning to believe something I never believed. I suspected but had no proof and I didn’t want to believe it, but it’s so many years, that if you can’t find another explanation, then you have to believe it,”

“Somebody, somewhere wishes this problem to be there forever. Around it, there are so many things,” President Kagame said, point out that perhaps some want it to stay to ‘check stubborn troublemakers’ or the ‘short banana stem’ in his own words.

He said that the same people try to water down FDLR’s crimes by finding a way of associating it with Rwanda and its past, in a way trying to sanitize it by making it a ‘Rwandan problem’, to the extent of considering individuals linked to the group as ‘members of the opposition.’