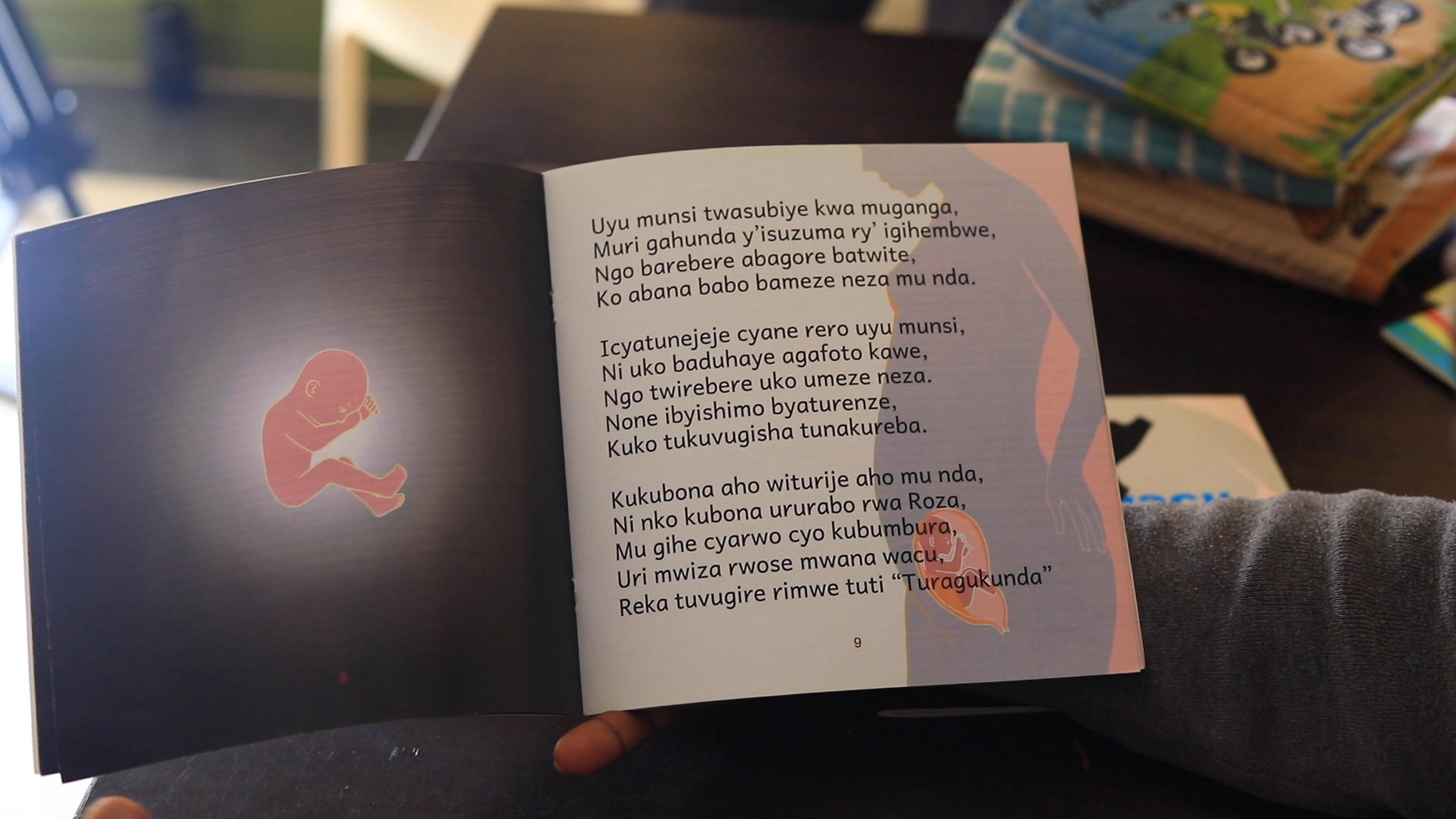 When Jean de Dieu Munyurangabo finished the education of his dream at Nyundo school of art in the 1980s, he was a young, talented boy every company wished to employ, given his drawing aptitudes.

However, the Ministry of education won him and he served it for several years where he was attached to the national printery, designing most of the books every Rwandan class used in basic education.

One day Munyurangabo made a firm decision “to retire in dignity.”

His retirement in early 2000s coincided with the national literacy campaign where education officials needed partners who could encourage the Rwandan society to make reading a lifestyle.

Munyurangabo attended a series of training which allowed him to start Kibondo Edition targeting an audience of pre-school and school children.

At the beginning, like many of his fellow publishers, he thought that reading is a business of school goers until the time he was challenged.

“In a series of training that we got from our partners, we learnt that a child, actually a baby in the womb needs to learn as soon as they are able to capture information. After eighteen weeks of pregnancy, a baby can understand what is happening in the mother’s womb,” he said.

Munyurangabo suggests that a child born in a family with quarrels will be different from a child who was born in a peaceful, cheerful family.

With this information, Kibondo edition started a project to design tools that could help babies.

“As you might know, in our traditional society our thinking was that a child starts having access to books, and actually learning, when they are six-seven years old at Primary school. When nursery schools started, we raised the bar higher. At Kibondo, we understood that it is legitimate to start even from pregnancy,” he said.

“We started with books that look like toys which help children before preschool.”

Those are the kind of books that have an audio version, where you can press a button and hear a sound, and so on…

“As for babies in the womb, we understood that we can make a kind of poems, some content that is appropriate to read for them. We tried it and it worked,” he said.

In any case, the parents find a safe, quite environment at home and, where possible, bring a radio station that can play relaxing hymns.

The music, says Munyurangabo, would always remind the baby that something is going to happen and they get prepared.

As they start a conversation, one of the parents could touch the womb of the mother in a sign of greeting and the baby would get used with that gesture.

The content would include updating the baby on what’s going on at home, what they know about her/him so far, among others.

How are you doing beloved baby?

Today, we returned to the prenatal test

We have got your photo and this created joy at home

You are beautiful like a rose, and we just want to tell you that we love you so much

Dear bay! How are you doing?

Today we got another photo of yours and we are happy that you are growing quiet well. 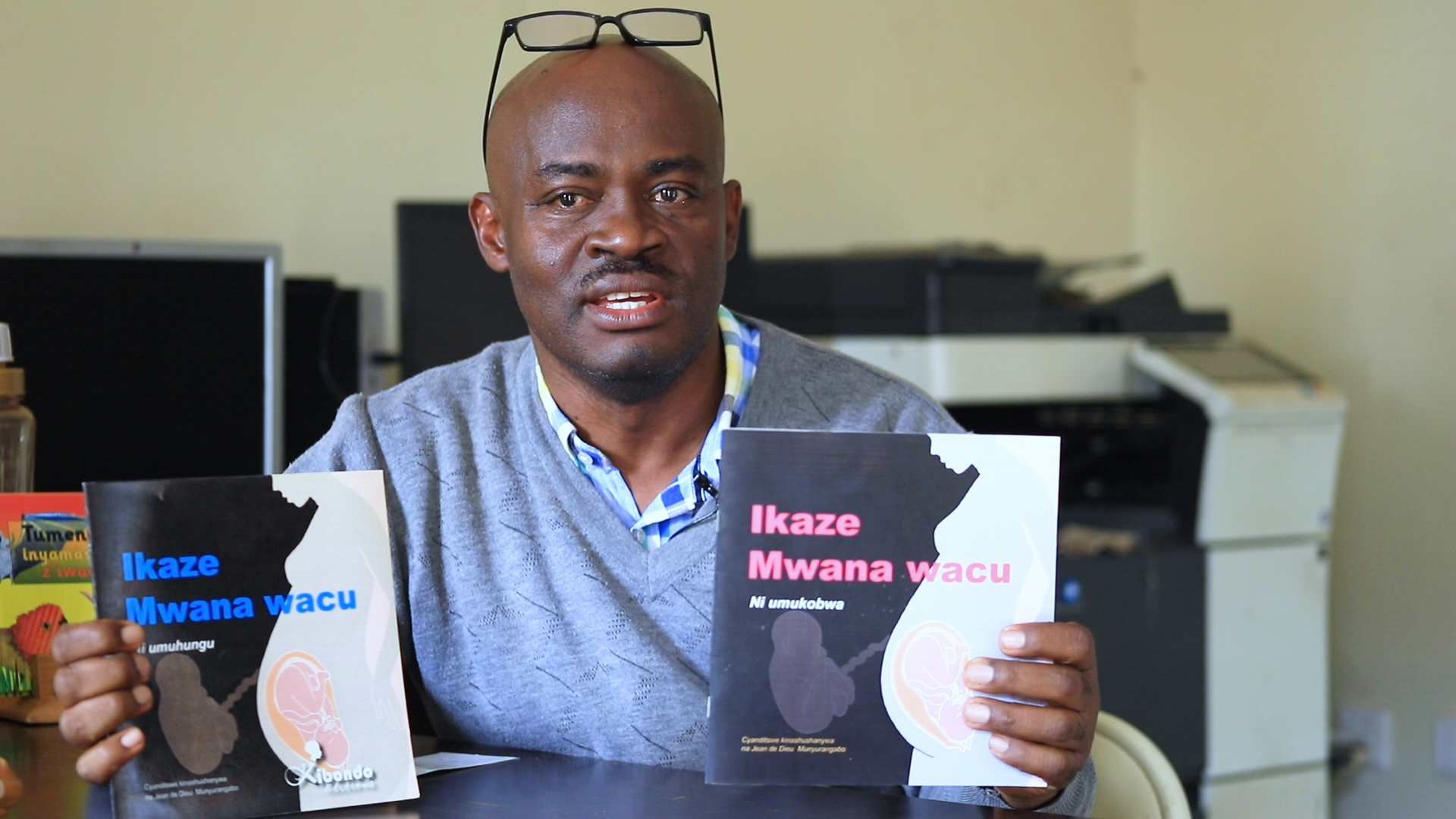 We miss you daughter!

The message would vary in accordance with the stage of growth and after birth, one would continue to read for the child, always updating the message.

“It is an effort to expose children to books, reading culture,” he said.

For Munyurangabo, the baby should be considered like a human being whom you interact with, like any other family member at home.

If the baby has brothers and sisters, they can sometimes come and sing for it, but the family would always choose one person, probably the father, to address the baby on behalf of everyone.

“She has rational growth, and she loves books very much because she was exposed to them since she was still a baby.

When a family loves to read, the baby born will quickly love to grab a book. So, it is appropriate to get them the books that they would not tear (the kind of books in plastic or garment tissu).

“Even though it would have a couple of images and no text, it is still a book as for them,” he said.

At this stage now, Munyurangabo’s daughter cannot go to bed before the father tells her a story.

One day, she realised that the father was short of stories, and in return, she told him a story.

The story was about Joannah and the Lion

One day, she said, Joannah and father boarded an helicopter to Akagera National Park.

The plane crashed while in the park, and a lion caught them

The father told the lion “Please let us go”

The lion just laughed at them and said: “I won’t release you”

When the lion laughed, said Joannah, I realised she had not brushed the teeth and I gave her toothpaste and a brush to clean her teeth”.

Munyurangabo said that the Rwadan society likes stories, and this cuts across all levels of age, including children.