Rayon’s Paul Were in action against APR’s Mugisha Gilbert.

APR FC beat arch rivals Rayon Sorts FC 1-0 on Saturday at Kigali Stadium to close the gap at the summit of the Rwanda Primus National League 2022-2023.

Former Rayon sports striker Bizimana Yannick was the only reason for APR FC to make the difference in unarguably the biggest and most watched game in Rwanda, scoring a late goal in the 72nd minute.

The first half started on a low pace with both teams playing cautiously. Rayon sports had some clear chance in the first half through Ishimwe Blaise, Leandre Onana and Iraguha Hadji but it did not bear results as the army side stayed put.

APR FC’s confidence grew slowly as the game progressed with Byiringiro Lague, Niyibizi Ramathan and Manishimwe Djabel having some clear chances which were not well utilized. 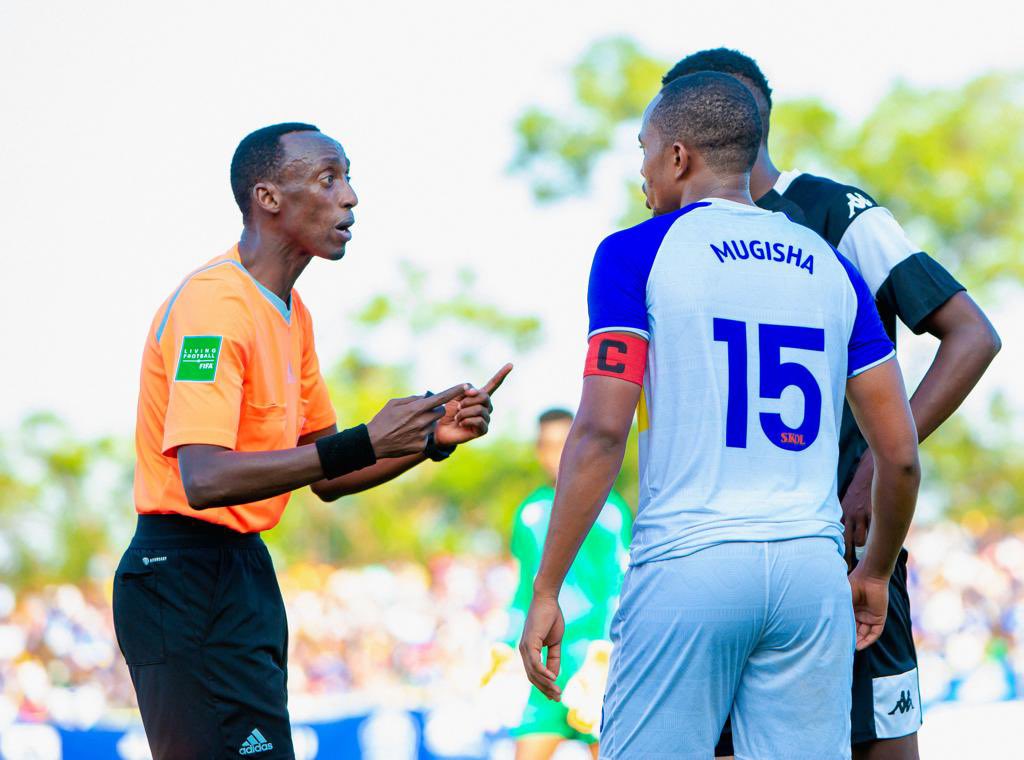 Referee Ishimwe Jean Claude talks to players during the derby.

In the second half, it was an open and physical game that was staged with minimal chances of finding the net. With ten minutes to the end of the game, APR FC were given an opportunity to find a goal with a free-kick at the edge of the penalty box with Ruboneka Jean Bosco’s attempt getting blocked by Rayon Sports defenders.

The sole goal of the game arrived through a mistake by Rayon Sports’ defenders after losing to mark APR FC’S Ishimwe Anicet who created the amazing assist to Bizimana Yannick who netted to put hi side in the lead on the 72nd minute of the game.

Few minutes before the goal, the army sponsored side head coach Ben Mussa made some changes where Byiringiro Lague who was injured and Manishimwe Djabel leaving the pitch for Ishimwe Anicet and Mugisha Gilbert to come on.

On the 65 minute of the game, Rayon’s Captain Ndizeye Samuel had also left the pitch after he injured his shoulder, for Ngendahimana Eric.

APR FC’S coach Moussa made another change in his attacking line where he sustituted Bizimana Yannick for Mugunga Yves to continue attacking his rival but changed nothing much in the game. 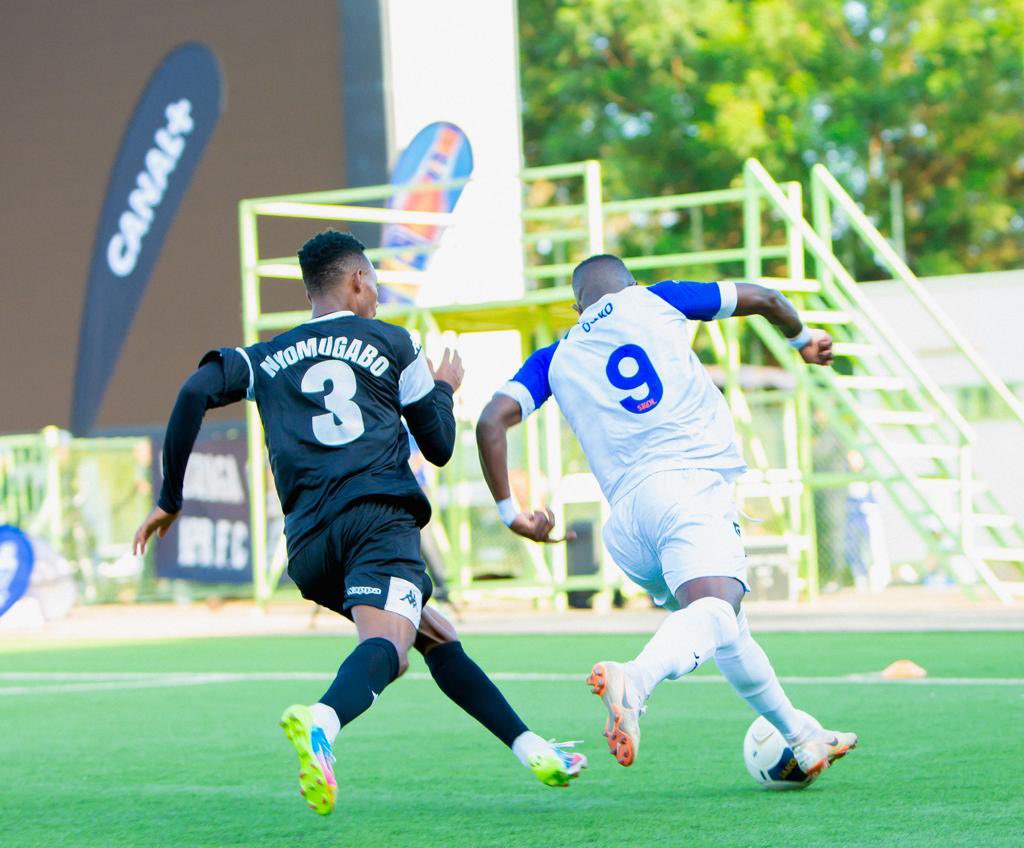 The win means that APR FC has beaten Rayon Sports for four years consecutively in all competitions and the blues also registered two games in a row without a win in PRNL after previously losing 3-2 to Etincelles last weekend.

AS Kigali lead the table standings with 30 points, two points ahead of second-placed Rayon Sports, while APR are now in third with 27 points.