Morocco are in the World Cup quarter-finals for the first time in history after Spain missed three penalties in a dramatic shootout following a 120-minute stalemate.

Spain had been hoping they could repeat their 2010 World Cup triumph after reaching the semi-finals of Euro 2020, where they were also beaten on penalties by Italy.

The teams were closely matched through a nail-biting clash, with Spain having more of the ball but Morocco creating the better openings, few though they were. 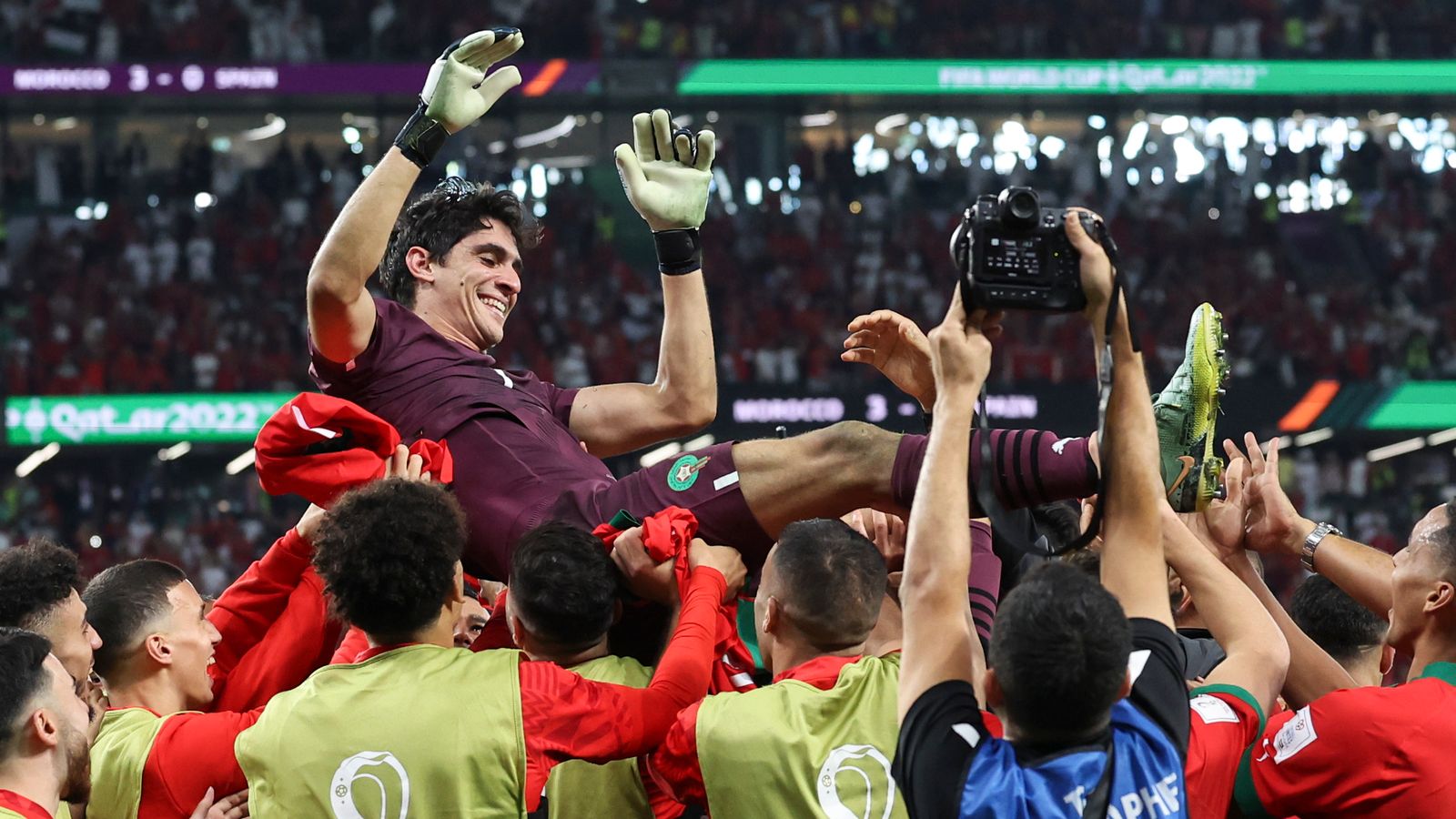 Morocco goalkeeper Yassine Bounou being chaired off the field by his team-mates.

Luis Enrique’s side had good ball possession and accurate passes yet they were unable to break down a resilient Morocco.

The second half became more frustrating for Spain as Sofyan Amrabat, in the heart of the Morocco midfield, was superb, coupled by dominant center-back performances from Aguerd and Romain Saiss but the results remained the same as they entered the extra time. 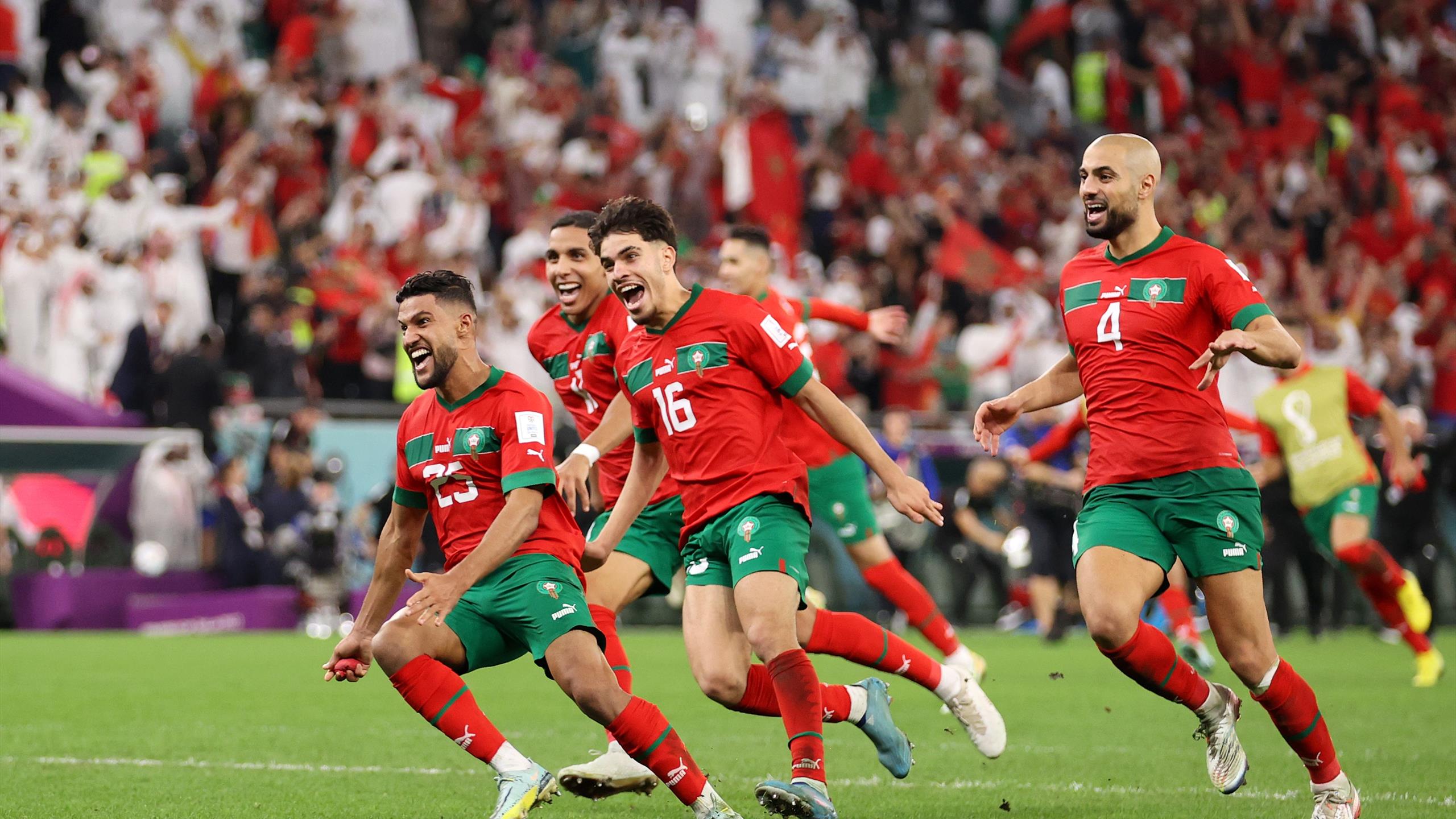 After 120 minutes of goalless domination, in which they racked up 1019 passes, Luis Enrique’s side capitulated in the shoot-out with Pablo Sarabia, Carlos Soler and Sergio Busquets all missing, the latter two efforts saved by goalkeeper Yassine Bounou. 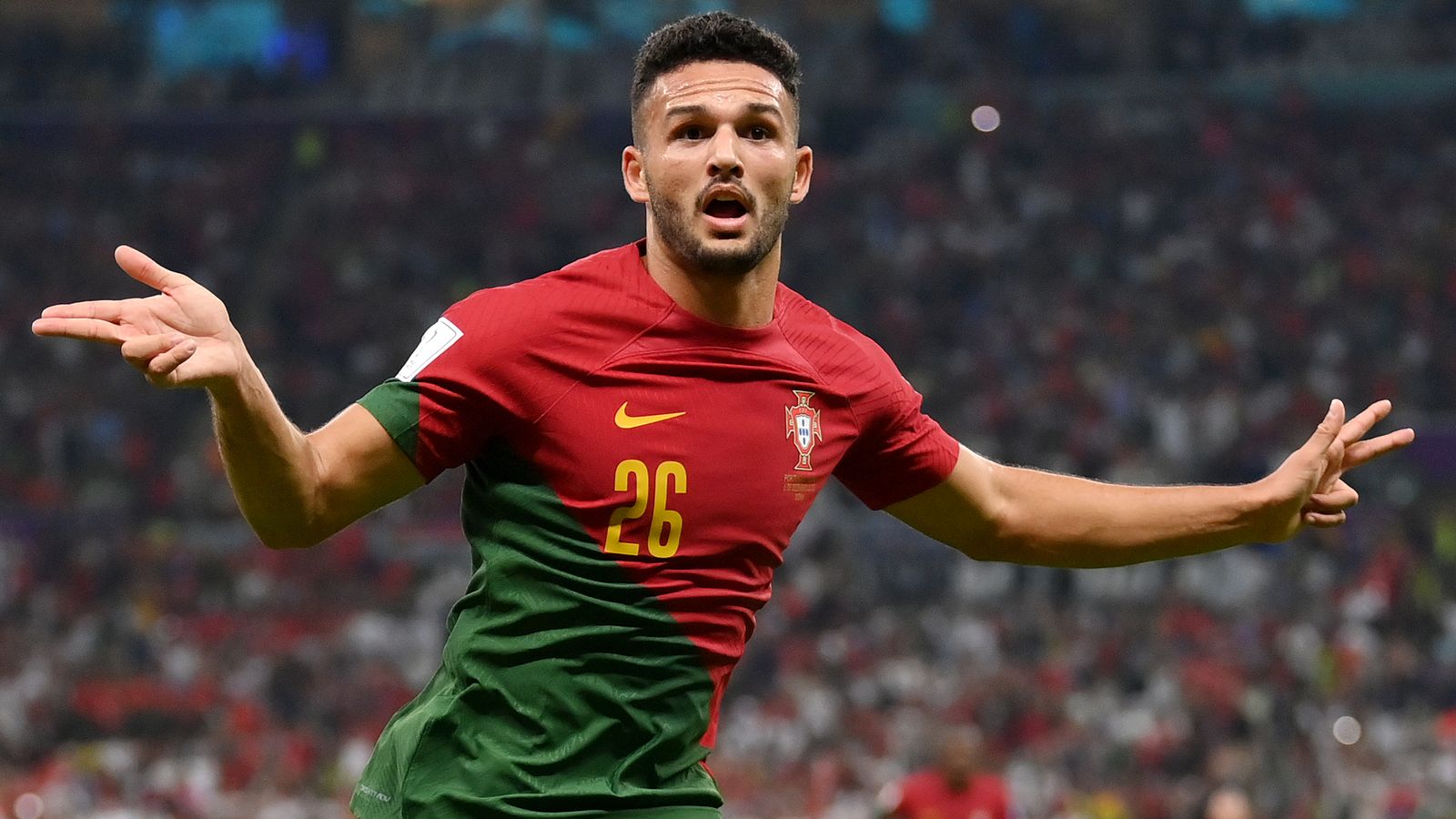 Goncalo Ramos celebrates after opening the scoring for Portugal against Switzerland

It left Madrid-born Achraf Hakimi with the chance to win it, which he did with a Panenka to send Morocco through to the last eight for the first time.

Some keys information to know

Morocco are the fourth African side to reach the quarter-final of a World Cup tournament, after Cameroon in 1990, Senegal in 2002 and Ghana in 2010. 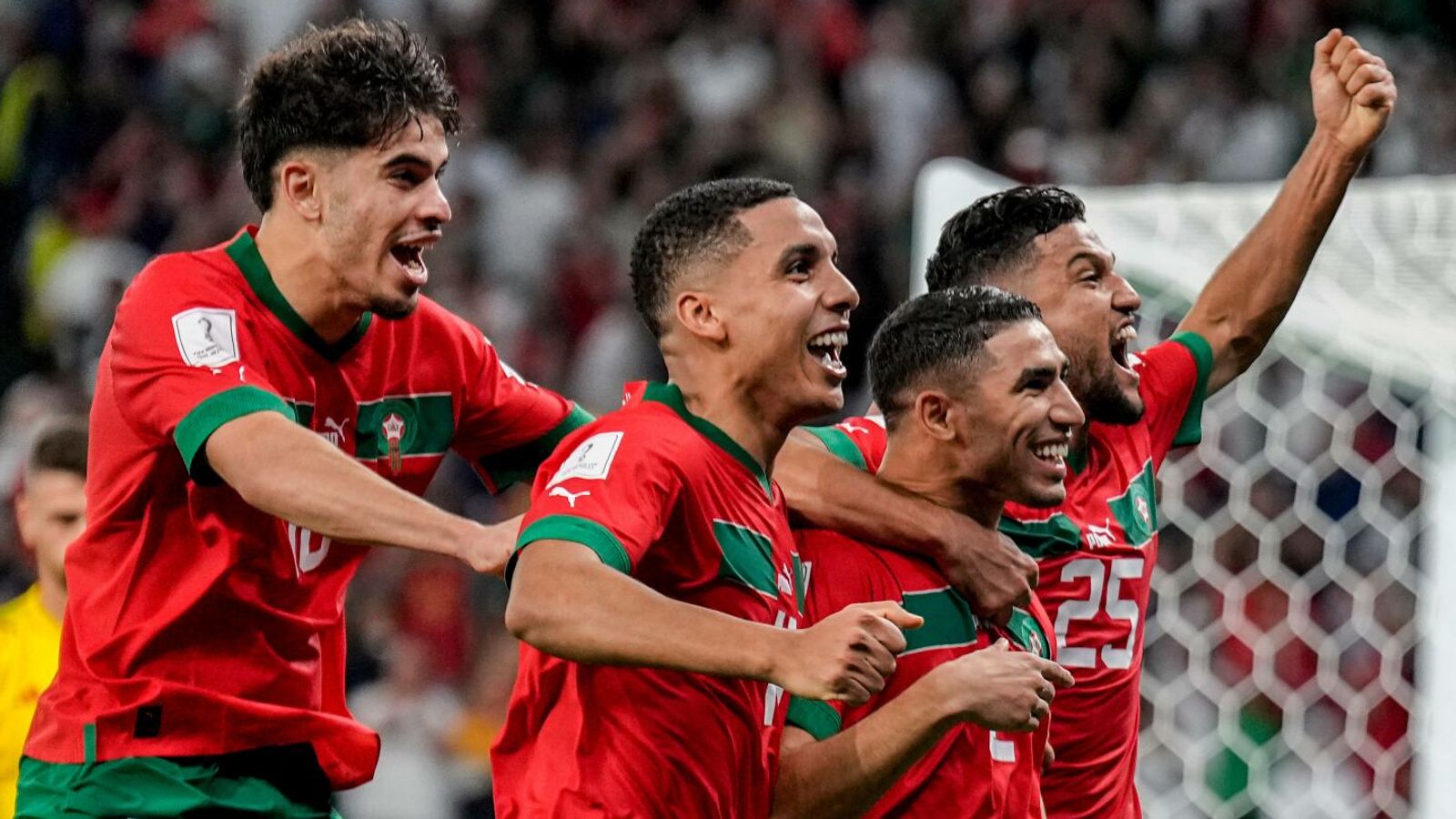 Morocco became the first African nation to win a penalty shootout at the World Cup, with this just the second one contested by an African side (previously Ghana 2-4 Uruguay in 2010).

Elsewhere Portugal summarized Switzerland with 6-1 which means  Morocco will  face Portugal in the quarter-finals on Saturday December 10 at 3pm.

“Break The Silence”, Young People Are Urged To Be Open About Mental Health