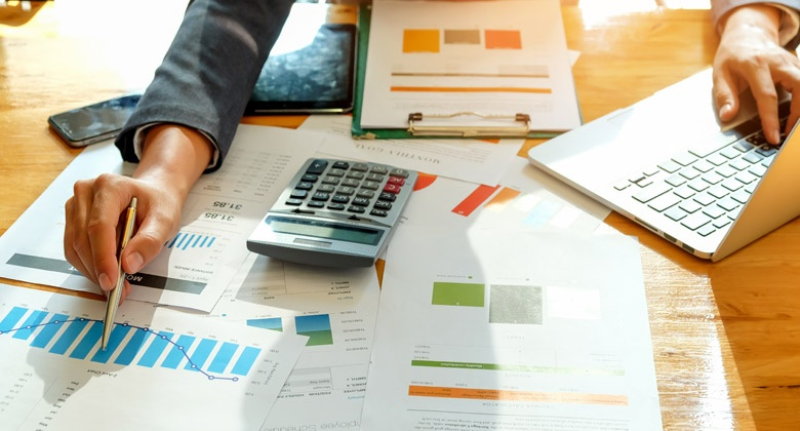 Appropriately, for a profession not given to banging its own drum, the annual general meeting of the Association of East and Southern African Accountants-General (ESSAG), held in Kigali, came and went, without fanfare. The low key stance however, belies the potentially transformative importance of the organisation.

The ESSAG annual general meeting would have been contained within a larger gathering, the 28th ESSAG annual international conference, of its thirty-one years of existence, with the host country, Rwanda, welcoming over 1,000 public finance managers, coming together in Kigali’s Convention Centre.

But the SARS-Cov2 pandemic intervened, and the conference had to be postponed. When it was eventually held, it had to be scaled down to only an annual general meeting, with a much smaller number of participants, from Eastern and Southern Africa. Although at least twelve, of the fifteen member countries, did in the end, manage to get to Kigali.

Little, if anything, is ever heard of Accounts – General, but their work can mean the difference between sound public finance management, and mismanagement of resources that inevitably leads to stalled developed. But, while unnoticed when present, their absence is impossible to ignore.

Drawing on Rwanda’s experience as she welcomed the participants, Minister of State in charge of economic planning, Claudine Uwera, emphasized the importance of ESSAG, and the work of Accountants – General.

The theme for the 28th ESSAG conference, if it had taken place as planned, would have been, ‘laying the foundation for accountability and transparency in public financial management for the Africa we want.’ Covid-19 notwithstanding, the minister told her audience, the theme remains relevant, if the continent is to achieve vision 2063, and maintain it, not just as a vision, but as a plan of action, as well.

Rwanda is now one of ESSAG’s members, where others come to observe and study best practice. According to the minister however, it was a long and challenging journey to get there.

“The government of Rwanda recognizes the critical role of Public Financial Management (PFM), in the sustainable development of a country…” she said.

“At the time when Rwanda hosted the 16th Annual General Meeting, in 2009, the PFM reports reforms were still at a nascent level. The office of Accountant-General had been in existence only three years, there was no professional Accountancy organisation…only three qualified accountants for the entire public sector…no integrated financial management information to support PFM processes, and the national budget was greatly reliant on external expertise for proper planning…”

“With lessons learnt through ESSAG annual and international conferences, capacity building initiatives, South to South cooperation, where my country undertook study visits to ESSAG partner states, the government of Rwanda announced step by step changes, to improve its public finance management, which was critical to achieving the set goals of moving Rwanda towards its transformative agenda of reaching middle income status by 2035, and high income status by 2050…”

“I am happy to mention” she continued, “that significant improvements have been noted in PFM, and these reforms provided the means of ensuring that the resources allocated to the various programmes, are applied effectively, and efficiently, to achieve the intended purposes and attain value for money.”

The minister also noted that the reforms in PFM had to be underpinned by “a robust legal and regulatory framework, stable macro and fiscal policies; automation and modernisation of public financial management…”

From three in 2009, Rwanda now boasts, around 300 PFM professionals, integrated financial management information systems (IFMIS), allowing it to both decentralise and integrate its PFM, and work continues to automate any system that is yet to be digitised.

But, she noted, the country is not resting on its laurels, pointing out that, “despite these improvements, a number of challenges remain, and government is committed to continuous reform to improve its financial management processes and accountability, and it is open to further learning, studies, exchange and South to South cooperation…”

Rwanda handed over the rolling chairmanship of ESSAG to Lesotho, and it fell to the outgoing chair, Marcel Mukeshimana, to make announcements about ground breaking changes to the organisation.

The association’s secretariat, hitherto based in South Africa, will move to a new home in Zambia, where the government has allocated land, and given diplomatic status to Secretariat staff.

In response to the challenges faced by accounting and auditing staff, the association launched an initiative, in partnership with other organisations, such as the English Speaking African Supreme Audit Institutions (Afrosai-E), PanAfrican Federation of Accountants-General (PAFA), French Speaking organisation of Supreme Audit Institutions (CREFIEF), to professionalise the public sector accounting and auditing personnel.

And perhaps most eye catching, ESSAG will become a PanAfrican body, transforming from ESSAG into AAAG (Association of African Accountants-General), the better to support the African Union (AU) Agenda 2063, by “ensuring transparency and accountability in public financial management.”