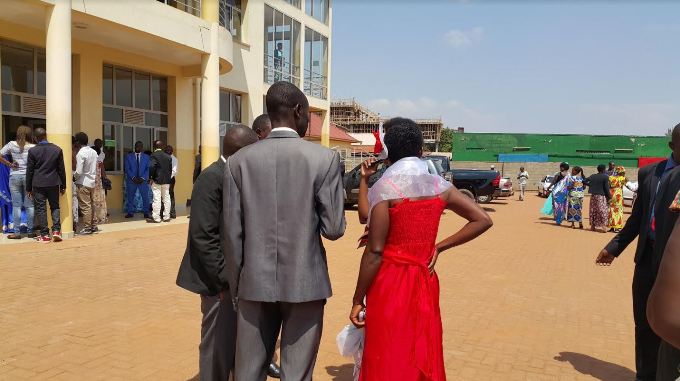 Issa Bwenge (in grey suit) and Sofia Murekatete (in red dress) have legally sealed their marriage. About 47 couples arrived at Remera sector office for civil marriage

Residents of Remera sector were this afternoon treated to a real and free drama when a mysterious woman interrupted a couple that was about to take a marriage oath at the sector office.

Issa Bwenge 41, and  his new fiancée had arrived at Remera sector office to legalize their marriage as part of fulfilling their end of year 2016 resolutions. There were other 47 sets of couples all waiting to ink their signatures on marriage  certificates.

However, Emerance Mukankingiye 38, that had been in a relationship with Bwenge also arrived at the Sector office very angry and determined to spoil the day of her former lover with whom they have a child.

“I cannot allow him to wed another woman and also have my child under her care yet am the first wife. I deserve a say here” Mukankingiye, shouted amidst newlywed couples who were busy busting in memorable photo shootouts.

Mukankingiye and Bwenge have a ten year old son and the two have been separated for the last seven years. She cannot change anything since marriage is a choice, a sector official told KT Press as the scene of trying to calm down the erratic lady unfolded.

“If they want to marry let them go ahead but I cannot allow my child to be owned by this woman” Mukankingiye said slowly coming to her senses as officials explained to her the new family law.

“She is just ignorant of the law. But we are now educating her and she seems to understand,” sector officials said.

The couple later took their marriage oath and were pronounced husband and wife.

Bwenge and his new wife identified as Sofia Murekatete have been together for five years and have three children. But as the drama unfolded, she remained calm and the ball was rolling in her favour with no complaints on what is to happen next.

“I don’t mind having the child registered in our new family but now that the child is registered under his father’s names it is also okay for me even when this woman feels jealousy and worried of what will happen to her child” Murekatete said.

The family law provides that a child under the age of seven (7) years should be entirely under the care of their mother though the father is entitled to provide child support in case they are separated. 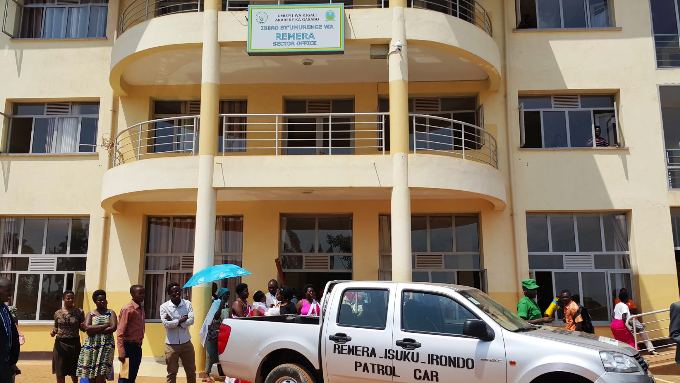 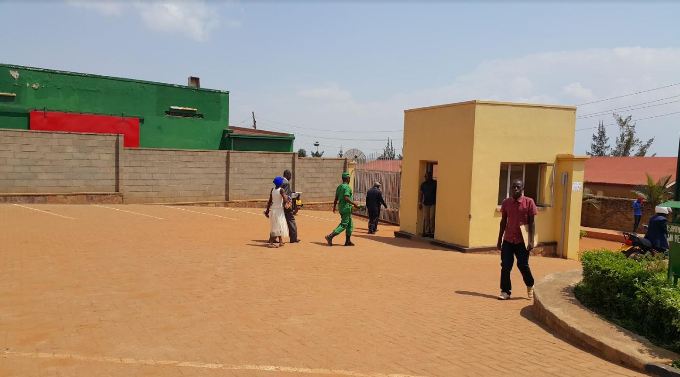 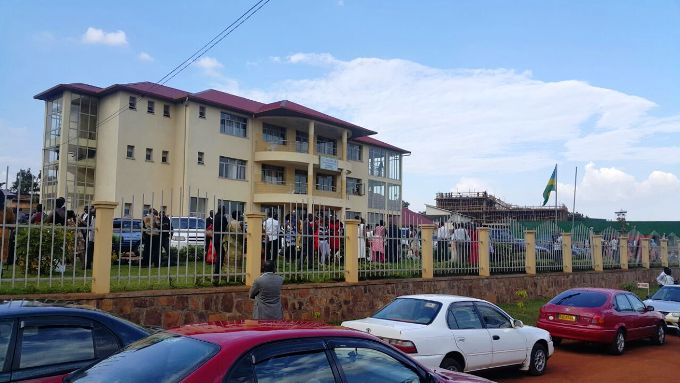 Done Deal: VW Rwanda Cars on Roads before End of 2017