Home NewsNational Benefits of Top Officials Cut By Half
NationalNews

Benefits of Top Officials Cut By Half 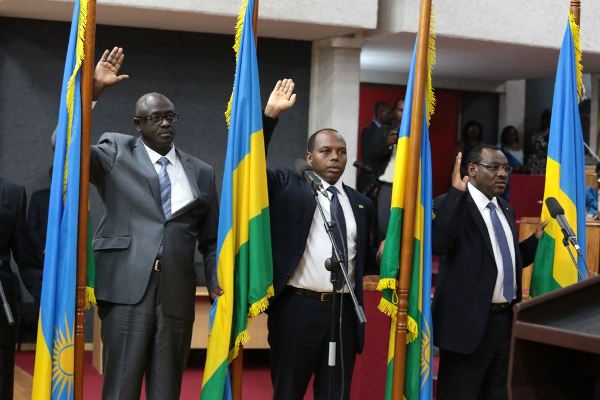 Effective this week, senior government officials will get state benefits along with all the pomp that goes with their positions for only six months after they have left office – and must have a clean record.

A law which came into effect on Monday sets new guidelines determining the salary and additional benefits of the country’s former political leaders who fall in the second and third levels. According to existing categorisations, top national leaders are placed in 4 levels.

Under the new law, the officials who leave office “without any vote of no confidence passed against him/her and has never been convicted of any offence”, will continue getting many of the benefits of their previous office for the next six months. In the former arrangement, they were entitled to salary and several advantages for a period of 12 months from date of leaving office.

It means after the current PM Anastase Murekezi and other colleagues in same category leave office, they will be entitled to; a monthly salary; a furnished residence; domestic entertainment allowance; payment of water and electricity bills; and security guard – for only 6 months, not 12.

However, they will not be entitled to convoy-driven cars along with security detail that went with their previous office. Instead, they will get a “lump sum for maintenance of his/her own vehicle”.

Should they be forced out through a vote in parliament, or convicted by court for any offense, this pay and benefits will be halted immediately.

Similar changes will affect former officials from level 3 and 4. But then, in addition to the salary, they will be getting only a monthly accommodation allowance and lump sum for his/her own vehicle maintenance. For them, the security detail is withdrawn immediately after leaving officer – under whatever circumstances.

While still in office, leaders in the second level get; a monthly salary, fully equipped residence, transport facilitation, entertainment allowance, communication allowance, residence allowance, water and electricity bills paid for by the State, as well as security.

For those in third category; a monthly salary; accommodation allowance; guest entertainment allowance at work; communication allowance; security; a State grant for home equipment provided only once; State contribution for purchase of own vehicle; and lump sum for own vehicle’s maintenance.

Senators and Deputies are entitled to; a monthly salary; accommodation allowance; communication allowance; State contribution to the beneficiary for purchase of an MP’s own vehicle and lump sum for the vehicle.

The system which has been amended was put in place in 2012.

More of the changes in the new law require that immediately the top official gets a new job in private sector within the six months after they leave office, the benefits will be stopped.

Over 350 Former KIST Medical Graduates Not Fit For Jobs