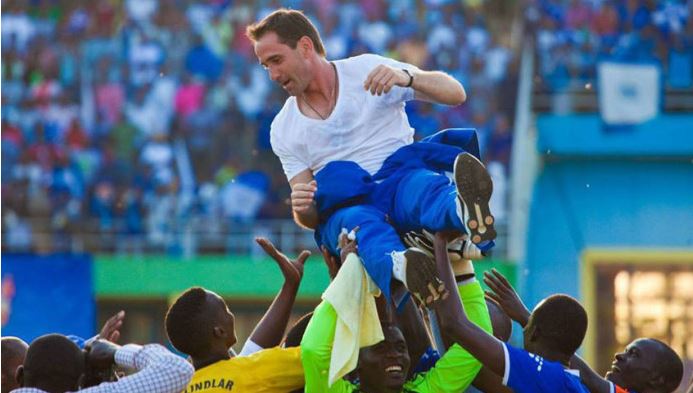 The Amavubi is desperately looking for a highly competent football coach that can help the team improve its ranking both regionally and on the African continent.

The country’s football governing body – Rwanda Federation of Football (FERWAFA) this morning unveiled a list of 52 coaches from across the world that have submitted applications.

Among applicants is a French national Didier Gomes da Rosa who once was entrusted Rayon Sports FC, a popular team in Rwanda. Also on the list is a Serbian Goran Kopunovic, once a manager of Police FC.

According to sports pundits, Ighil has high potential to win this offer despite team Algeria’s poor performance during the just concluded African Cup of Nations (Afcon).

With 8 candidates, France Nationals are most interested with coaching Rwanda’s Amavubi, followed by Portugal and Belgium with 7 and 6 candidates respectively.

With his $ 11,000 monthly earning, Mckinstry managed to bring Amavubi among the top 60 teams on FIFA rankings, but did not manage to maintain the ranking; rather team stepped back to more than 60 places.

Kagame: We Have to Maintain Our Security At Whatever Cost

Over 350 Former KIST Medical Graduates Not Fit For Jobs