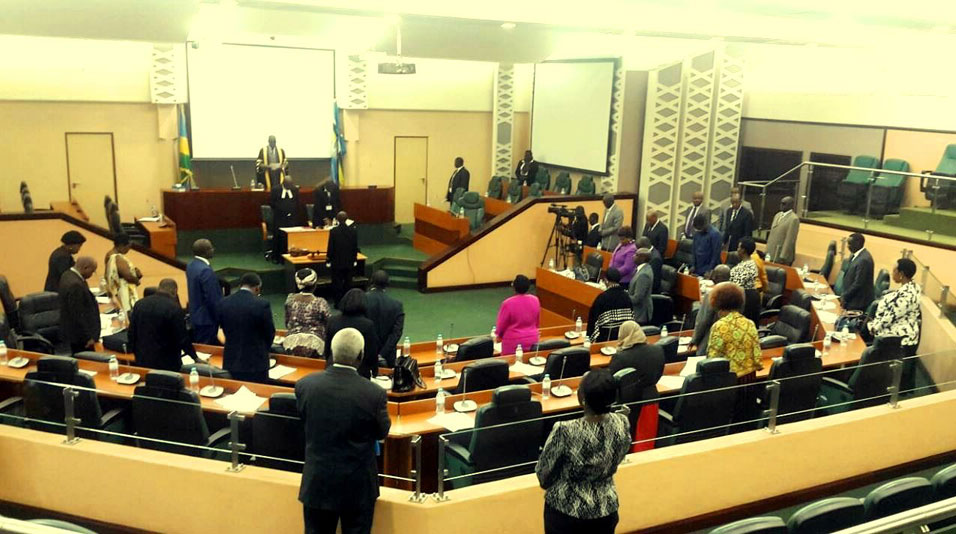 East African legislative Assembly 5th Session in Kigali. Burundi may be punished for not honouring its contribution to blocs budget

The government of Burundi could be sent to regional court for failure to pay even a single coin towards the east African community budget but continuing to depend on remittances from member states.

A motion on the state of EAC budget for financial year 2016-2017, by Nancy Abisai (Kenya) showed that of the $8,378,108 needed from Burundi, it had contributed zero U.S dollars in this financial year and had arrears of $771,037 from the previous fiscal year.

Each of the five EAC member states is required to make a contribution of $8,378,108 per financial year and required to pay before 31st December.

However, Fred Mukasa Mbidde ( Uganda) questioned why Tanzania performance is below 50 percent mark yet they are chairing the community.

Other EALA lawmakers argue that Burundi’s failure to honour its contribution has led to the bloc’s failure to pay its suppliers and staff.

For example by the end of March 32 senior staff at the EALA secretariat will  leave the assembly to seek greener pastures elsewhere.

“Some of these states should be taken to court. We should punish such members to ensure partner states adhere to the treaty,”Dora Byamukama (Uganda) said.

Abubakar D. Abdi Ogle suggested harsher measures requesting that defaulting member states should be stopped from any kind of operations until they honour their contributions – Uganda’s Fred Mbidde Mukasa asked for disciplinary measures against Burundi.

The speaker Daniel Fred Kidega said the powers of assembly don’t allow the house to suspend the states on this ground but rolled out debate to the floor for more views.

The regional bloc’s biggest economy Kenya will spend $22.8 billion, Tanzania $13.5 billion, and Uganda $12 billion in this financial year while Rwanda planned $2.49 billion in the fiscal year 2016/17.

However MPs heard that transfer of money to the EAC secretariat is delayed by reluctance and bureaucracy which is proved by Abisai’s report that shows a trend in EAC community budget contributions could affect the community’s performance this year. The community is expected to pool a sum of $41million and only $18million has been deposited in EAC coffers.

Even Burundian MPs voted for this motion and before making any comments on this motion, Yves Nsabimana- Burundi MP thanked Rwanda for making his stay safe and particularly president Paul Kagame for opening Kigali chapter.  “Nyagasani azabampembere” (May God reward you),” Nsabimana said.

“I support this motion but budget performance is under 14 percent. Thus many planned activities will not be achieved- this raises questions of management in community. I urge you to send a strong message to managers of this community and image is very bad if we cannot purchase or pay on time,” Nsabimana said. 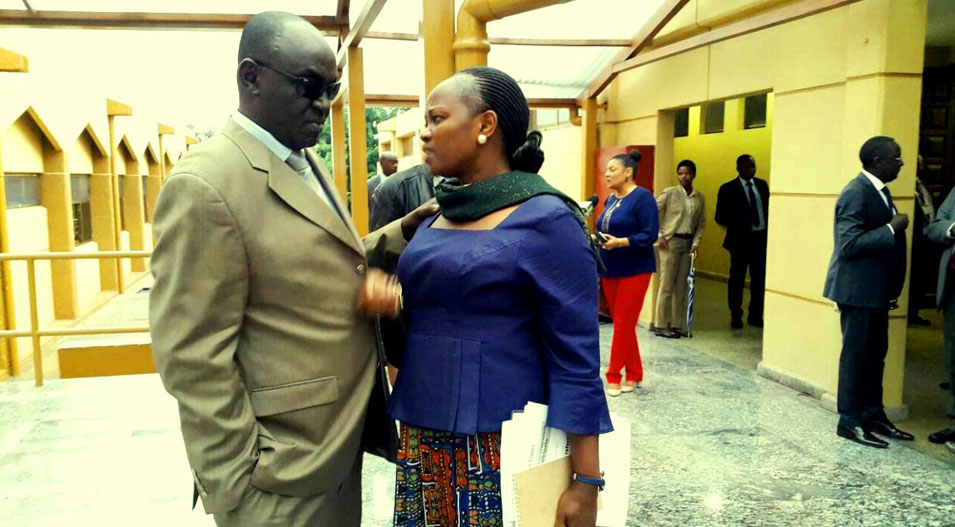 The house floor was gripped with a sense that reintegration was bound to fail due to lack of funds, lack of commitment and some people taking the EAC integration matters as a bye-the-way issue.

Bernard Kasangavu Mulengani (Uganda) narrated his plight of not getting paid on time and seeing some EALA staff toiling but not paid as well- which could blackmail EAC.

“Our suppliers are threatening to send EAC to court because we cannot afford to pay on time and meet our responsibilities. We have ministers here but I wonder what they communicate back to the finance minister when we raise such issues for all these years? The council ministers here have to do something” Mulengani said.

“This is a dark moment of our community if a member state fails to meet their responsibilities,” said Issa Twaha Taslima (Tanzania).

For Dr. James Ndahiro (Rwanda) there is light at the end of the tunnel and even with the evident sense of loss of appetite on integration but alternative funding sources can save the situation.

“It is very sad but I see us losing what we had. Nevertheless, the community doesn’t have to depend on what is coming from member states, let’s think of other ways and learn from other blocs,” Ndahiro suggested.

But Mike Sebalu says that this has been tabled for over 10 years and it is time for the bloc to learn from other regions on how they manage and solicit for funds, and drop the image of integration as a by the way.

“We should look for sustainable alternative sources of funding because failure of this community is not something the citizens in our countries expect to hear from us. We should protect the community and engaging with Heads of States and finance ministers is another option,” Sebalu suggested.

Speaker Kidega upheld a house vote that this issue will be revisited at the next EALA session in Arusha, in May 2017.