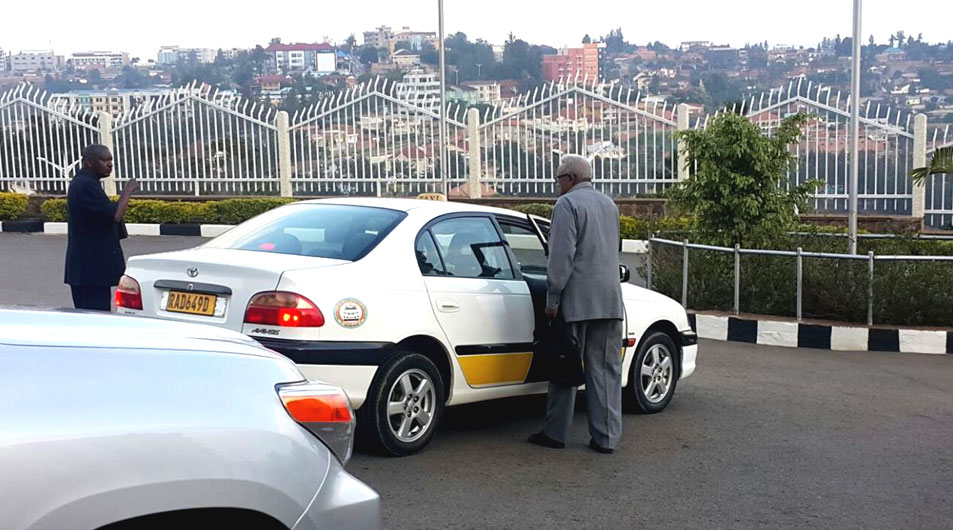 A warning by the Speaker of the East African Legislative Assembly (EALA) to punish the five Burundian lawmakers who boycotted the ongoing session in Kigali, has forced one of them to abandon ship. He arrived in Rwanda today afternoon.

Leonce Ndarubagiye, 75, one of the oldest EALA members is among the Burundian MPs that wrote to the EALA secretariat in February saying they will not attend the sessions on ground of fear for their security.

To the surprise of other EALA members, Ndarubagiye surfaced at about 2.30pm at the plenary session but remained silent throughout the sessions.

The House today discussed regional railway projects. Even when Burundi came up among discussions on the floor, Ndarubagiye was only looking on passively.

Outside parliament, when KT Press approached him seeking for comment, Ndarubagiye quickly dashed to a waiting Rwandan registered taxi car. He constantly made stares of irritation at our reporter.

“I have no comment, leave me alone,” Ndarubagiye said in Kirundi on noticing more journalists running towards him.

EALA sessions are taking place in Kigali from March 5 – 17, 2017, and only four Burundian MPs – all from the opposition were in attendance since the beginning.

They have openly criticised their colleagues for taking such a decision.

“For us we did our job as Burundian legislators. It is not sane for one to take oath to serve the community and then abandon the responsibility,” said one MP.

According to EALA rules and regulations, the boycotting Burundian MPs will not go scot-free. The Speaker, Ugandan Dan Kidega vowed on Monday that the MP will have to file written explanation for their absence because he did not accept their claim of “security concerns”.

All the boycotting MPs are from the ruling CNDD-FDD party of President Pierre Nkurunziza. Relations with Rwanda have fallen to all time low, as Burundi accuses Kigali of fomenting chaos in their country. Rwanda has simply ignored repeated Burundian provocations.