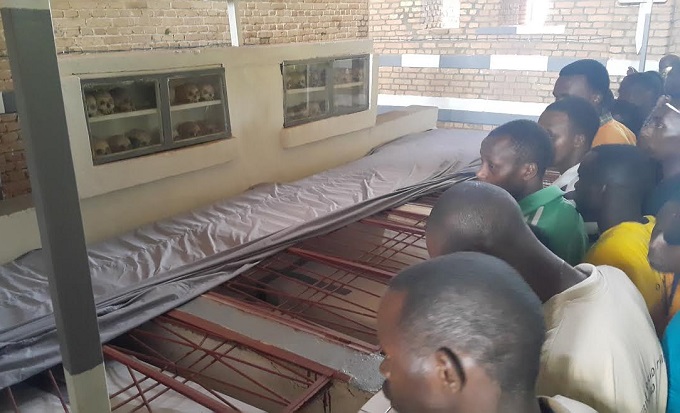 A former army captain serving 35 year sentence at a Malian prison for genocide in Rwanda knows exactly what happened to thousands of Tutsis who sought refuge in April 1994 at Kibeho catholic parish, a site where the Virgin Mary has made apparitions.

Kibeho is today part of Nyaruguru district in south-western Rwanda. It has ten genocide memorial sites – more than any other district. Back in 1994, the region had the biggest concentration of Tutsis. And when the genocide began on April 7, militias were ferried in government buses from far regions to boost the killing machine around the Kibeho hills.

Survivor Muzigirwa Laurent, with his pregnant wife and elderly mother arrived at Kibeho parish on April 9 – three days into the massacres that were going on around Rwanda. It was a Saturday. And by the end of the following week, Kibeho was site of unimaginable horror – as human corpses decomposed all around.

Inside the Kibeho church, hundreds who had locked themselves and refused to open, were burnt alive. The church was set on fire by the attacking militias.

For those that were outside trying to fight off the militias and government army, their luck ran out. They were butchered and dumped in prepared mass graves within the church compound. 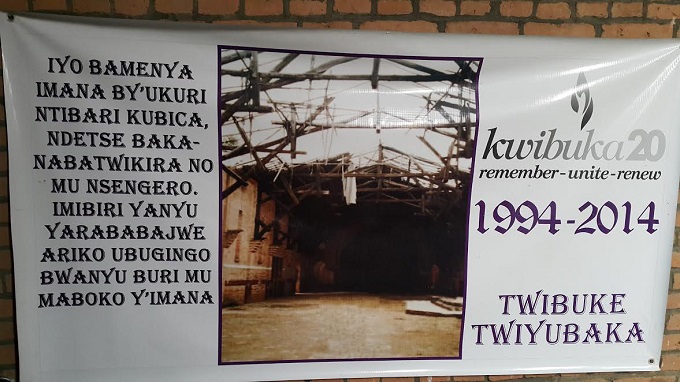 The only existing image of the completely burnt church, set ablaze by genocide militias to kill Tutsis who had locked themselves inside

Now, a former elite army captain, who was in a convoy retreating from the advancing RPA rebel forces led by Gen Paul Kagame, gives first public insight into what happened in Kibeho by a perpetrator.  According to Capt Ildefonse Nizeyimana, the convoy arrived at Kibeho on May 15.

“At Kibeho there were ruins of a destroyed church, a horrible stench from bodies of very many people killed and dumped in mass graves,” narrates Nizeyimana in a document released online from his prison cell.

He says the massacre of Tutsis at Kibeho raged on from April 10, 11, 12 and the final assault was April 14. During the following days, militias used bulldozer and their own arms to throw the bodies in mass graves. They left some uncovered. 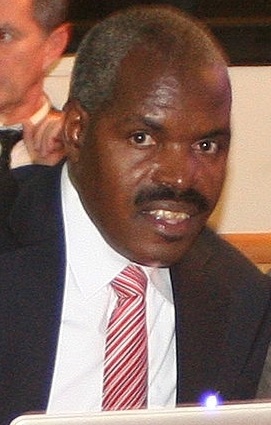 Nizeyimana’s narration, which however omits highlighting those burned inside the church and also refers to the thousands dead as “people”, corroborates accounts by survivors of the Kibeho carnage.

More than 28,000 Tutsis were massacred at Kibeho parish. All are laid to rest in the Kibeho genocide memorial site. Muzigirwa Laurent, who arrived there on April 9, is among about 200 survivors.

Today, Kibeho church is like no other. The remains of the victims have been left in one side of the church, while the other is for prayer. There is only one photo of the burned out church, and it is inside the facility.

The man who led the militia assault on Kibeho is Laurent Bucyibaruta, then Prefect (governor) of Gikongoro prefecture, who remains a free man in France.

As for the commando Nizeyimana, he says they witnessed the apparition of Virgin Mary on that same day May 15, then continued with their journey, eventually ending up in the then Zaire (DR Congo).

Nizeyimana and the army’s elite units he had commanded in Butare prefecture fled through a corridor established by French forces. He was arrested several years later, handed to the International Criminal Tribunal for Rwanda (ICTR) which sentenced him to life in jail.

A controversial appeals ruling by a judge who has been denounced by the Rwanda government and survivors due to a series of questionable decisions, reduced Nizeyimana’s sentence in 2014 to 35 years. 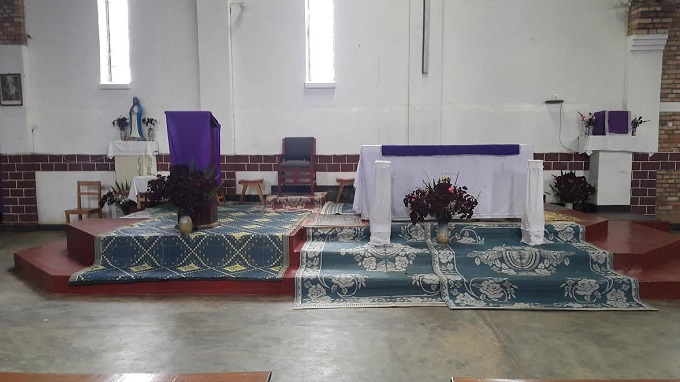 In camps But Not Refugees; Life inside Burundian ‘settlements’