Two years after the establishment of Mahama refugee camp, the UN Refugee Agency camera lens released the real picture of a Burundian refugee in Rwanda; Mahama that transformed into a decent living area, and a model settlement among all refugee camps in Rwanda and beyond.

UNCHR staff have been attentively watching the movement of Mahama refugees at sunset, and realized hundreds of them re-entering the camp after a day’s work at the local community, local markets or from learning in the nearby school.

Part of a press release from UNHCR indicates that there is, among the refugees, “a sense of the normalcy that they once experienced in their home country.”

Mahama camp opened on 22 April 2015, following a sudden mass influx of refugees from Burundi who were fleeing violence related to the presidential elections. In a span of just three weeks – between April 1 – 22 –, there were already 9,500 Burundian refugees in urgent need of life-saving humanitarian assistance.

Currently, the number of Burundian refugees stands at 84,898, of which two thirds – 53,000 individuals – are living in Mahama camp while the rest live in Kigali and the country secondary cities.

Located in Kirehe district, eastern province towards the border with Tanzania; Mahama camp is now being referred to as the “13th Sector” of the district because it benefits from everything any other Rwandan in the area benefits.

“Two years later, Mahama camp is almost unrecognizable, having transformed from a panorama of plastic tents and temporary infrastructures into what appears to be a model village where services are available to refugees and host community members alike,” reads part of the UN Refugee Agency Statement. 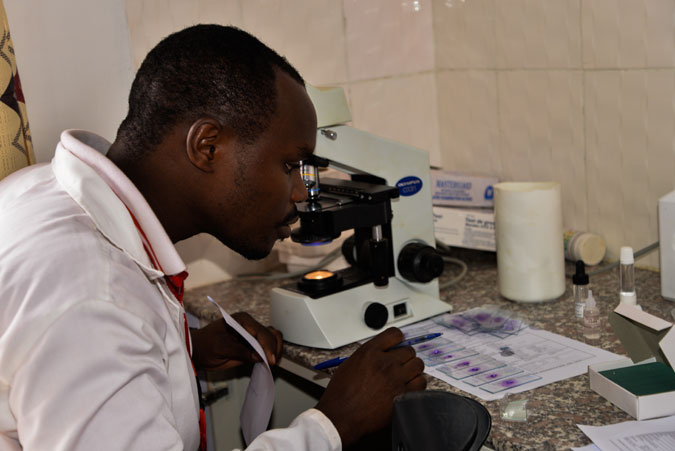 Inside the camp, Rwanda and its partners have already installed a health system similar to other sectors of the country.

“Two health centres are operated by Burundian and Rwandan doctors who mingle within the health centre corridors, supporting patients daily while cases requiring secondary and tertiary level care are referred to the local hospitals.”

Rwanda has set a target to provide a health centre in its 460 sectors. This target was already exceeded in Mahama camp.

According to Seraphine Mukantabana, Rwanda’s Minister for Disaster Management and Refugee Affairs, the country is also working on a project to provide community health insurance to Burundian refugees. The project will start with the refugees in cities in July.

Over 80 percent Rwandans subscribe to an annual community health insurance scheme. Rwf 3000 is enough to get medication through the year. A patient will only be required to pay 10% of the total cost of health service at a hospital.

As of education, Rwanda has also applied the education for all policy in Mahama, whereby all school-age refugee children are integrated into the national school system and have access to education alongside Rwandan Pupils/students from the host community.

Currently, best students at secondary schools get scholarship for universities in Rwanda. They also obtain American-accredited university degrees without having to leave the country, in partnership with Kepler.

Kepler is a non-profit higher education program that operates a university campus in Kigali, Rwanda. It is one of the first programs worldwide to integrate massive open online courses (MOOCs), flip teaching, and other education technology practices into a blended learning curriculum.

Its goal is lowering the cost of higher education without a reduction in academic quality or outcomes.

The camp which is light by solar energy offers a computer room to connect refugees in Rwanda to other women around the world, and counselling rooms and offices for women’s cooperatives.

Already, reads part of UNCHR statement, “50 refugee women have been assisted in forming a registered cooperative that has now made 6 shipments of exports to the USA that are being sold through an online store.”

Moreover, entertainment is not strange at Mahama, rather, what a city dweller in Kigali can do, a refugee in Mahama also can.

With support from MIDIMAR and UNHCR, “the camp today features a vibrant market where refugees and host community members can get a haircut, shop for groceries, or watch the latest football match,” wrote UNCHR.

More is coming. In March this year, the national leadership retreat, a meeting of government leaders which discusses all matters of the country decided that all the refugees in Rwanda have to be given an alternative energy to the firewood.

Inyenyeri Refugee Camp, a company that was contracted to provide alterative is already providing biomass pellets that are used to cook.

According to Valerienne Maltemps Inyenyeri Field Manager, the pellets are made out of reeds. They help to save 90 percent of the wood and are environmental friendly. They produce no smoke.

“The project started in the Kigeme refugee camp and will be rolled out in other camps,” said Maltemps.

Jean Claude Rwahama, Director of Refugee Affairs Unit at Midimar told KT Press that Inyenyeri‘s project is only a pilot project but more initiatives in pipelines.

“We are working on a feasibility study to provide cooking gas as an alternative to the wood. It is still too early to predict the outcome but we see it as a good project,” said Rwahama.

“A solid and strong partnership as well as a harmonious approach between Rwanda and UNHCR has led to provision of exceptional services to refugees in all camps to the extent that Rwanda is an example to follow in numerous fields,” reads another part of UN Refugee Agency statement.

“The freedom of movement, the access to modern schools, health services and ability to interact freely with the host community can only be attributed to the existing peace and good relationship between the Government of Rwanda, UNHCR and international community.” 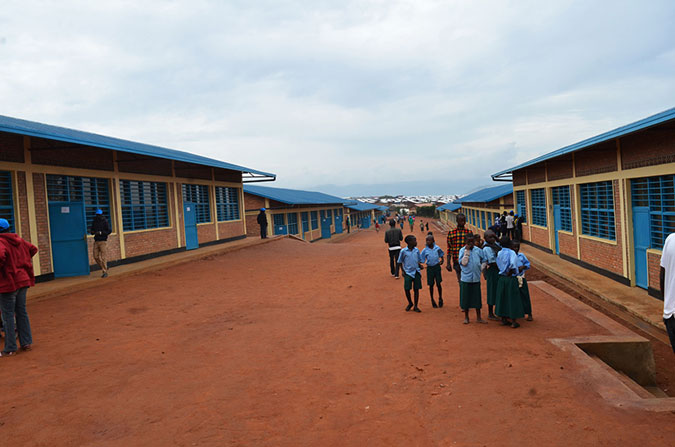 Mukantabana told KT Press that the government has always been determined to treat all the citizens and guests on its land alike.

Despite commitment to provide decent living however, Rwanda fears to fall short of land where to host them.

“Rwanda is still in negotiation with different embassies to see if we can have other countries to host refugees as we are running out of land,” Mukantabana told KT Press.