Home NewsNational Africa, Europe Not Threat to Each Other – Kagame
NationalNews

Africa, Europe Not Threat to Each Other – Kagame

President Paul Kagame says he sees no reason why Africans and Europeans should continue to see each other as a threat yet there is always win – win situation whenever they agree to work together.

European governments are struggling to find a response to an influx of migrants from Africa. A recent report by an Austrian intelligence agency said as many as 15 million new migrants could enter Europe from Africa in the next three years.

On the other side, thousands of European companies, business moguls and academicians flock to Africa to widen their venture especially in oil, minerals and other investments.

Addressing participants today at the opening ceremony of the European Development Days in Brussels, Belgium, President Kagame said that the dignity and safety of migrants both in their country of origin and destination is paramount.

“Today, a decision to leave one’s country usually partly starts with a sense that one’s potential cannot be fulfilled at home,” Kagame said.

Kagame was invited by Jean-Claude Juncker, President of the European Commission to participate at the opening of a 2-day European Development Days forum which started today. 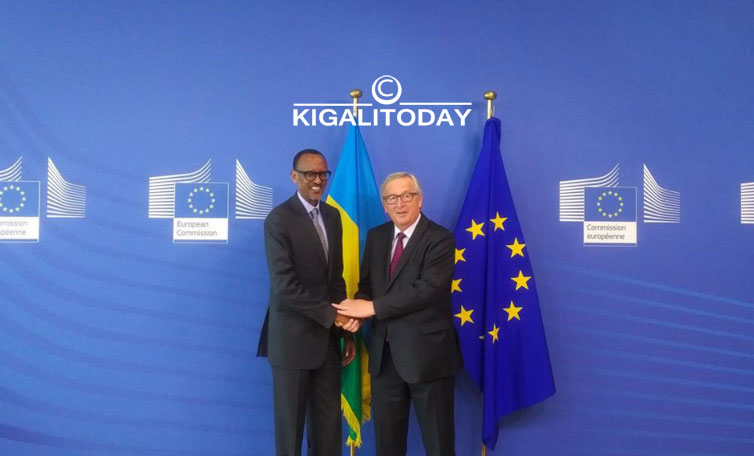 The President told European and African policymakers at the forum that while people may draw different lessons from their respective histories, there will always be ample room for discussion and exchange of views among friends.

To achieve this, Kagame said, “The migration crisis is a consequence of policies that have not worked well for a long time, if at all.”

According to President Kagame, compromising stability by seeking to impose one’s values on others will always have adverse outcomes for everyone involved.

“This is what needs to be addressed urgently. If we have honest and objective discussion, we find that there is actually no basis for Africa and Europe to see each other as a threat,” he said.

Organized since 2006, EDD 2017 promotes a new global strategy to address the most pressing global challenges and bring together development actors committed to tackling poverty worldwide with a particular emphasis on engaging the private sector as a partner in economic development. 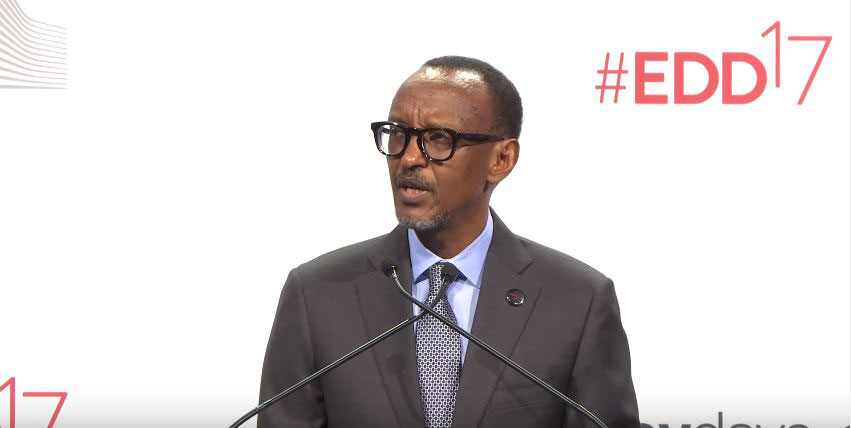 At the meeting, Kagame called for joint efforts to strengthen the promise and potential of private sector, women and youth – key themes for this year’s forum.

“These goals are tied together by one simple and powerful idea and that is unleashing all the potentials in society in order to build a more equitable and prosperous future for all of us.”

“This is the reason Rwanda not only passes laws mandating gender equality in land and inheritance rights and political representation but also continually to change popular mindsets.”

Kagame emphasised that for Rwanda, the energy and dynamism of young people drives innovation – a reason why “we invest heavily in technology in particular ICTs and connectivity.”

For Kagame, a vibrant private sector creates opportunity and wellbeing that government alone cannot deliver, which is why his government in particular continues to work to make Rwanda one of the easiest places in the world to do business.

On Gender equality, the President said that Rwanda considers women participation in all corners of governance and society as a priority.

“It is impossible to imagine a pathway to prosperity where rights and talents of women are not given their full place,” the President said. 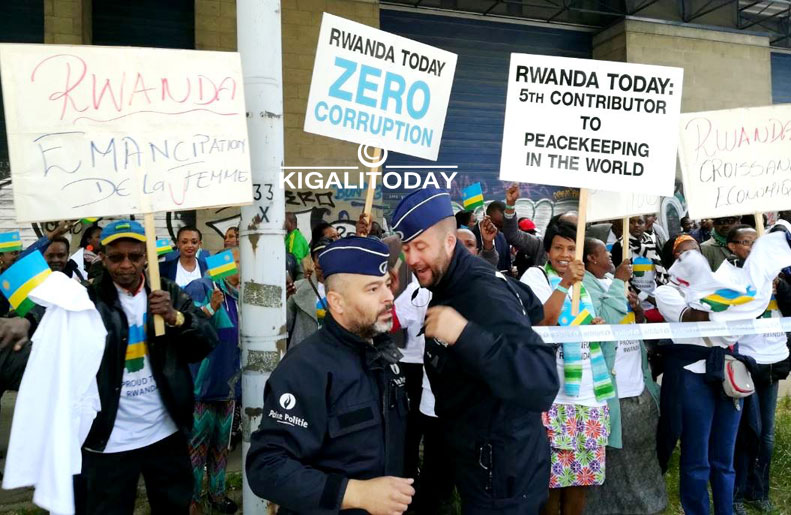 While Rwanda has become a global icon in gender equality, Christine Lagarde, Managing Director of International Monetary Fund (IMF) that also spoke at the same opening session with Kagame said that some countries still favour laws that discriminate women.

“Although countries claim to be for the empowerment of women, 90% have laws that undermine equality for women. It is macro economically relevant to empower women and boost economic growth,” said the IMF chief.

Meanwhile, President Kagame thanked EU for being a good partner to Rwanda in its development paths.

“The EU has been a very good partner in these efforts and the support has been put to good use in Rwanda and is greatly appreciated.

We commend Europe’s recognition that economic and social development is a joint enterprise that benefits all of us. Sustainable development rests on a foundation of good politics and respect for rights.”