No One Can Impose On Us a ‘Dress Code’

For a very long time, Rwanda has been imposed on a wrong brand. But the country has recently adopted its rightful ‘dress code’.

Candidate Paul Kagame of the ruling Rwanda Patriotic Front Party  told voters in Karongi district that “It is not so long since the country returned to its rightful owners, not more than 23 years I guess,” adding that it’s the donors who taught us their democracy.

Kagame said that during colonial period, people came from very far to tell Rwandans that they did not own their country. 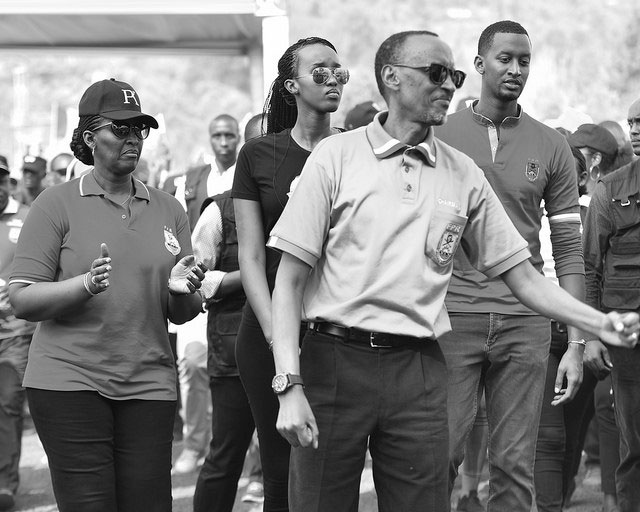 During the colonial period, “these Imishanana (dress for Rwandan women), it was suggested they be thrown and our women dress up in short dresses. Now Rwandans know their dress,” Kagame described his point.

In elaborating his point to voters, candidate Kagame warned that however much Rwanda needs friends, they cannot stop citizens from doing what they desire.

“We want friends and want to work with them, but the first things is – what is ours should be ours. Let’s wait till August 4th to vote for development. We shall build a foundation based on culture of collaboration and security in which everyone must be part of,” he said.

Kagame said, “It requires money and effort but we will get there. Even the money is coming. We have the efforts we have and we are used to working together. Those who stir us up are tired and we are still moving on. Even if they came again they will get tired and we will move on. We are ready,” Kagame said.

Kagame further said that those who speculate that there is a climate of fear are yet to get used to a new Rwanda.

“Those who say people are forced to come here (campaign rallies) will get to know us better.”

“Those who interfere with us have tried and failed. Some people even wanted to impose on us their democracy while we have our own that fits us.”

For the rest, Kagame asked supporters to vote for him, to allow further development.

“Karongi has never stayed backwards and will not stay behind…..The electricity, schools hospital plants, and all infrastructure is developed and we should develop it further.”
The methane gas, he said, fishing and tourism here will be boosted for our development.