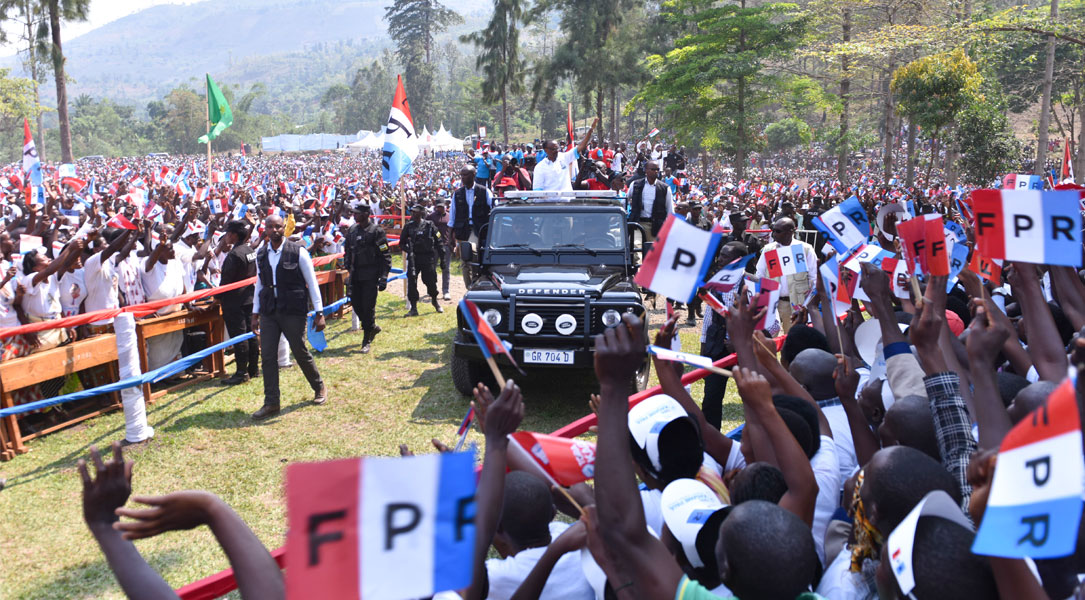 For many years, the genocide regime treated differently residents of Rusizi district bordering Burundi and the Democratic Republic of Congo.

It was total discrimination –  The former President Juvenal Habyarimana and his predecessor publicly addressed Rusizi residents as a separate community.

But things have changed under the new government. The Rwanda Patriotic Front (RPF) Inkotanyi – incumbent President Kagame campaigned in Rusizi on Thursday seeking votes for another presidential term of  seven years.

He told his voters gathered at Ku mashyuza ground, “You are new. Since RPF started to lead our country, every Rwandan is a citizen with full rights. We don’t discriminate anyone,” he told thousands of his supporters.

There are many infrastructure projects that have been introduced in Rusizi district; CIMERWA – a cement factory with a projected annual production capacity of 100,000 metric tons, a huge rice farming valley, tarmac roads and electricity rollout, among others.

“We have come from far but we still have a long journey ahead,”Kagame said.

Kagame reflected on insecurity in neighboring Burundi, and thanked Rusizi residents for maintaining their internal security against insurgents from neighbours.

“Keep being good citizens to your neighbours. If possible, visit each other,” he said.

Meanwhile, two self-exiled Rwandans including Thomas Nahimana, a catholic priest who proclaimed himself a politician and Faustin Twagiramungu, former Prime Minister in Rwanda hail from Rusizi.

While speaking at the campaigns, Edouard Bamporiki, a Member of Parliament and also native asked Rusizi residents to ignore exiled politicians that hail from this area.

“The two men natives of this land are a priest who turned a pagan and an old politician. None of us is behind them,” Bamporiki said.