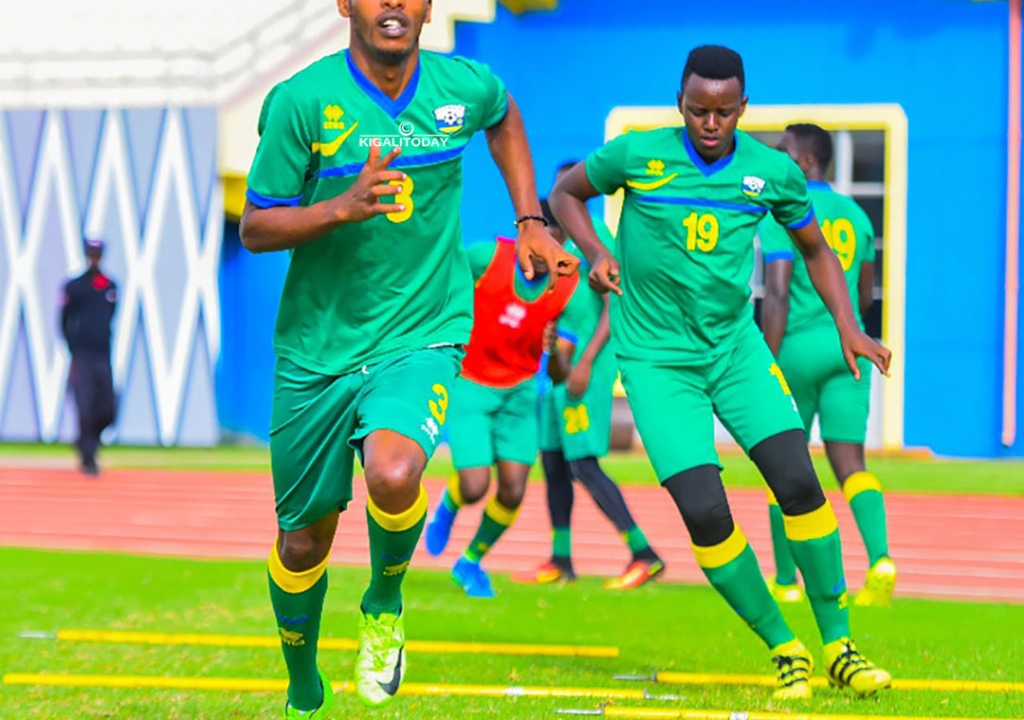 Rwanda’s Amavubi Team beat Ethiopia 3-2 away in Addis Ababa to brighten their hopes of landing the maiden slot of participating in next year’s Africa Nations’ Championship (CHAN) which will be held in Morocco.

Goals from left back Rutanga Eric courtesy of a brilliant free kick in the 55th minute, Hakizimana Muhadjiri in 78th minute and Biramahire Abeddy in the 80th minute earned a crucial away result for Rwanda, their heaviest win away from home registered in recent years.

Ethiopia who dominated the game scored their goals through Ethiopia Coffee midfielder Aschalew Girma in the 18th minute before doubling their score in the 65th minute courtesy of a brilliant header from St. George striker Abubakar Sani.

The win puts Amavubi in a crucial position to qualify to next year’s continental championship going into next Sunday’s return leg as they will only be required to settle for a goalless draw to be assured of automatic qualification.

Rwanda and Ethiopia are vying for a final place at next year’s CHAN finals following Egypt’s withdrawal after clubs refused to release players as the tournament for home-based footballers is not staged during a FIFA international window.

The Egyptians were eliminated in the qualifying competition by Morocco, who then replaced unready Kenya as hosts, creating a vacancy in the 16-team field.

Egypt were reinstated only to pull out, leaving Ethiopia and Rwanda to play each other on November 5th and 12th for a finals place.

Rwanda and Ethiopia and Rwanda were eliminated during the final qualifying round and the organisers said they were given a second chance as “part of a concern for fairness”.

Qualification is regional and the east will now have three representatives along with the centre and south while the west has five and the north two.

Morocco will host the Nations Championship draw in Rabat on November 17, and the tournament in Agadir, Casablanca, Marrakech and Tangier between January 12 and February 4, 2018.

Rwanda graced the last edition of the tournament which they hosted in 2016 – reaching quarters where they got eliminated by the eventual winners the DRC.