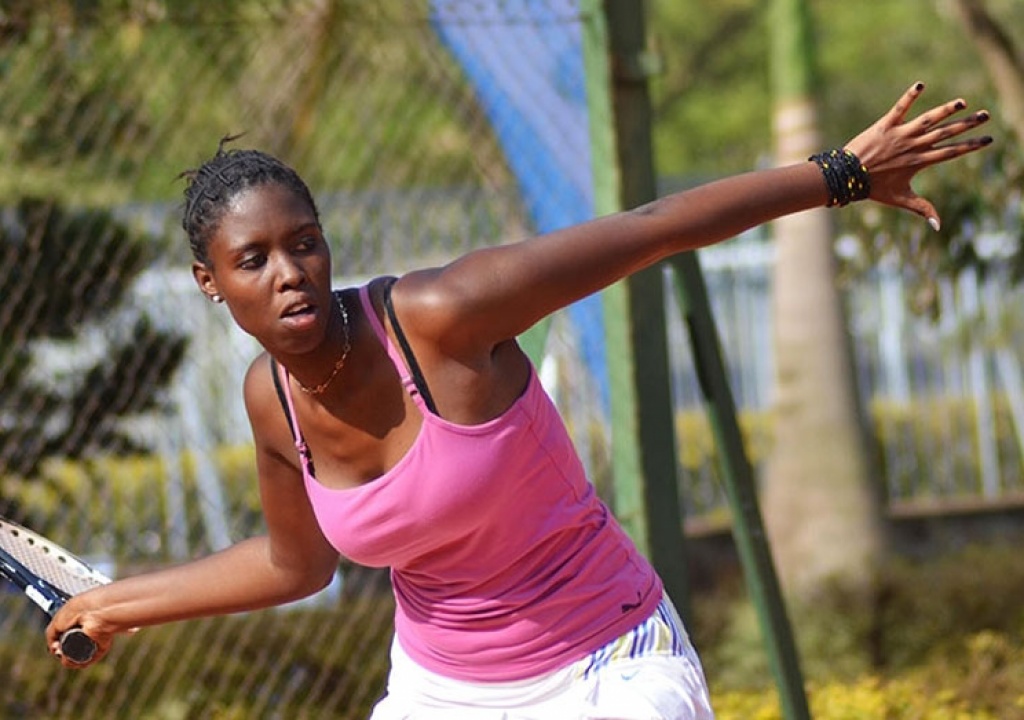 The nation’s hopes of reclaiming the Rwanda Open Tennis title from the foreign legion hinge on the country’s top seeds Olivier Havugimana and Gisele Umumararungu as the duo booked their places in the quarter final round in Tuesday’s matches.

Havugimana who was in an upbeat mood overcame hard resistance from DRCongolese Bienvenue Bolangi as he lost the first set 4-6 before winning the remaining two sets 6-1 6-0 respectively in the men’s category.

Another unseeded Rwandan Mubarak Harerimana edged out Kenyan sixth seed Kevin Cheruiyot 6-4 3-6 6-1 to sail through to the quarter final round.

Rwandan Etienne Niyigena defeated Ugandan Simon Peter Ayella 6-4 6-3 to set up a second round clash against Kenyan fourth seed Ibrahim Kibet in a match which will be played on Wednesday with the winner progressing to the quarters.

The tournament’s favourite winner Uganda’s top seed Duncan Mugabe played two matches following his arrival on Monday. He faced Rwandan Hamisi Gatete who gave him hard time as he lost won the first set 6-4,lost the second set 3-6 before returning back stronger to claim the third set 6-3 in the first round.

In the second round, he made no mistake as he easily recorded 6-4 6-4win over Burundian Issa Cuma to reach the quarters.

In the women category, Rwandan fourth seed Umumararungu cruised past Ibirunga player Marie Claire Uwimbabazi 6-0 6-0 to storm the quarter final round. Another Rwandan Marie Chantal Mutuyimana sent an Italian Valeria Giglioli packing after defeating her 6-1 6-1 to also book a place in the quarters.

The quarter final round in both men and women category will be played on Wednesday at Amahoro National Stadium tennis court.

The 2017 edition of Rwanda Tennis Open, which is organised by the Rwanda Tennis Federation in collaboration with the Ministry of Sports and Culture, Bank of Kigali and Tigo, will see the winners take home US$1000 (men) and US$1000 (women) in prize money.