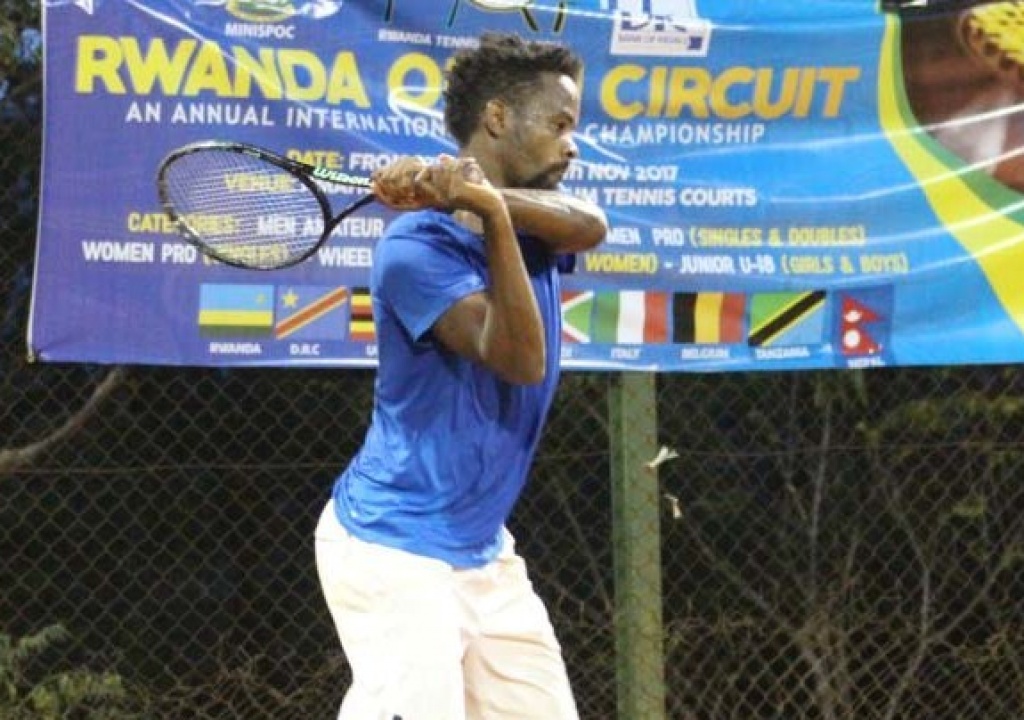 The two players are poised to meet in the final on Saturday at 12:30 after they breezed into Friday’s quarter-finals.

Mugabe, seed one sailed to the final easily with a 6-1,6-2 win over Rwandan seed five Olivier Havugimana while unseeded Changawa defeated unseeded Ugandan David Oringa 6-1 6-1 to book a final spot.

Speaking to KT Sports, Mugabe said, “I am happy having reached the final. It has not been easy but this is all due to hard work. I will have to concentrate on my play during the final and ensure that I win because am aiming for the title.”

Kenyan Changawa was also delighted having cemented a final spot. He said, “It’s good having overcame the challenge from Ugandan Oringa to seal a place in the finals. I will be facing a tough opponent in Mugabe, so I am ready for him and hopefully, I will reign over him to lift the title.”

In the women’s double category slated at 13:30, Burundian pair of Kitambala and Niyokuru take on Kenya duo of Changawa and Juliete Cherono.

The winners of the Singles title in both genders will take home US$1000 in prize money, while the doubles’ winners will get US$500, while the Wheelchair tennis champions will earn US$300.

2,500 Residents of Bugesera Get Water