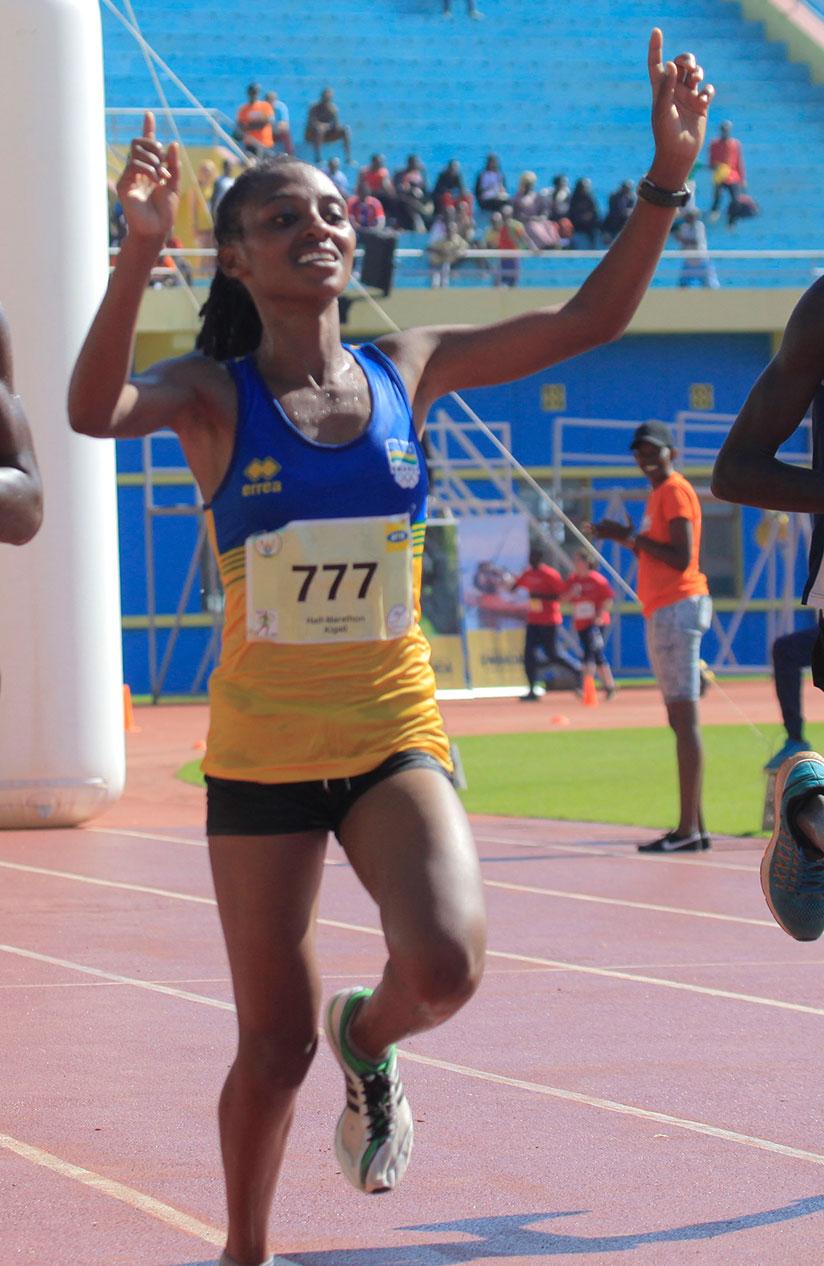 Hitimana, a professional athlete with APR athletics club won the 21km race in one hour, five minutes and twenty seven seconds to come ahead of Kamonyi’s Manirafasha Primier who crossed the finish line eighteen seconds later.

In the women category, 20-year-old youngster Nyirarukundo who made history by becoming the first Rwandan female athlete to win the 2017 Kigali Peace Half Marathon since the inception of the annual event in 2005, extended her good performances as she won the women category in one hour, fourteen minutes and twenty two seconds.

She ensured a 1-2-3 finish for APR athletics clubs as Iranzi Celine and Yankurije Martha came in second and third positions in 1h20’17 and 1h23’22 respectively.

The first edition of the Kigali Run Blue attracted 2000 participants who took part in the half marathon event and 5km run for fun.

The race was organized by Rwanda Athletics Federation (RAF), Rwanda Biomedical Centre (RBC) and Rwanda Diabetes Association (RDA) and sponsored by Tigo Rwanda and the Ministry of Sports and Culture.

According to Crispin Gishoma, the head of the Diabetes Association (RDA), this year’s edition was aimed at sensitizing people to do sports which will protect them from life style diseases like Diabetes.