Who is Manirareba Fighting Catholic Church in Court? 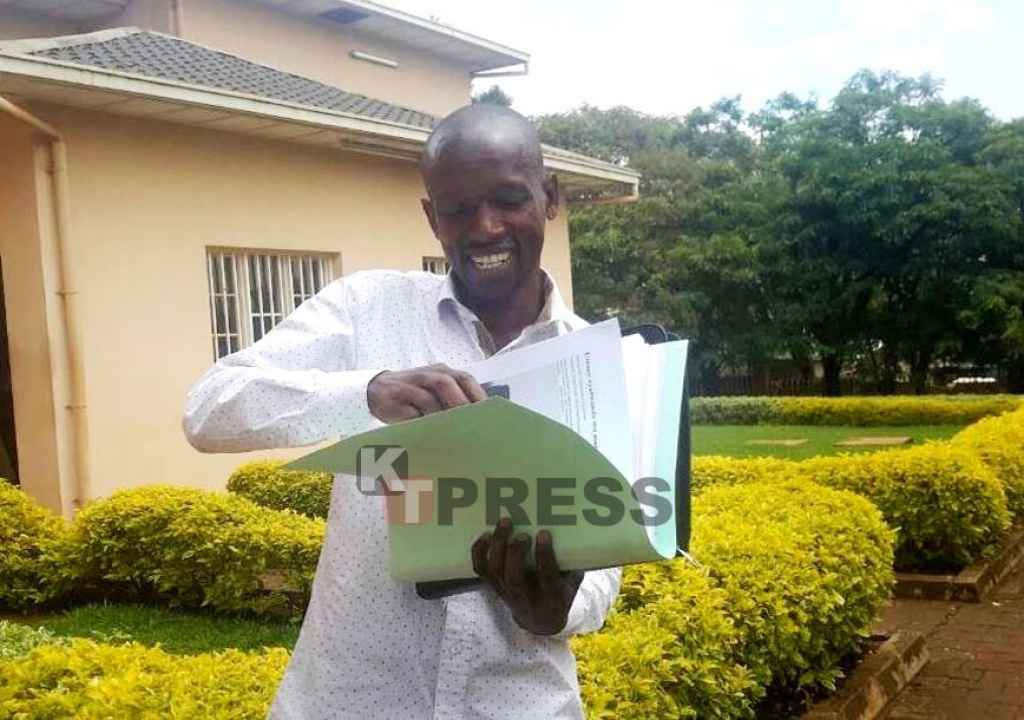 Manirareba flips through documents in file shortly after a pre-trial session recently. On Thursday the court battle will begin between Manirareba and Catholic Church in Rwanda represented by Archbishop Thadee Ntihinyurwa

On Thursday, a Rwandan court will convene to hear a case in which the Catholic Church is accused of manipulating the Kibeho Apparition by claiming it was Virgin Mary.

Archbishop Thadee Ntihinyurwa and a concerned citizen Herman Manirareba are scheduled to appear before the Nyarugenge intermediate court under a case already filed number RC00468/2017/TGI/NYGE.

Specifically, Archbishop Ntihinyurwa has been dragged to court on grounds that he was part of the Catholic Church Jury which approved that the Kibeho Apparition were indeed of biblical Virgin Mary.

But Manirareba acting on behalf of citizens, doesn’t believe so. For him, the apparition to three college girls in 1980s were of the spirit of Nyirarumaga Queen mother to King Ruganzu II Ndoli.

The court will thus begin hearing this case in-depth and will later on decide after assessing submissions and counter submissions of parties involved.

Making several phone calls yielded nothing. But there was one important pointer that would lead to substantial information about this man.

Since KT Press had last week published a story in relation to this case, we tried Nyarugenge Intermediate Court where Manirareba attended the pre-trial hearing.

From the court records, it was established that Manirareba is resident of Nyabitare village, Gitare Cell, Nyarubaka Sector in Kamonyi District but he is now in Kigali.

“I resolved never to reveal to anyone where I live until this case is over,” Manirareba told KT Press on phone before accepting to meet at Kigali City Mall – former UTC, at 15:30.

He refused checking-in at the Mall citing medical reasons, preferring to meet at a restaurant in down town.

In his own words

Manirareba told KT Press since 2007, he has been preparing to drag Archbishop Ntihinyurwa to court. He stopped all activities to concentrate on an investigation to prepare for this trial.

“Working could distract me from my research and I could not have come up with strong findings to face a big institution like the Catholic Church,” Manirareba said, adding that he has spent Rwf50 million in preparing for the trial.

Part of this money, he said, “was raised from my inheritance which I sold for the sole purpose to make the truth told.” 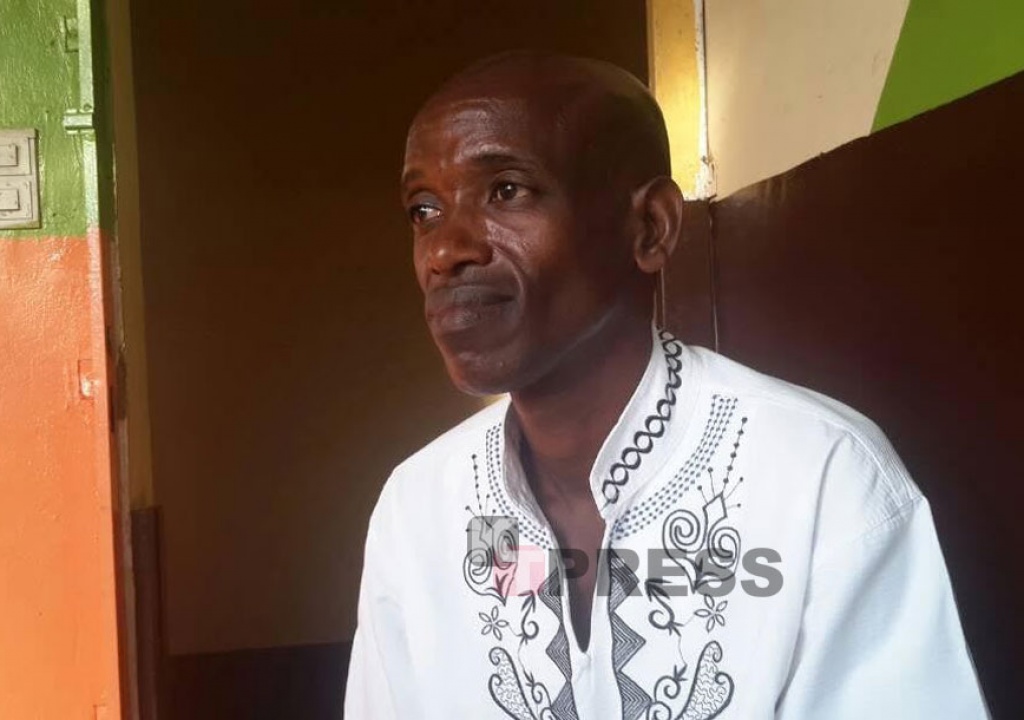 It was very difficult tracing Manirareba’s whereabouts but KT Press managed to link up with him for a conversation at a down town restaurant. He prefers to remain discrete until the court pronounces itself on the matter

Was it Virgin Mary or black woman on bare feet?

Manirareba says his case is substantiated by a range of research findings from 30 books he read including Les Sacrifices Humain Antiques et les Mythes Christologiques by Maniragaba Baributsa, a Rwandan philosopher.

Citing the book, Manirareba says “No culture is superior to another and the Hebrews culture should not be exalted above others.”

He also said, “I even conducted extensive reading about the Kibeho apparitions.”

Apparently, the main fact he bases on to refute Virgin Mary apparition is that “someone who appeared to the girls was not white and she appeared bare feet and spoke Kinyarwanda.”

Manirareba says his research has revealed that Nyirarumaga’s spirit used to appear to Rwandans.

Rwandans do not know much about Nyirarumaga’s death which occurred after the passing of her husband King Ruganzu II Ndoli. According to another myth, she was elevated live to heaven while others say she died a natural death and was buried.

Theodette Umutoniwase, a neighbour to Manirareba at Nyarubaka told KT Press that indeed the man has dedicated his life to the cause.

“He is focused and he always preaches about Rwandan traditional beliefs and the need to stop Christianity,” she said.

In his trial, the complainant cites two people who are supportive of his cause including Kalisa Rugano, a historian and artist.

“I would be in trouble to confirm that it is Nyirarumaga who appeared  Kibeho girls when I don’t have facts,” Rugano told KT Press.

“In contrast, the Catholic Church has its facts to support the authenticity of apparitions.”

“It is not a surprise that Virgin Mary was speaking Kinyarwanda when she appeared to the girls,” said Marie Rose Mukarutabana, from Rwanda Culture and Language, another person Manirareba said to be his witness.

CECAFA Cup 2017: Rwanda to Play all Group Matches in Machakos

Well not surprising to find something to accuse the Catholic Church of. A 2000-year institution doesn’t go on without a long track of dirty secrets and deeds. Its sole purpose seems to be control and power.